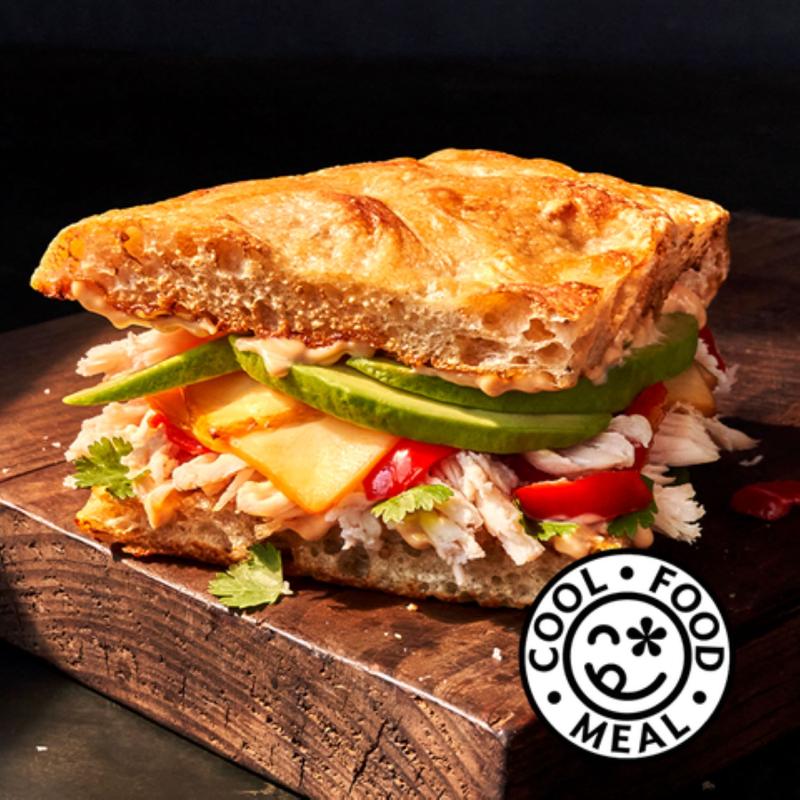 Panera Bread is doubling down on its commitment to the environment.

The fast casual on Tuesday said it has set a goal of becoming “climate positive” by 2050. That means Panera would remove more carbon from the atmosphere than it emits.

The chain said it will set regular, smaller goals to meet between now and then, with several short-term targets to achieve by 2025. They include increasing the sales percentage of Panera’s carbon-friendly “Cool Food Meals,” transitioning to 100% reusable, recyclable and compostable packaging and using green, renewable electricity for at least half of its company-owned restaurants.

“We have to take a step beyond carbon neutral,” Sara Burnett, Panera’s VP of food beliefs and sustainability, said. “We have to close that gap. The climate crisis is already impacting our communities.”

Panera’s goal one-ups one set by McDonald’s earlier this month. The Chicago-based burger giant said it would work to achieve “net zero emissions” by 2050 by working with its franchisees, suppliers and internal teams.

For St. Louis-based Panera, first step toward becoming “climate positive” is to reduce the carbon footprint at its more than 2,100 locations as much as possible, Burnett said. And then it will be about finding ways to remove carbon from the environment through innovations in menu, transportation, packaging and more, she said.

“This is not a short-term journey,” she said.

Panera’s progress toward its 2050 goal will be measured by a third-party agency, much like how the chain’s greenhouse gas footprint has been evaluated since 2016. Since 2017, Panera has reduced its direct emissions per square foot by 15%, meeting its 2022 target a year early.

A year ago, Panera began labeling selected menu items as “Cool Food Meals.” Those entrees, about 55% of the chain’s menu, have a minimal carbon footprint and relatively limited impact on the environment. Cool Food Items include the Chipotle Chicken Avocado Melt, Autumn Squash Soup and many others.

Diners have responded well to the Cool Food messaging, Burnett said. The chain has found high engagement when sending post-purchase emails about the items, as well as increased visit frequency.

Stickers on packaging informs consumers that it is compostable, for example, and how to properly dispose of it.

“Consumers are engaged and see it,” Burnett said. “It’s about embedding it in the guest experience.”

Even though climate change, and the steps to combat it, are complicated topics, Panera said it wants to ensure its diners are involved in the discussion, she said.

“We want to be out there talking about this so people hold us accountable,” she said. “Our carbon footprint extends all the way back to the farm and it extends all the way forward to the landfill. To reach our goal, it’s going to take collaborating and partnerships across whole food systems and agriculture.”