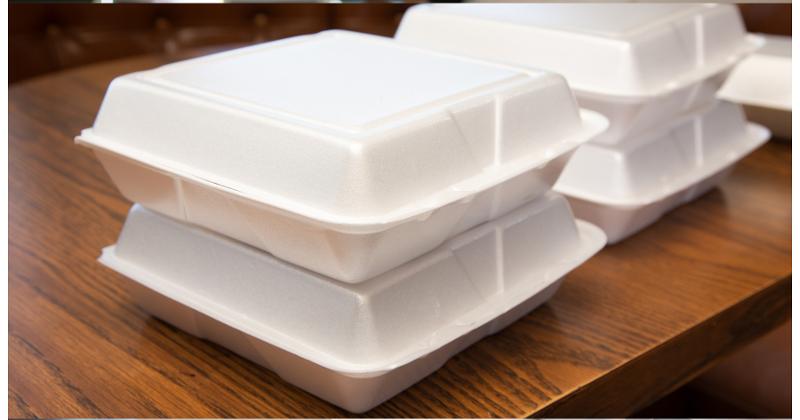 Pressure is mounting on restaurants to end their reliance on single-use polystyrene takeout containers and plastic utensils, with operators in Los Angeles County learning this week that they’ll have to find substitutes by next May.

Restaurateurs in Connecticut may also soon be shopping for alternatives. The state Senate voted Wednesday to ban single-use polystyrene cups and food contains starting July 2024. The bill is expected to be put to a vote in the state House of Representatives before it recesses on May 4.

Operators there can get a sense of what may be in store for them by hopping over to New Jersey in two weeks. A ban on polystyrene food packaging goes into effect in that state on May 4.

The prohibition is part of a watershed bill that also prohibits restaurants and other Jersey businesses from using single-use plastic bags. Restaurants can continue to use paper bags, but supermarkets will be limited to selling or providing reusable totes.

Violators of the Jersey bag or polystyrene bans will be fined $200 for a first infraction, $500 for a second violation and $1,000 for a third lapse.

Colorado’s ban on polystyrene food containers takes effect in 2024, and the single-use containers will be outlawed in Washington starting in June of that year.

Maryland will prohibit the familiar foodservice packages this July, and Virginia will impose the requirement on large operations one year later, with small businesses mandated to stop using the containers by July 2025.

Bans are already in effect in New York, the District of Columbia, Maine and Vermont.

All the measures are intended to divert polystyrene from the waste stream and reduce roadside and ocean litter.

Reusable L.A., the advocacy group that pushed for the polystyrene ban in Los Angeles County, calls that ecological measure “the big one.” It has been pressuring the County Board of Supervisors for years to limit restaurants and other businesses to reusable, recyclable or compostable to-go packaging and utensils.

“Today’s action is a major step forward in reducing our reliance on plastics and reducing its harm to human and marine health," County Supervisor Sheila Kuehl said in a statement released to the media after this week’s vote. "It’s time we put a fork in our use of plastics and took a bite out of the overwhelming amount of plastic county residents needlessly use.”

The new restrictions apply only to unincorporated areas of the county, which constitute about 65% of the jurisdiction.

The activity comes as a surge in off-premise business has lit a rocket under demand for packaging. Simultaneously, disruptions of the supply chain have left many operators scrambling to find enough containers.

Recyclable or compostable containers typically cost considerably more than the polystyrene clamshells that have become a restaurant staple.