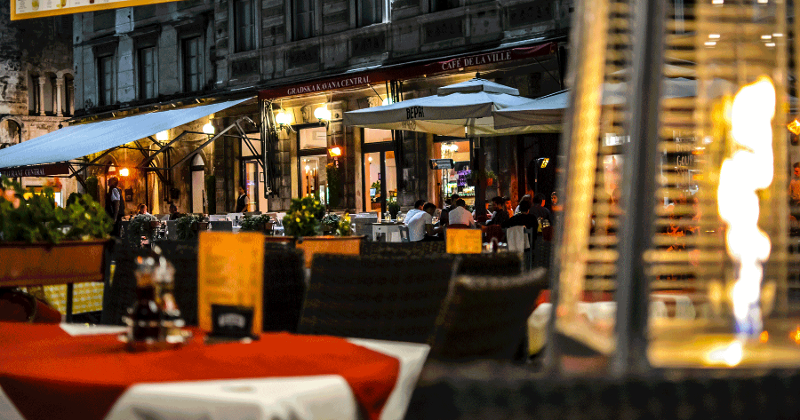 Restaurant operators, trying to eke out some sales before the weather turns too cold, say they’re now having a hard time finding—and paying for—outdoor heaters.

It’s the latest headache in a long string of them, especially for independent operators, who’ve had to contend with the pandemic, civil unrest and even wildfires in some parts of the country this year.

Prelvukaj, who opened his first restaurant 14 years ago, said he ordered 10 patio heaters from Costco, but only received three. The company from which he rents his outdoor tents and umbrellas wants to charge him $100 a day per heater. He said he’s trying to negotiate that price with them.

“I’d have to turn that table three times to make some money,” he said. “You’ve got to do something to give me a break. You can’t forget next year will come and people are going to remember those things.”

Cold-weather cities have their own rules around outdoor heaters and restaurants. In Chicago, for example, restaurant operators can purchase propane or natural gas heaters and fire pits so long as the heating devices are kept away from combustible materials like tents. Restaurants there must have fire extinguishers and must work to keep staff and customers safe in the event of a snowstorm. Electric heaters must be installed by a licensed electrical contractor, the city said.

“It’s very, very challenging,” said Payal Sharma, who owns the modern Indian restaurant BAAR BAAR in New York City’s East Village. “Outside is not created with proper power lines. We’ve had to add so much additional power which, of course, cost us. We had to buy the heaters with the proper connections. They needed to be commercial grade.”

Sharma has purchased about 20 electric heaters for her outdoor dining space and has had to hire an electrician, install additional power lines and put in new electrical breakers.

“I’m hoping the weather stays OK at least until the end of November,” Sharma said. “Indoor dining will only be 25%. That gives us no ability to make money. The bills keep on billing. Liquor has to be bought. Staff has to be paid. Without the outdoor seating, we would not be able to do close to those numbers.”