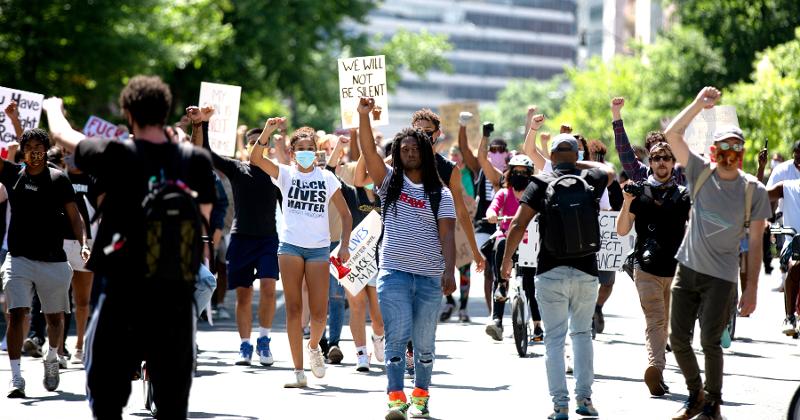 Restaurants’ rebound from the COVID-19 crisis was severely set back in a number of cities by the turmoil that followed the videotaped death of George Floyd during his apprehension by Minneapolis police, new research verifies.

The data show the COVID-depressed sales of establishments in Minneapolis were pushed down by another 33% on the Friday following Floyd’s death, when demonstrations and rioting raged across the country in response to the clip of a policeman kneeling on Floyd’s neck for nearly nine minutes. The sales downturn deepened by 47% the next day before easing to a 27% drop on Sunday from the COVID-impaired average for the 75 days that dining rooms had been closed in the city, according to the research from Womply, a credit-card processor. Sales for the city’s restaurants had topped the 75-day average by 25% on May 25, the day Floyd died, Womply found.

Last Sunday in Los Angeles and Philadelphia, two other cities hit hard by looting and violent clashes with police, sales dropped from their daily average since dining rooms were closed by 27% and 8%, respectively, the data indicates.

Womply speculated that the declines were due to a combination of restaurateurs shutting down to survive the rioting, hours being shortened by the cities’ imposition of curfews, and consumers being afraid to venture outside their homes.

The numbers validate many what operators from coast to coast have reported as the demonstrations over Floyd’s death have continued. A number said the eruptions prompted them to alter their comeback plans.

“Like everyone, we have been suffering for months from the COVID-19 pandemic and had just started planning our slow reopening when George Floyd’s senseless murder set off this series of events which has shaken the core of our country,”  Michael Dorf, CEO of the City Winery food-and-entertainment chain, said in an email yesterday to customers.

The branch in Philadelphia was looted, and employees of the Chicago location opted not to return to work because of the threat of gun violence, Dorf wrote.

“The civil unrest today is worse than the anxiety over COVID—but we understand this is the price sometimes a society has to endure to help repair the world,” he said.

Womply said its research is based on the transactional data from 400,000 restaurants nationwide.