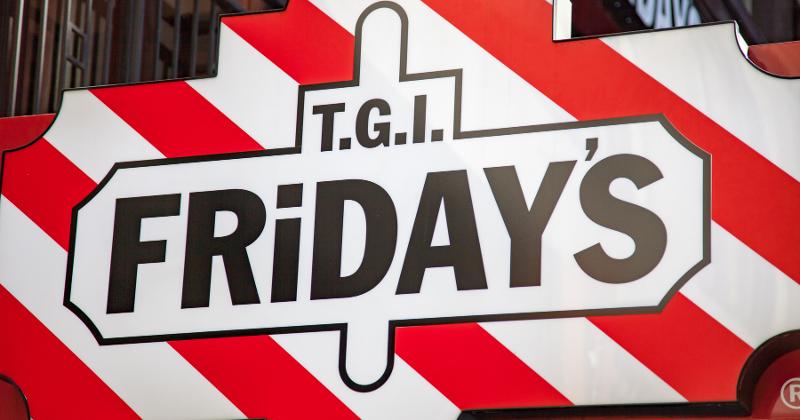 Looking to capitalize on a brisk off-premise business, TGI Fridays is launching a small-format spinoff called Fridays on the Fly.

The scaled-down stores will be delivery- and takeout-focused and will serve multiple virtual brands out of a single kitchen, Fridays executives said Monday during the ICR Conference. They will also have a dining room for on-site guests.

The new format is a product of the pandemic, which has enabled the brand to do more off-premise business. In the past, restaurants had to be a certain size to accommodate dine-in demand at peak times.

"Now that 30% of our revenue comes away from restaurant, we can actually do both," said CEO Ray Blanchette.

Part of the off-premise revenue is coming from a host of virtual brands. Fridays has its own online-only concepts such as Conviction Chicken and has also partnered with C3 to offer some of its brands out of its restaurants. Krispy Rice, for instance, is now in test at 14 locations in Southern California and the Washington, D.C., area with promising results, said John Neitzel, Fridays' president and COO.

The first On the Fly location is currently under construction, and executives did not say how many units it ultimately expects to open. The company expects the stores to generate $2 million average unit volumes with annualized earnings before interest, taxes and depreciation of $300,000.

"The sky's the limit in terms of potential," Neitzel said.

Blanchette noted that the company has experience operating smaller stores in Europe, where the cost of building and staffing restaurants is higher. The Dallas-based chain has more than 700 restaurants worldwide.

It becomes the latest casual-dining brand to try a scaled-down location, though many of its counterparts, like IHOP and Carrabba's, have adapted their brands for the fast-casual format. Fridays on the Fly will apparently be a full-service restaurant, albeit smaller than the typical Fridays.