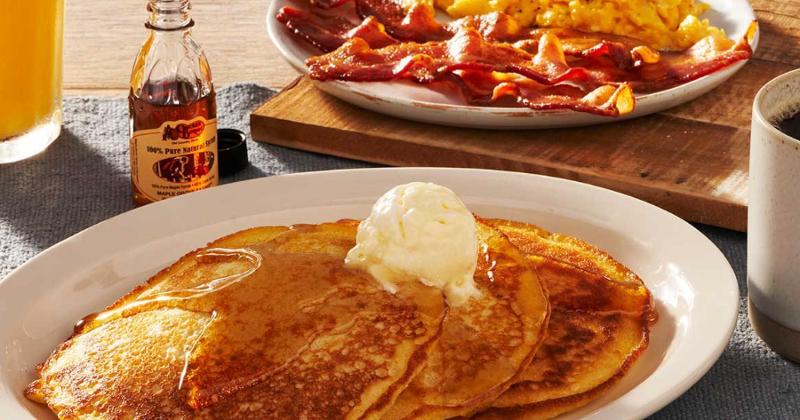 Cracker Barrel’s first ghost kitchen was uncharted territory for the brand, in more ways than one.

Opened in October in Hollywood, it was not only the chain’s first ghost kitchen, but also its first Los Angeles location, and its first location in an urban market, period.

That’s a lot of firsts for the 53-year-old family-dining chain, and the company knew it would be a learning experience, said Matt Schaefer, senior director of off-premise growth for the 660-unit chain.

When it first came to Hollywood, the chain was betting that at least some residents had heard of Crack Barrel before. It augmented that with a big PR push. But it also had to invest in attracting new guests who didn’t have Cracker Barrel on their radar, an effort that is ongoing.

“Letting them know we’re there is still top of our mind,” Schaefer said.

Though he declined to reveal sales figures, he said they have been “very promising”—enough so that Cracker Barrel last month opened a second ghost kitchen in nearby Lawndale.

Schaefer would not say whether one brand has outperformed the others, but noted that Cracker Barrel Kitchen’s varied, Southern-style menu “has done really well for us.” The pancake brand, meanwhile, has succeeded in capturing guests who are searching for that particular item.

Chicken ‘n Biscuits has required some fine-tuning to help it stand out in the crowded fried chicken space. The brand recently expanded its menu of tenders and bone-in fried chicken to include the ever-popular chicken sandwich. It also added meal combos.

The idea was “to widen the pool of what people expect from a place where they have a craving for fried chicken,” Schaefer said. “One of the ‘aha’s’ for us was obviously in the competitive space, we were missing a bundle, a drink … something to fill the whole lunch or dinner daypart.”

Overall, sales have been fairly even across dayparts, he said, with lunch and dinner leading the way. “In general, we haven’t seen a ton of what I’d call need state in our current menu,” he said.

As it dials in its brands, Cracker Barrel has also been figuring out how much staff it needs to operate a 200- to 400-square-foot delivery-only restaurant.

“Out of the gate, we started with more labor than we needed,” Schaefer said. It’s still working through that equation, but he said two to four employees is generally the sweet spot, depending on order volume.

Brands sometimes use ghost kitchens as a way to test a new market before expanding there with brick-and-mortar stores. Could that be the case for Cracker Barrel in LA?

“I can’t definitively say that is a, call it a Trojan horse,” he said. “But it does give us a good view of what it would take.”

Cracker Barrel is leasing space from CloudKitchens for both of its LA locations, and plans to continue working with the provider going forward. For its next ghost kitchens, though, it’s targeting areas where it already has restaurants nearby and therefore more built-in brand awareness, Schaefer said.

As for how many ghost kitchens it might eventually  have, “That’s the million-dollar, $100 millon, $200 million question,” he said, adding that there is “a ton of potential” for the convenience of delivery combined with Cracker Barrel’s homestyle food and nostalgic brand.

“Currently we’re looking at it as, how do we create an adjacent opportunity for guests that already know and love us?” he said.