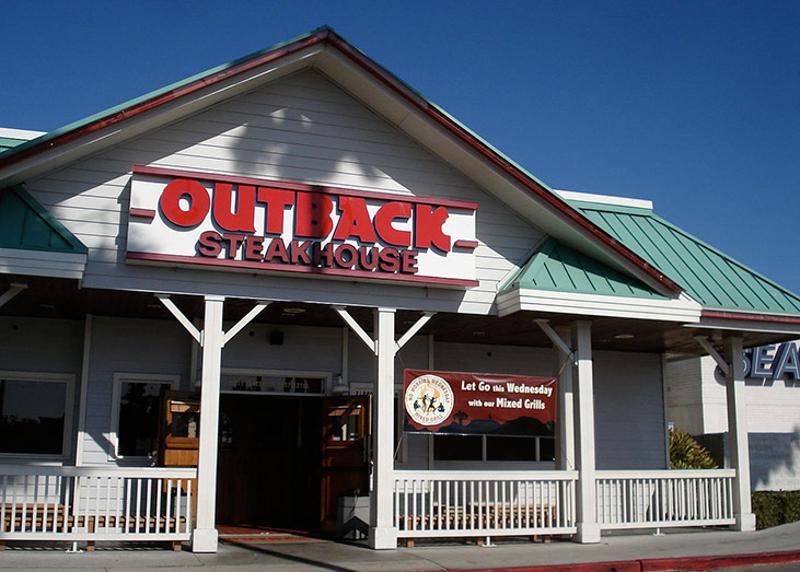 A 5.9% domestic traffic decline at Outback Steakhouse and a 4.8% drop at Carrabba’s stung parent-company Bloomin’ Brands during the second quarter, leaving the casual-dining giant with a loss of $8.1 million.

The company had generated a profit for the same quarter of the prior year of $33.1 million.

Despite price increases that boosted checks at the four chains by an average of 2.9%, all but Bonefish Grill posted a decline in U.S. same-store sales. Carrabba’s suffered the steepest decrease, at 4.8%, followed by Outback at 2.5%. Fleming’s comps ebbed by less than a percentage point, while Bonefish’s year-over-year per-unit intake rose by 0.8%.

Restaurants outside of the U.S. fared better than domestic operations. Outbacks in South Korea generated a comp gain of 10.8%, while Brazilian branches posted a rise of 3.9%. Bloomin’ recently sold the South Korean units for $49.4 million.

Bloomin’ CEO Liz Smith noted that the performance of the chain’s 1,278-restaurant U.S. portfolio was “softer than expected,” but added that “we made significant progress elevating the core guest experience, which will return the portfolio to sales growth in the second half of 2016.”