Before we get to the column, let’s settle on my compensation, since pay isn’t a simple matter in the restaurant business these days. Should I get: 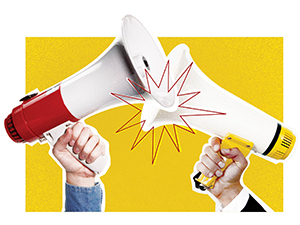 a) Double what I’ve earned in the past, as self-appointed proxies are demanding on behalf of hourlies they don’t even know or actually represent;
b) The increased pay lawmakers say is fair, even though they’re blank on what I do, much less my experience level;
c) What my education, experience and abilities fetch on the open market, or what only a chucklehead wouldn’t pick in this equivalent of a who’s-buried-in-Grant’s-tomb question;
d) $25,000, or slightly less than Chipotle Mexican Grill co-CEO Steve Ells would have earned for two hours of work at the prorated annual salary he was originally awarded;
e) Another amount adjudged to be just and fair by my company’s shareholders, who are the most brilliant, gorgeous and kindest people you’d ever meet in a boardroom. Of course, they get to keep whatever they don’t pay me, so they’re not exactly objective. Still, they’re demanding the ultimate say in what executives are paid.

I’m partial to D. But enough about me. Let’s talk about your pay. Everyone else is discussing it these days.

Indeed, global warming likely is being aggravated by all the third-party hot air over what restaurant employees should take home. Outsiders are pushing their standards, whether the one collecting the check is punching POS keys or serving as the CEO.

Labor groups demanding a $15 minimum wage snagged camera time in more than 100 markets last month to convince the public that restaurants can afford to pay at double the current legal rate. In a coordinated media ploy, they grabbed a megaphone to out-shout more reasonable pay authorities such as the White House and several statehouses, which preach that $10.10 an hour is the minimum that should be paid.

Third parties also loudly voiced their opinion of what’s appropriate pay for restaurant executives. In what could be a game changer for all public companies, and a chilling development for restaurant corporations, shareholders voted overwhelmingly to recalibrate what Chipotle pays its co-CEOs. Ells and lifelong friend Monty Moran have parlayed the company’s stock from $22 a share when it was spun off from McDonald’s in 2006 to about $500 at the time of the company’s annual meeting last month.

In the first quarter, their charge posted a same-store sales increase of 13.4 percent, most of it attributable to traffic gains. Still, stockholders didn’t believe Ells deserved any icing on the $25.1 million he drew last year or the $24.4 million that Moran collected in pay and noncash compensation. If leaders generating results like Chipotle’s are being questioned on pay, what are the implications for those deep in the pack?

The tinkering doesn’t stop there. As you’ll read in our cover story, tipping conventions are being squashed like Tokyo midrises during a Godzilla attack. In the annuls of business boneheadedness, messing with gratuities is right there with Decca Records’ disinterest in rock ’n’ roll (it passed on a band called The Beatles).

When tipping works as intended, everyone benefits. But when greed subverts the process, you get undeserving winners and powerless victims, a situation that cries for change. And restaurateurs aren’t faultless. Lawmakers may be overzealous in some of the tipping rule changes they want to enforce, but there’s no denying that some restaurateurs are interfering with what should be a transaction between the customer and the tipped employee.

But before you turn to the story, let’s get back to my compensation. Third-party emails to my boss about option D would not go unappreciated.