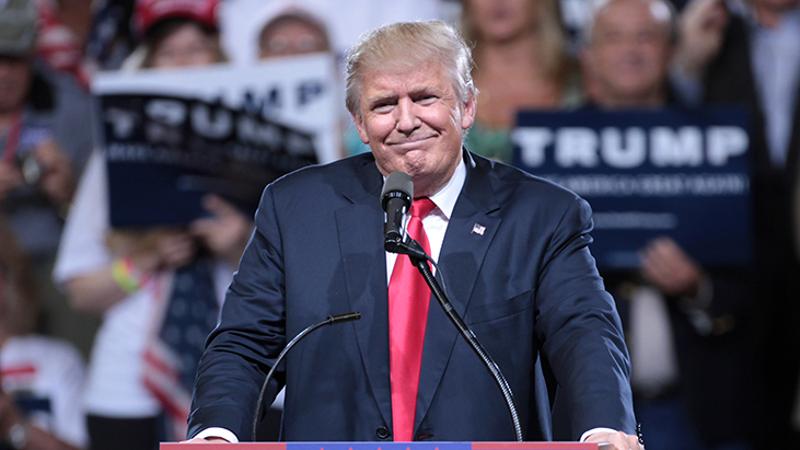 Meeting as the nation was electing a new president, three restaurant-chain CEOs volunteered advice yesterday to the candidates, mindful of the impact either could have on the industry and customer behavior.

Participating in a panel at the IFMA Presidents Conference were Wyman Roberts, CEO of Chili’s parent Brinker International; Nigel Travis, CEO of Dunkin’ Donuts franchisor Dunkin' Brands; and Cliff Hudson, CEO of the Sonic drive-in chain. The session was moderated by consultant and speaker Ira Blumenthal.

Here’s what they advised the victor to keep in mind, hours before Donald Trump emerged as that next leader of the nation.

"People are still waiting, holding back on spending, because they just aren't sure," Roberts said. "If we can move on immigration and tax reform, we can start the ball rolling."

"The opportunity and need is there to improve infrastructure, road, bridges and especially water systems," said Hudson. The capital investment is overdue, he said, and is an opportunity to create jobs now and lay the foundation for decades of growth ahead.

Panelists agreed that the industry doesn't have trouble hiring, but it has difficulty retaining good workers. Pay is a factor, but it's also about creating the jobs and the environment that "works for them and for us," Roberts said. He suggested career education would increase awareness about how people rise through the ranks in foodservice. As wages rise, the demand for higher skills also rises, leaving a growing number of unemployed youth with no work experience. "Wage boosts hinder youth employment," he said.

Small business operators, especially franchisees, are creating the most jobs, Hudson said. He advised the next president to be careful not to undermine the fabled goose that lays the golden eggs.

Get over partisanship, get on with solutions

Travis noted that his home country, the United Kingdom, has parallel issues with the United States, especially immigrants. Get past it, he said, and move forward with optimism. He noted that immigrants in the UK are the workers serving as plumbers, electricians, waitresses and waiters.

IFMA attendees also weighed in, voting on the top issues affecting the foodservice industry. Of five choices, ranked No. 1 was fair wages, followed by legal parameters for non-GMO and natural foods, "truth in menu," all of the above, and safety and sanitation.

The conference, presented by the International Foodservice Manufacturers Association, was held Nov. 6-8 at the Fairmont Princess in Scottsdale, Ariz.