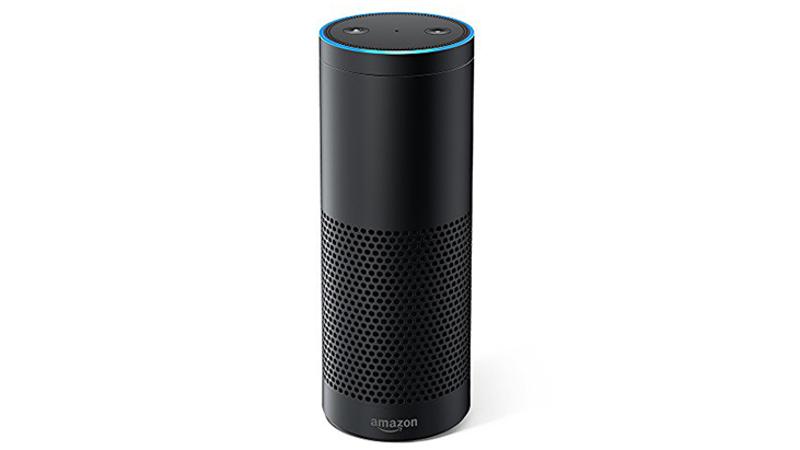 I had suggested we run nothing but white space here so I could verbally provide the inaugural column for Fast. It would be fitting, given how quickly the industry is embracing voice recognition as the new ordering standard.

For the benefit of those who might’ve been in a bunker since the election, 2017 is fast becoming the year when POS touchpads lose favor to microphones as the preferred mechanisms for placing limited-service orders. Customers merely have to say what they want, without any pesky humans interfering as the request is dispatched to the kitchen in a readable form.

Customers will soon be able to speak their orders into the Starbucks app and avoid the grueling work of touching a finger to a phone screen. Better yet, Alexa, the former Sports Illustrated swimsuit model who lives inside my Amazon Echo device, is eager to order dinner just for me. (A man can dream.) And that includes a highly customized batch of wings from Wingstop, or maybe a Domino's pie.

McDonald’s CEO Steve Easterbrook revealed last year during an analysts’ conference call that the chain is experimenting with automated ears that could translate a drive-thru customer’s order into text for the kitchen.

And is there any doubt that voice ordering will soon spread to tablets and kiosks?

The transformation holds profound implications for the industry, not the least of them being an elimination of longstanding staff positions and a near redefinition of service, with efficiency replacing high touch as the key attribute. With a shift that radical, there’s sure to be fallout.

For one thing, the technology is still not quite there. (Alexa often yells at me, “I don’t understand!”—but so do other people in the house.) A former co-worker learned how an accent could throw the system when she bought a new iPhone. Siri, Alexa’s Apple counterpart, couldn’t understand classic New York-ese commands like “Siri, fugeddaboudit” or “Set the timer for fitty-fi minutes soes the manicot will be done.” Our co-worker would scream louder, thinking that’d help. I think Siri actually cried once.

A larger issue is that some of us don’t prefer R2D2 to an actual human in a restaurant setting. Indeed, a recent article in The New York Times suggests a sizable number like to interact with carbon life forms when they eat. The story detailed a bunch of new positions that fast casuals in New York City have created to mix a human element back into the experience.

The new posts include “the schmoozer,” who has the job at Breads Bakery of making eye contact and conversation with people on the line, so they feel welcomed and not left on their own.

Shake Shack’s line manager, who monitors the line where patrons wait to get to the line where they actually order, runs a trivia contest to help them pass the five minutes they wait for an order.

There’s no doubt that voice recognition and self-ordering by customers in general will continue to penetrate the restaurant business. The adoption is often likened to the spread of ATMs within the banking business.
But banking isn’t the food business. The parallels can only go so far.

Audio technology will and should have a louder voice in the quick-service sector this year, but it needs to enhance service—hopefully by freeing staffers to enhance guest contact, not eliminate it.