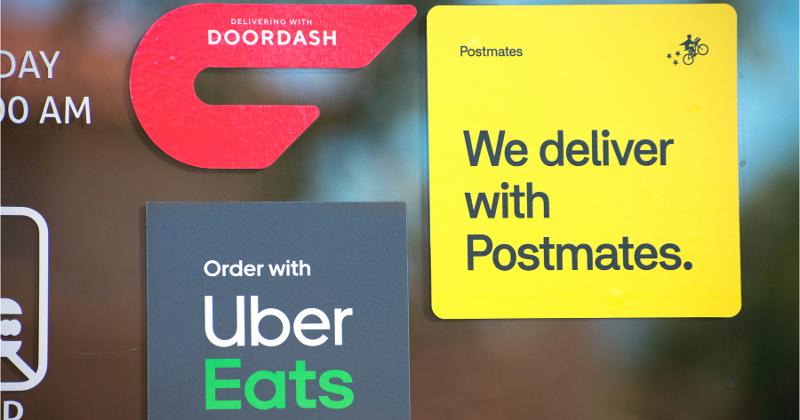 A California law that defines app-based drivers as independent contractors is unconstitutional, a judge ruled on Friday.

It is a blow to delivery and ride-hailing companies including DoorDash and Uber that contributed more than $200 million in support of Proposition 22, making it the most expensive ballot measure in state history. California voters approved the measure in November.

The law shielded the gig companies from an existing statute, AB 5, that would have forced them to reclassify their workers as employees with full protections and benefits. Under Prop 22, they can continue treating drivers as independent contractors with some additional benefits.

But Alameda County Superior Court Judge Frank Roesch ruled Friday that the law is unconstitutional because it limits the legislature's power to extend workers' compensation rights to app-based drivers. The judge highlighted an "unusual provision" within Prop 22 that requires seven-eighths of the legislature to agree on any amendments.

A group backed by DoorDash and Uber said it planned to immediately appeal the ruling.

"This outrageous decision is an affront to the overwhelming majority of California voters who passed Prop 22," said Geoff Vetter, spokesperson for the Protect App-Based Drivers & Services Coalition, in a statement.

The appeal will stay the ruling and allow Prop 22 to remain in effect until the process is complete, he said.

The lawsuit was filed in January in California Supreme Court by the Service Employees International Union, three app-based drivers and a consumer.

"Today’s ruling by Judge Roesch striking down Proposition 22 couldn’t be clearer: The gig industry-funded ballot initiative was unconstitutional and is therefore unenforceable," said Bob Schoonover, president of SEIU's California State Council, in a statement. "For two years, drivers have been saying that democracy cannot be bought. And today’s decision shows they were right."

The fate of Proposition 22 is likely to have an impact on restaurants that rely on third-party delivery drivers. Proponents of the ballot measure warned that switching drivers to full-time employees would make delivery more expensive, ultimately hurting restaurants. Opponents said it would help restaurants by creating a more reliable workforce and by encouraging customers to patronize restaurants in other ways such as pickup.