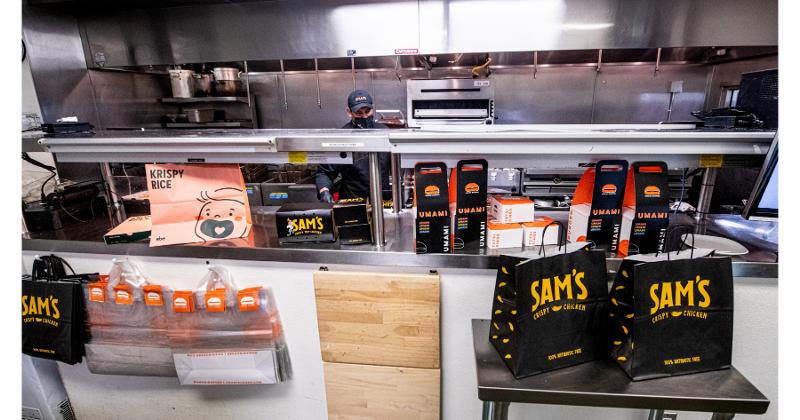 After a strong year that saw the multibrand, delivery-only facilities become part of the restaurant mainstream, companies that operate them are beginning to pursue opportunities for the format outside of their own four walls.

Prospects include places where multiple restaurant concepts are found, such as mall food courts and hotels, that can become de facto ghost kitchens by adopting their technology.

In one prominent recent example, ghost kitchen company Kitchen United installed its software and infrastructure at a California mall to help restaurants in its food court generate more off-premise business.

“It’s certainly stretching the concept of what ghost kitchens can be into a more dynamic opportunity,” said Atul Sood, chief business officer for Kitchen United.

Ghost kitchens can take a variety of forms, but here’s how they generally work: A provider like Kitchen United runs a facility housing multiple restaurant brands. Guests can order from those brands for delivery or pickup, and in some cases, they can put items from multiple concepts on the same ticket. That’s where technology like KU’s does the heavy lifting.

“The complication that we’re solving for is the ability to order from multiple restaurants on the same ticket at the same time,” Sood said.

Now, ghost kitchens are recognizing the broader applications of that technology.

At Westfield Valley Fair in San Jose, Calif., restaurants are using Kitchen United’s Mix platform to field orders from both inside and outside the mall. Customers can mix and match menu items from any of the 11 participating concepts for delivery or pickup; KU staff and a conveyor belt help get the orders where they need to go.

In a similar development, Sam Nazarian’s C3 ghost kitchen company forged an agreement with the Graduate hotel chain, where it will install and operate its own suite of concepts including Umami Burger and Krispy Rice under the Graduate Food Hall banner. Hotel guests can dine in, and menus will also be available for delivery to the general public via third-party delivery and eventually C3’s own app.

In a press release, Nazarian heralded the partnership as “the future of hotel dining.”

“This setup not only supports and supplements in-room hotel dining and on-site catering, it also streamlines the ordering process and extends the hotel’s reach within the local community,” he said.

C3 has its sights set on malls as well—and not just restaurants. It’s working with online ordering provider Lunchbox on a platform that would allow guests to order both food and retail items from the mall on a single ticket, said Lunchbox CEO Nabeel Alamgir—one example of the potential synergies these new formats could bring.

Ghost kitchen technology could apply just about anywhere multiple brands are present, including inside other restaurants. New York provider Zuul has begun licensing its tech to restaurants in the city, such as The Little Beet, that are running multiple concepts out of a single location.

Zuul’s system allows those operators to tap into a network of office buildings and apartments that offer its service as an amenity. Tenants can order from multiple Zuul restaurants, and orders arrive in a single delivery later that day.

“We realized we could bundle our brands together into one guest experience to generate more revenue from a single location, all made possible through ZuulOS,” said Little Beet CEO Becky Mulligan in a statement. The Midtown Manhattan restaurant is now producing menus from sister brands Five Guys, Melt Shop and a virtual concept called EAT Tacos in addition to its namesake concept.

The ghost kitchen platform has helped The Little Beet, which depended heavily on foot traffic before the pandemic hit. It has the potential to do the same for other struggling sectors, such as malls and hotels.

“It is something that can drive more traffic, that is not actually entering the mall today, to consume food from the mall because they have fantastic restaurants,” said Sood of the Kitchen United initiative.

While KU and C3 plan to continue adding more traditional facilities alongside hotel and mall partnerships, Zuul is going all-in on its new approach as it looks to grow.

“We'll be solely focused on expansion through licensing our technology to other operators,” COO Kristen Barnett said in an email.