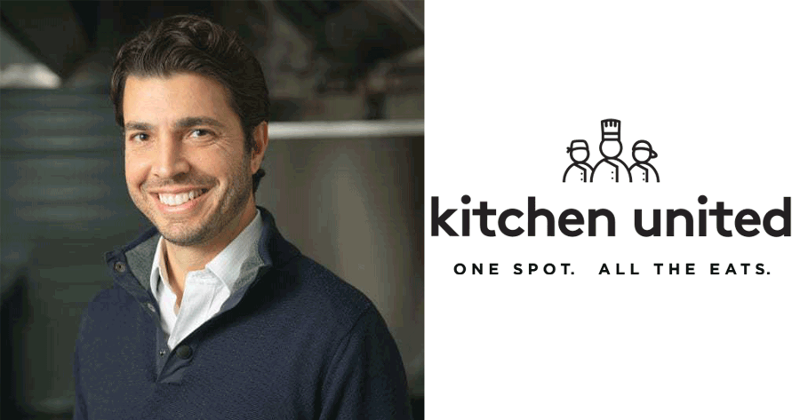 He will replace former CEO Jim Collins, who has left Kitchen United to “focus on personal endeavors,” the company said. A restaurateur himself, Collins helped build Kitchen United almost from the ground up.

“Over the past three years, we have built a solid foundation on which to grow,” Collins said in a statement. “I am proud of what we accomplished in my years at Kitchen United, and can say without a doubt the Kitchen United team is the best that I’ve had the privilege to serve alongside. I know they will continue to achieve great success in the years ahead.”

Montagano takes over a company that has seen business boom amid the pandemic and remains firmly in growth mode. He will now be responsible for guiding Kitchen United as it expands.

“The board’s position is that this is about continuity,” Montagano said of his appointment. “The business is doing incredibly well, and we have taken a very measured and calculated approach to growth.”

Kitchen United facilities house multiple restaurant concepts, each with their own scaled-down kitchen, for takeout, delivery and catering orders. Restaurant staff cooks the food, while KU employees handle other tasks such as cleaning and dispatching orders.

The company is seeing demand from both restaurants and consumers at all-time highs. All of its 51 kitchens across four locations are occupied, and on a monthly basis, order volumes are up 500% since the beginning of 2020, Montagano said. That success has come from a host of brands in a variety of markets, giving KU the confidence that it’s ready to expand.

“We are now ready to scale the operation,” Montagano said. “My focus will be on taking our learnings to different parts of the country.”

That includes new facilities next year in New York City, the Bay Area and Texas, where KU’s Austin location has been “doing volumes we never could have anticipated,” he said. New kitchen centers will be located in both urban and suburban areas, he said.

In addition to Austin, existing locations are in Pasadena, Calif.; Scottsdale, Ariz.; and Chicago. (Take a look inside KU’s Chicago facility here.)

Montagano joined Kitchen United as CFO in 2018 and helped land investments from GV, Fidelity Investments and G Squared. Prior to KU, he was CFO of electric-vehicle charging company PowerFlex Systems and Mopro, an online ordering company. He is also on the board of Dog Haus, a restaurant chain with some locations in Kitchen United facilities. In 2008, he was the Democratic nominee for Congress in Indiana’s 3rd Congressional District.

He grew up in a restaurant family and received his MBA from University of Chicago’s Booth School of Business and his JD from Indiana University’s McKinney School of Law.

As COO, Lai will oversee sales, marketing and operations for Kitchen United. She joined the company in 2019 following strategic leadership roles with Internet Brands, The Wonderful Company and Bain & Company. She received a BS from the University of California, Berkeley, and an MS from Stanford University.

“Our team has built a burgeoning business by marrying deep experience in the industry with a passion for growing off-premise business for restaurant operators,” Lai said in a statement. “I look forward to working with Michael and the entire Kitchen United team to aggressively grow our physical footprint nationwide and expand our network of restaurant partners.”

Ghost kitchens like Kitchen United have taken off during the pandemic as off-premise business accelerates and restaurants seek new revenue streams. More than 50% of restaurants say they are using a ghost kitchen to fulfill at least some of their delivery orders, according to Technomic.