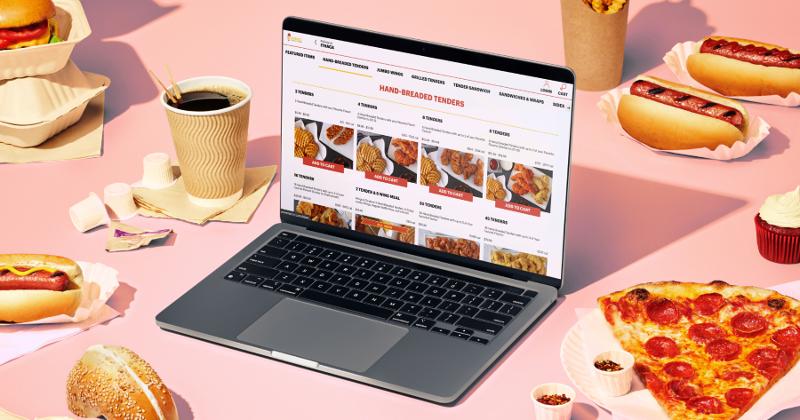 Online ordering provider Lunchbox has raised $50 million from a group of high-profile investors, including executives of Sweetgreen, &pizza and DoorDash and the serial tech funder Coatue.

The Series B round announced Tuesday marks a shift in strategy for the company, which will look to expand its target audience to include big restaurant chains and small independents in addition to the medium-sized brands it works with now.

It plans to spend the $50 million in a couple of ways as it chases the bigger market, said CEO Nabeel Alamgir. It started by hiring a COO in Kieran Luke, former COO of business education platform General Assembly.

“He’s surgical, he’s hyper-focused, and we have such a big mandate ahead of us, that’s the first investment we made,” Alamgir said.

It will also invest in developing technology that can do even more for restaurants—an “end-to-end” digital storefront, he said.

To that end, Lunchbox will aggressively pursue an acquisition, particularly a company that can help it attract big chain clients.

“We want to consolidate the industry,” Alamgir said. “We are a tiny company still, and we want to convince our peers that we are stronger together.”

Lunchbox may be small, but it has grown significantly since raising $20 million in October 2020. Revenue has increased fourfold since then, and its staff has expanded from 50 people to a “mini nation” of 250, Alamgir said. It currently works with more than 100 mid-sized brands including Bareburger and Fuku. A third of its revenue comes from ghost brands that have no physical location.

With the funding from DoorDash, Lunchbox will also be changing its tone on third-party delivery. Alamgir, a vocal critic of the providers, said he has been asked by his team to go easy on the companies.

In the past, the attacks have been used to highlight Lunchbox's own goal of helping restaurants drive first-party orders. And though its website no longer urges visitors to “Fork third party,” it still has a live ticker calculating how much restaurants have saved in delivery fees by using its technology ($35.5 million as of Monday afternoon).

In addition to online ordering, Lunchbox offers websites, mobile apps and marketing and loyalty tools for a monthly fee.