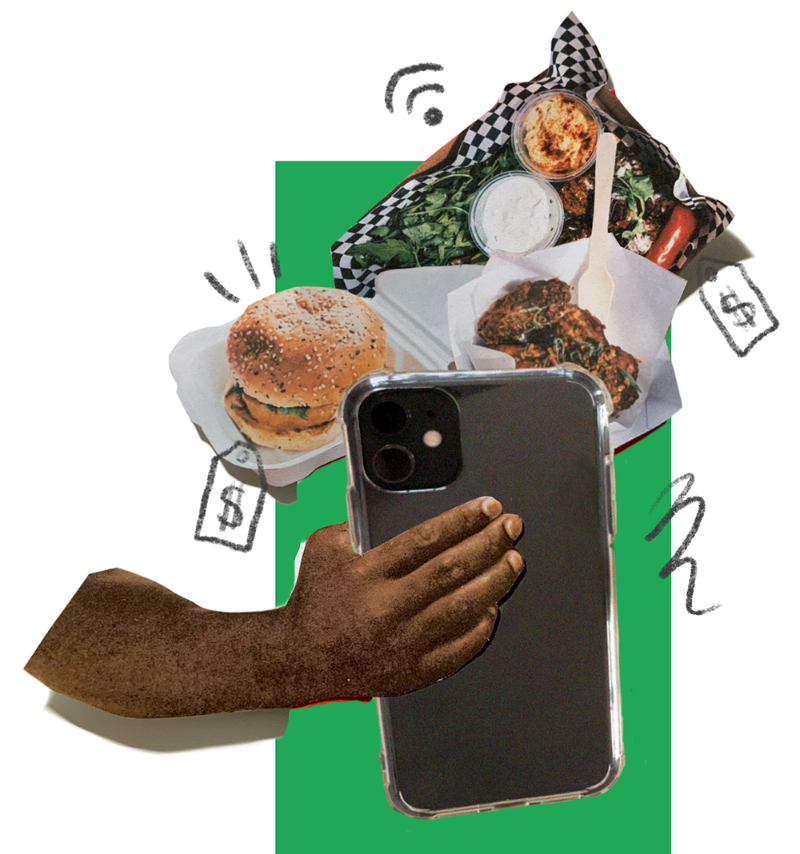 This is part 4 of 5 in a series on restaurant technology during the coronavirus pandemic.

Nekter Juice Bar was an early adopter of mobile ordering, and close to a third of its business came from its digital channels going into the pandemic.

These days, it’s more than half, helping the company to largely recover from the shutdown and its severe restrictions on dine-in service. Nekter’s sales have improved, even as the chain’s operators have been able to cut down on labor costs.

“It’s been huge,” said Steve Schulze, CEO of the 174-unit chain. “Average ticket is higher. Labor is lower because we’ve been open for takeout only. A lot of restaurants are comping positive while running 20% lower labor.”

The result has provided the industry with an opportunity to drive more business, and certainly one most operators did not expect just a few months ago. The pandemic has sped consumers’ shift online, leading more companies to unleash mobile ordering functions or boost their existing apps in a bid to keep these consumers and drive more sales.

“Investments in technology that were going to take three to five years to accomplish have really accelerated,” said Emil Davityan, CEO of geofencing company Bluedot, said in an interview.

To be sure, mobile ordering has been around and growing for years. Chains such as Starbucks and Domino’s have proven the business case, having both demonstrated that a strong mobile app can bolster sales inside their restaurants and give customers more reason to keep coming back.

Yet several companies have seen substantial increases in their digital sales, including mobile app use, during the pandemic. Digital sales now account for three quarters of Domino’s sales, for instance. At Wendy’s, digital sales doubled to 5% of sales in the second quarter. At Restaurant Brands International, owner of Popeyes, Burger King and Tim Hortons, digital now represents 8% of total sales. 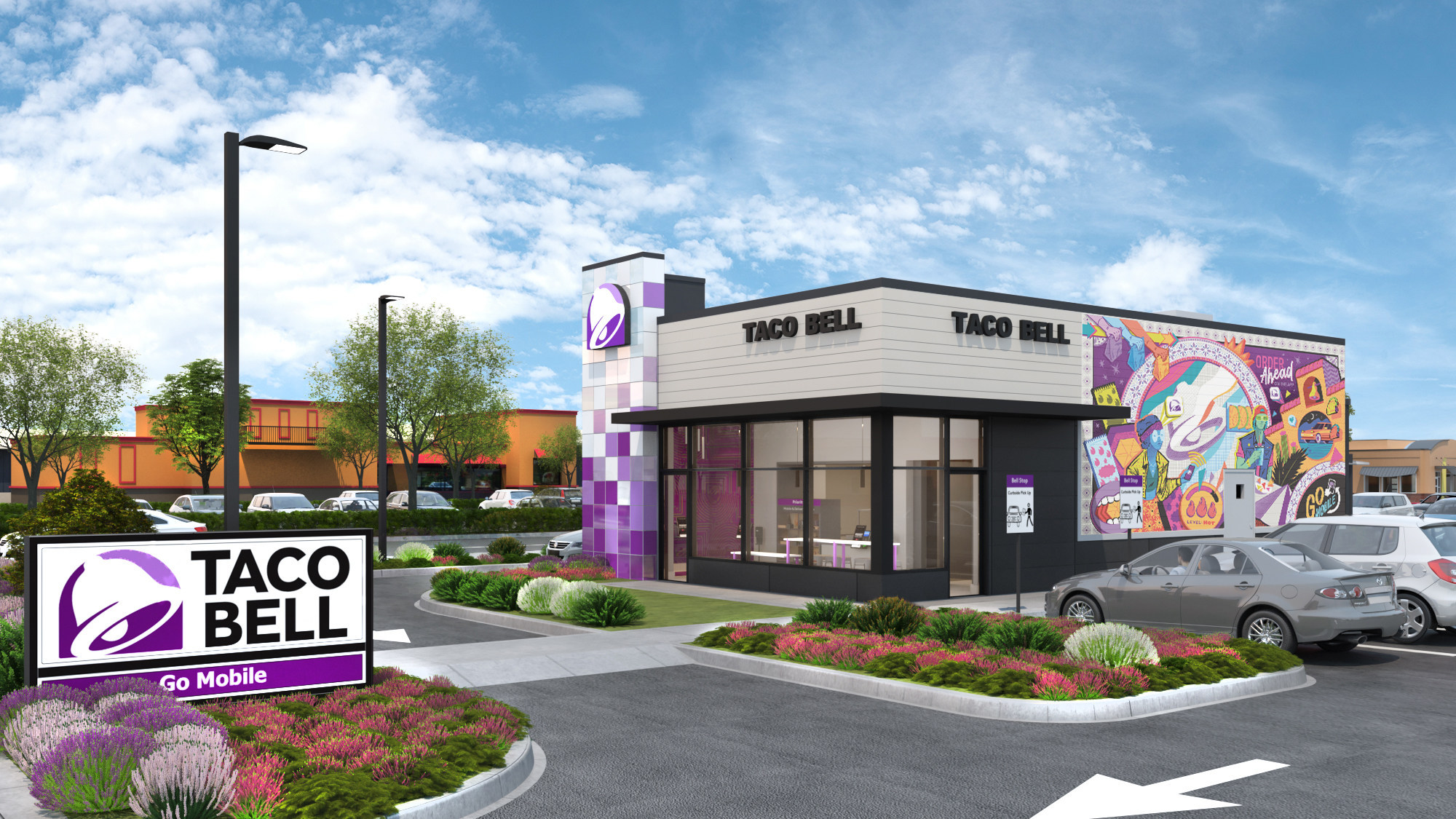 At Yum Brands, the digital business for its four brands is massive, and skyrocketed during the pandemic. Digital sales globally rose $1 billion in the second quarter and now represent 30% of the company’s system sales. Yum operates KFC, Pizza Hut, Taco Bell and The Habit Burger Grill.

At Starbucks, mobile ordering was 22% of transactions in the last quarter.

What’s more, many of the people ordering are first-time users of the companies’ apps. Digital consulting company Mobiquity regularly looks at quick-service restaurant mobile ratings and found that “ordering” has become by far the most important element of a mobile app, twice the percentage who say that “rewards” are the most important.

Before the pandemic, ordering and rewards were of equal importance. What’s more, said Mobiquity VP of Strategy and Analytics Brian Levine, there’s been “a really dramatic increase in reviews from people saying this is the first time [they’ve] downloaded an app to order food online.” 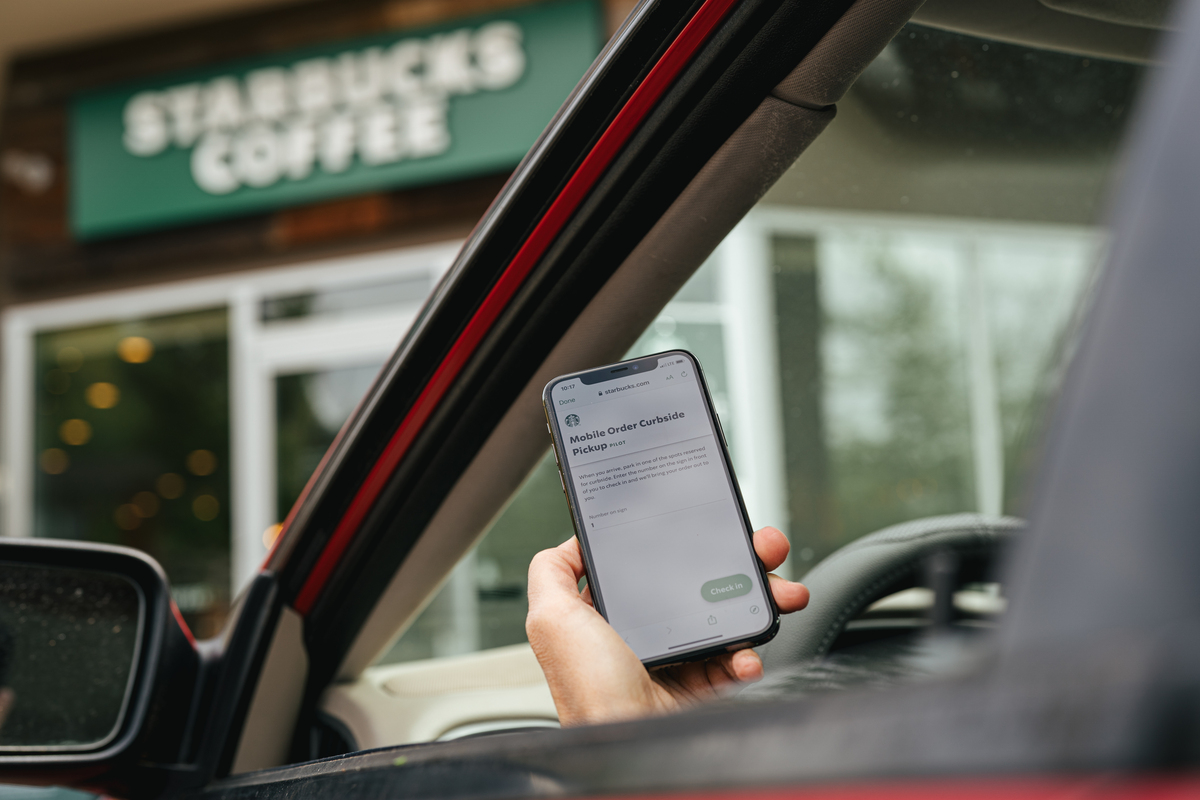 The firm labels users under various categories based on adoption. So the first people to use an app are the “early adopters,” the next group “early majority,” then “late majority” and finally “laggards.” Mobile ordering, Levine said, had gotten to the late majority, and “the laggards were coming along slowly.”

“Usually it takes years and years to get these laggards,” he said. “COVID just compressed that.”

For companies, this is a significant opportunity to build loyalty among new users. “This was an opportunity for restaurants to bring self-service to a much greater number of people than they ever were going to,” Levine said. He noted restaurant chains typically use “massive advertising campaigns” featuring free items to get people to use the app. The pandemic did it for free.

To be sure, the increase makes sense. After all, customers concerned about the virus have been pushing for contactless ordering strategies. Anything that enables them to eat restaurant food without eating in a restaurant has surged, as customers lined up at drive-thrus and demanded delivery unlike at any time in history. Mobile ordering fits right in, and the higher demand has provided a steep advantage to chains that made investments in that business before the pandemic.

“It’s a safe way to order at a restaurant without physical contact,” Davityan said.

Perhaps not surprisingly, chains have been making some key changes to their mobile app seemingly targeted at less technologically savvy consumers. For instance, Starbucks this fall will start letting customers earn rewards even when they make purchases with a credit or debit card or cash, rather than requiring them to preload their Starbucks card.

“We believe these are the kinds of initiatives that will make a difference as we try to regain the most important parts of our business,” Chief Operating Officer Rosalind Brewer said in July, according to a transcript on the financial services site Sentieo. “We’ll be watching customer patterns very carefully and adjusting.”

More companies have also taken the opportunity to add mobile ordering as they see where the industry is headed.

Auntie Anne’s recently debuted mobile ordering and used a specialized recliner in the company’s traditional blue and yellow colors that will order pretzels based on the position of the footrest. The company used the “Recline-to-Dine Chair” to show off both mobile ordering and delivery. “A lot of companies have online ordering,” Brand President Heather Neary said. “We wanted to do something unique.”

Yet it needed mobile ordering to reduce its dependency on mall customers, given the steep decline in retail traffic during the pandemic. “Times have changed,” Neary said. “Malls are not overly busy.”

Other companies are investing heavily in their apps, adding curbside functionality, for instance. Dunkin’, which before the pandemic took its mobile app development in-house, was quickly able to add a curbside service function to its mobile app at 1,400 locations. 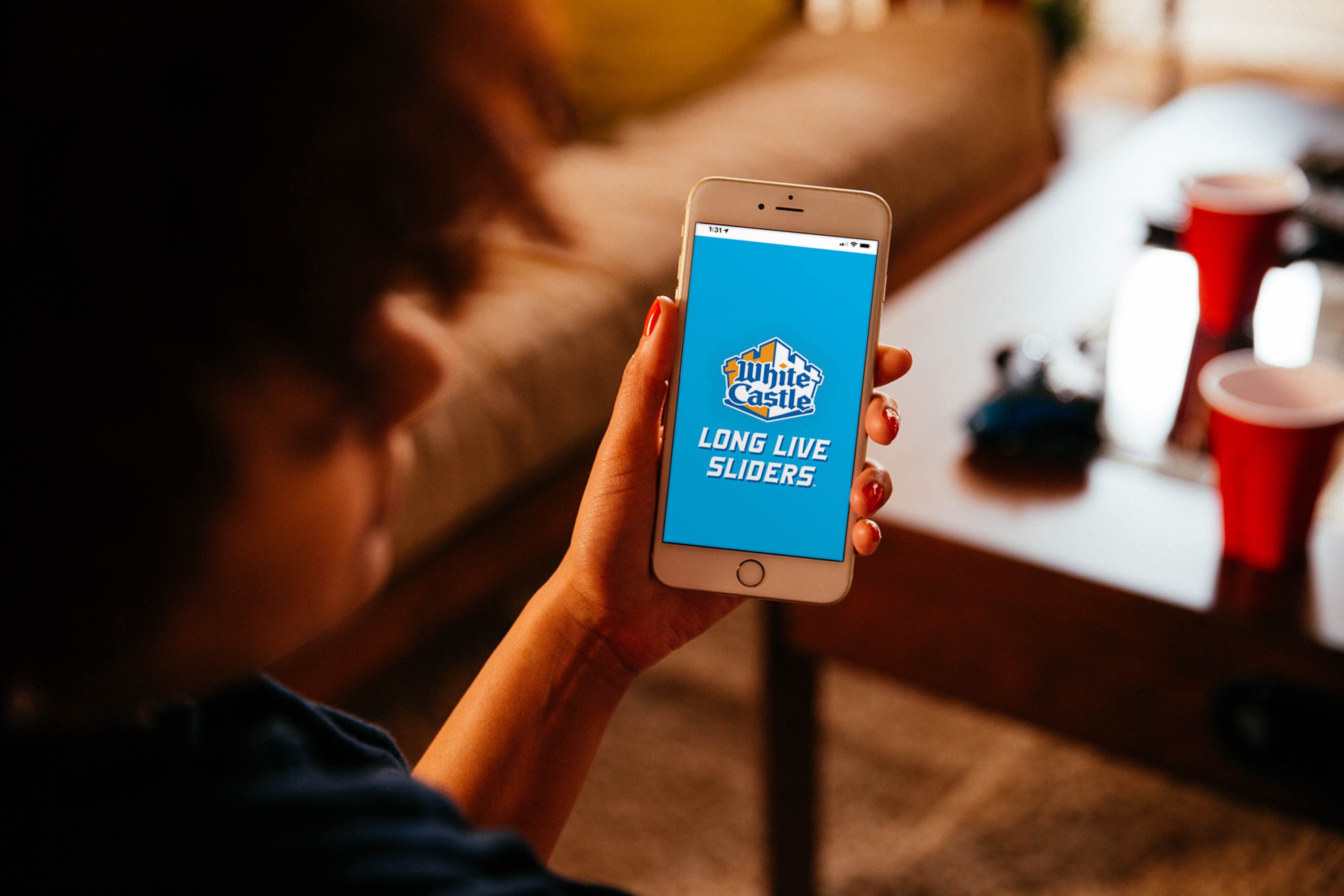 Some are adding loyalty programs to their apps, hoping to take further advantage of a customer base that is ordering online more often. White Castle, the Columbus, Ohio-based burger chain, recently added the “Craver Nation” loyalty program to its mobile app. The company is enticing people to download the app and sign up for the program by offering a free combo meal and savings offers.

Mobile ordering has become so important that some of the biggest chains are designing buildings to handle those orders.

Chipotle Mexican Grill developed its 100th “Chipotlane,” for instance, to serve mobile order customers more quickly. The window has proven to be so popular that the chain is planning more such lanes in the coming years.

They’re not the only ones. Burger King recently revealed a prototype that features a lane for mobile and delivery orders, as well as drive-in lanes for app users. Taco Bell also revealed a prototype with a mobile-order drive-thru. Much of that chain’s “Go Mobile” prototype is built around digital users—it will feature kitchen technology connected directly into the mobile app that will detect when customers arrive at the restaurant.

“It’s a good way for us to transition into the digital business,” Taco Bell Chief Operating Officer Mike Grams said in an interview. “It gives the customer the benefit and the ease of ordering.”

The ultimate question is whether the increase in mobile order use is “sticky,” and whether consumers that started using apps during the pandemic will continue to use them when it’s all over.

Many experts believe that it is sticky, though they caution that it’s up to the individual company to make sure their mobile app is friendly enough to keep people using it. “The mobile real estate is really valuable,” Davityan said. “People have a limited number of apps on their phone. They’ve downloaded more apps. We’ve seen a resurgence of mobile use. But in the end, a brand has to give rich functionality. If it doesn’t, even if they download it, they won’t use it.”

For now, though, chains are enjoying the benefits. “Convenience has been a huge thing for years,” Schulze said. “This has fast-forwarded the whole idea.”