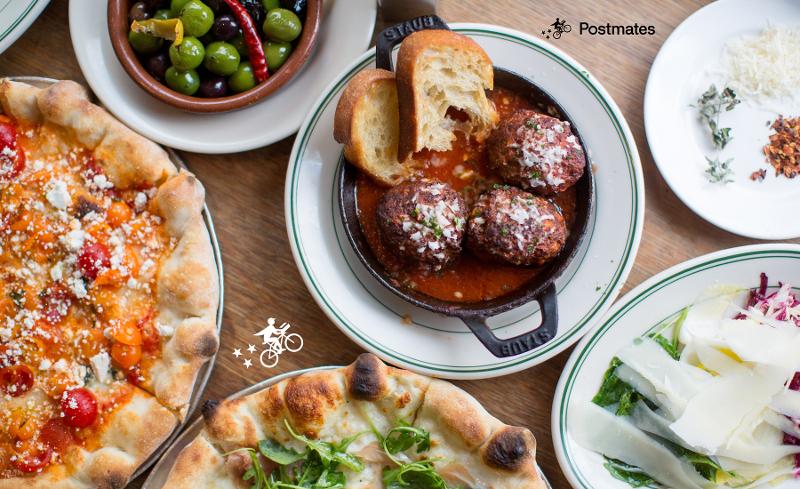 Third-party delivery service Postmates saw revenues increase by more than 125% in the second quarter while also cutting its losses as it heads into a proposed acquisition by Uber Eats—a deal that has drawn additional scrutiny from the Department of Justice.

That information was disclosed in a document filed late Friday by Uber with the Securities and Exchange Commission in advance of the $2.65 billion, all-stock deal, which was expected to close in the first half of 2021.

Postmates generated $160.8 million in the quarter ended June 30, compared to $71.4 million in the year-ago period. The numbers no doubt reflect the increased use of delivery during the coronavirus pandemic that put limits on dine-in business and kept many consumers close to home. Uber Eats, for instance, saw revenues increase 110%, to $1.2 billion, during the same period.

The surge in revenue helped Postmates cut its losses for the period by more than 72%, to $32.1 million. Total operating expenses for the quarter were $138 million compared to $155.8 million in the same quarter last year.

The filing also included Postmates’ unaudited financial forecasts for the next three years. A “base case” scenario, based on the company’s internal financial outlook, would see revenue grow from $909 million in 2021 to $1.3 billion in 2023. And earnings before interest, taxes, depreciation and amortization (EBITDA) were projected to grow from $4 million to $85 million in that period.

Third-party delivery companies have struggled to reach profitability, though the results indicate they’re getting closer. Uber executives said delivery profitability was “only a question of when” during an August earnings call with investors. The efficiencies and increased market share resulting from the Postmates acquisition should help.

The deal, however, remains under review by the Federal Trade Commission and Department of Justice for potential antitrust violations. The SEC filing reveals that on Sept. 9, the DOJ requested additional information from the companies (known as a “second request”) for a more in-depth analysis before the deal can be allowed to go through.

That means the DOJ believes the deal could potentially hurt competition in the food delivery marketplace. The second request could include documents and data about the companies’ products or services, market conditions where they operate and potential competitive effects of the merger, according to the FTC.

Once Uber and Postmates have submitted the necessary information, there will be a 30-day waiting period before they’re free to continue with the deal.

The deal would bring the number of major U.S. third-party delivery companies to three: DoorDash, Grubhub and Uber Eats. Those three, plus Postmates, accounted for 99% of food delivery sales in August, according to consumer analytics firm Second Measure.