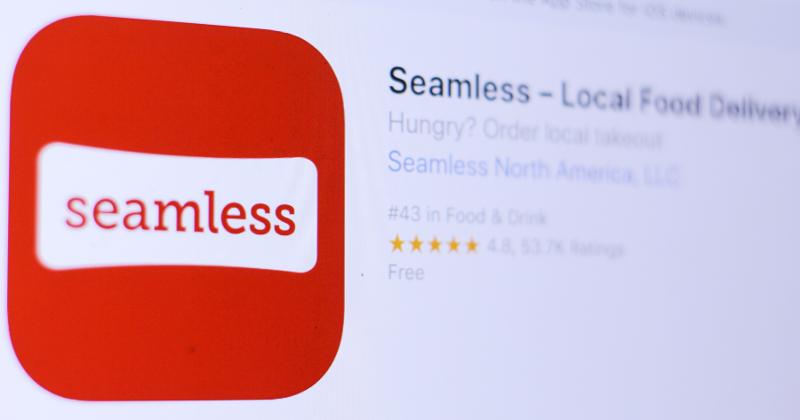 Food delivery company Seamless, a subsidiary of Grubhub since 2013 and one of the oldest online ordering services in the U.S., will soon cease to exist as its own brand.

New owner Just Eat Takeaway.com (JET) plans to transition the business to Grubhub later this year, creating a single U.S. entity in line with its strategy in other markets.

"This will allow us to optimize the marketing spend and benefit from the network effects around one single brand," Just Eat CEO Jitse Groen said on an earnings call with investors Thursday.

Seamless was founded by two lawyers in 1999 as a corporate food ordering platform. It grew quickly before merging with the larger Grubhub in 2013, creating one of the nation's largest online takeout companies. Seamless is most prominent in New York City, where its restaurant network is the same as Grubhub's. It's used by both corporate clients and consumers.

Groen said the company would reveal more details about the transition during JET's investor day in October.

Also of note in the quarter was an abrupt slowdown in sales and orders compared to Grubhub's previous periods. Gross transaction value was up 10% an annual basis to about $2.6 billion, taking into account fluctuations in the exchange rate of the U.S dollar. That's off a total of 67.3 million orders in the quarter, up 14% year over year.

The company faces difficult comparisons after a year in which food delivery skyrocketed amid the coronavirus pandemic. The period of April through June 2021 saw restaurants more fully reopening along with the onset of summer, a combination that appears to finally be slowing the roll of delivery sales.

Grubhub had started 2021 in a strong spot, growth-wise: Its gross food sales in Q1 were up 60% year over year, and daily average orders were up 44%, continuing a streak of massive gains that began during the pandemic. Then-CEO Matt Maloney said the company had "incredibly strong momentum" heading into the JET acquisition.

Also on the call, JET reiterated some of its other strategies for the newly acquired Grubhub, including plans to focus on growing share in current strongholds as opposed to the whole country.

Markets where Grubhub has a solid foothold include New York City (35% market share),  Boston (33%) and Chicago (30%), according to consumer analytics firm Second Measure.

"It is much easier to work from very strong positions," Groen said. "But it doesn't mean we're not going to be in, say, Ohio or Arizona. It's just that our focus will not be there—it will be elsewhere."