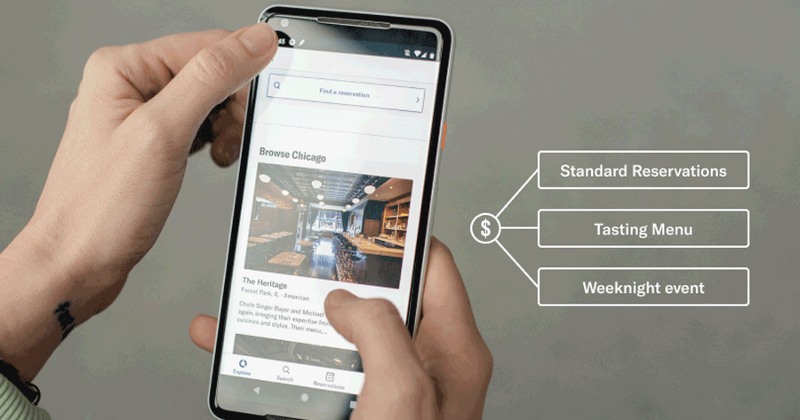 Tock allows restaurants to manage reservations and other services. / Photo courtesy of Tock

Restaurateur Nick Kokonas is leaving Tock, the reservations platform he co-founded in 2014 and sold last year to website-builder Squarespace for $400 million.

Matthew Tucker, the former president and COO of online ordering provider Olo, will be Tock’s new chief, Squarespace announced Tuesday. Tucker retired from Olo in January after nine years there.

He’ll take the reins of Tock as Squarespace looks to invest further in the business.

“We have a tremendous opportunity ahead of us as we continue to deepen and expand our portfolio of products for entrepreneurs,” said Squarespace founder and CEO Anthony Casalena in a statement.

Kokonas is known primarily as owner of the Chicago-based Alinea Group of fine-dining restaurants. In 2011, he began experimenting with reservations at one of those restaurants, Next, using technology such as dynamic pricing and prepayment for reservations. In 2014, he began marketing his software to other restaurants as Tock.

Tucker, meanwhile, helped grow Olo from a small team of 10 people to one of the largest and fastest-growing restaurant technology companies today.

Tucker “has a proven track record in leading product development and go-to-market strategies for tech companies,” Casalena said. “We believe his deep industry expertise and leadership will undoubtedly help fuel the future growth of Tock.”

Tock allows restaurants to manage reservations as well as events, takeout orders and more. More than 7,000 operators in 30 countries use the system.