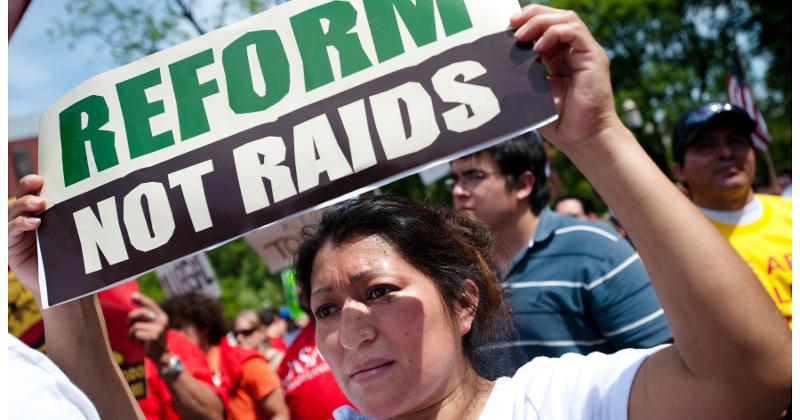 The federal government is revising its strategy for policing workplace immigration rules by shifting the enforcement focus from undocumented workers to the employers who hire them.

The Department of Homeland Security also affirmed that it will cease the workplace raids used by the Trump administration to round up dozens or hundreds of foreign-born employees who lacked proof they were cleared to work in the U.S. The agency said those policing efforts had given unscrupulous employers a means of retaliating against staff members who complained about pay or working conditions.

Department Secretary Alejandro Mayorkas stressed in announcing the shifts that subordinate agencies such as Immigration and Customs Enforcement (ICE) will focus their enforcement efforts on the worst employment offenders.

“These employers engage in illegal acts ranging from the payment of substandard wages to imposing unsafe working conditions and facilitating human trafficking and child exploitation,” Mayorkas said in a memo sent Tuesday to the enforcement operations. “Their culpability compels the intense focus of our enforcement resources.”

The memo directs the enforcement sub-agencies to draft policies that reflect the executive branch’s new approach to policing the nation’s workplace immigration laws. The No. 1 underlying principle, Mayorkas said, is to “reduce the demand for illegal employment by delivering more severe consequences to exploitative employers and their agents.”

He also set the key objective of encouraging workers to come forward and assist in investigations when they witness employers’ violations of workplace regulations.

Mayorkas also called for regulators to protect E-Verify, the federal system for verifying work credentials, from being abused by employers looking to punish discontented workers. His comments suggested that some companies avenge employee complaints by claiming the complainer isn’t cleared to work legally in the U.S.

He directed subordinates to highlight those protections within 60 days.

In addition to ICE, Mayorkas’ memo was sent to the heads of the U.S. Citizenship and Immigration Services and the U.S. Customs and Border Protections.

The directive from the Biden administration comes as the restaurant industry, a major employer of immigrants, is struggling to find enough workers. The industry has called for immigration reforms that uphold federal regulations without throttling the legal employment of noncitizens.