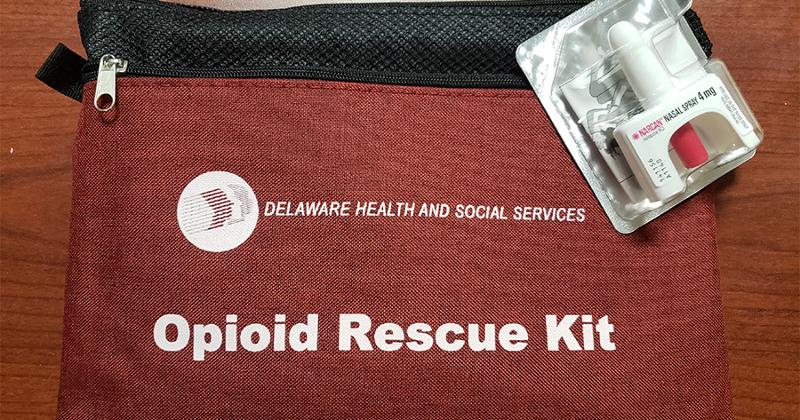 Plenty of states are looking to reduce deaths from opioid overdoses. Delaware may be the only one to count on restaurants as the means to do it.

Since March, health officials there have been conducting the Restaurant Accolade Program, an initiative aiming to teach restaurant workers the signs of an overdose and how to keep the victim alive. It grew out of research that found 10% of the Delaware residents killed by opioids in 2017 were employed in the foodservice business.

The focus is on helping employees save co-workers. But participants can earn a window cling that alerts the passing public that at least one employee inside has been trained to keep an abuser alive. If someone on the street should show signs of an overdose, the restaurant could be a source of help.

At the very least, the cling indicates the establishment has been armed with Narcan, the nasal spray that reverses opioids’ effect on respiration. Oxycodone, Vicodin, fentanyl and other opiate-based painkillers tend to suppress breathing. Narcan and other branded products containing naloxone can restore it.

Cans of Narcan are provided free of charge to every restaurant that participates in the Accolade Program. The training curriculum has three phases: bronze, silver and gold.

The beginner’s level, bronze, provides a restaurant’s staff with the fundamentals: How to recognize an overdose, and how to use the Narcan. That stage can take just a few minutes, and might take place at a booth or table at the restaurant, says Anne Carr, a community outreach manager for Delaware and project manager of the Accolade Program.

The silver phase, she says, is essentially Addiction 101. A champion or two is identified on the staff to learn more about Substance Use Disorder (SUD), the clinical name used by health officials to underscore that addiction is a disease, not a lifestyle choice.

Those champions learn where someone with a SUD can get help so they can serve as a resource for the staff. If someone suspects that a member of the team may be grappling with substance abuse, they’ll know where to turn for guidance on what to do next. The peer-to-peer setup might also encourage the abuser to ask for help since there’s a greater comfort level, according to Carr.

At the gold level, program officials work with the restaurant’s management to develop a program for systematically dealing with opioid use.

At present, about 28 restaurants and 68 employees are participating in the initiative, according to Carr. Most of the participating businesses are single-location businesses, but Carr says that a multi-unit, multi-brand franchisee has shown interest in participating.

The initiative was tweaked during the piloting stage to better suit the peculiarities of the restaurant business. For instance, says Carr, “our original plan was to provide classroom instruction—maybe 45 minutes in a school-like setting.” The industry’s reaction during that trial stage: “Crickets,” she acknowledges.

Now the instruction is given in short bits of a few minutes inside the restaurants. The host facility isn’t charged for its participation, and employees are typically on the clock for the instruction.

She says she knows of no similar programs at the state level. An official of a health department in Pennsylvania has monitored the program, says Carr, but she knows of no efforts currently underway to duplicate it.

But the state is already considering an adaptation for another big industry in Delaware, construction.

The Accolade Program is part of the state’s effort to combat Delaware’s dubious distinction of having the second highest rate of opioid-related deaths in the nation.

Toward that end, businesses can get Narcan for free via a state-run website.

The state health department has started giving away fentanyl strips as well as Narcan. The test slips can detect fentanyl in what a user might believe is a pure dose of another opioid. Fentanyl is cheaper and stronger, which makes it popular among drug dealers, but also riskier because of its potency.

About 80% of the opioid deaths recorded in Delaware involved fentanyl, Carr says.