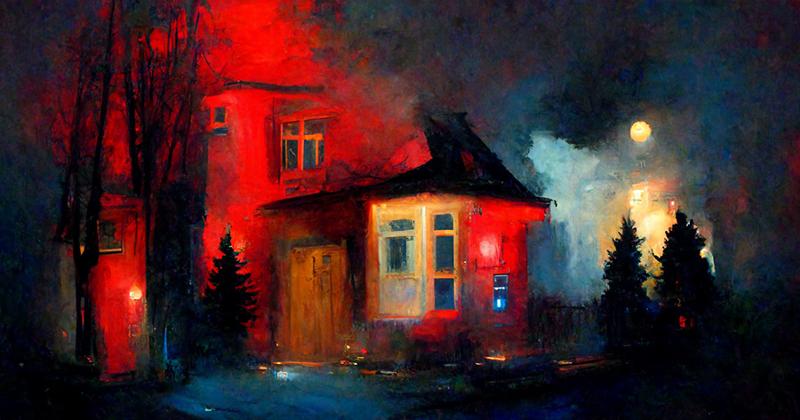 Law enforcement officers made a grisly discovery in a Colorado apartment back in late February. A relative of the couple who rented the Commerce City residence had stopped by to see why the pair and their infant daughter had suddenly dropped out of their daily routine.

What they discovered was horrifying. Inside were the toddler and six adults. Five of the grown-ups were dead from what the authorities determined to be fentanyl overdoses, the result of snorting doctored cocaine. The sixth was alive but in need of hospitalization. None was over age 32.

Agents of the U.S. Drug Enforcement were shocked by the discovery. It was the largest number of overdoses the agency had ever encountered in one setting in its struggle to curb what officials say is a full-blown epidemic of substance abuse.

The horror might have been even sharper for restaurateurs when they learned of the particulars. In passing, news reports noted where the overdose victims had worked. All, it turned out, had been employed at the time of their deaths in restaurants, chain and independent.

The situation underscored how the industry has become extraordinarily fertile ground for the abuse of alcohol, prescription opioids, cocaine, marijuana, benzos and the most pernicious of all, according to the experts, fentanyl.

In 2018, Delaware ramped up its counterattack against opioid abuse by looking at where the problem was most pronounced. It discovered that 10% of residents who died from opioid overdoses in 2017 had been employed in foodservice, by far the highest incidence among all industries.

State officials countered with a program intended to curb overdoses by teaching restaurant employees how to save a co-worker, customer or family member who’ve consumed a lethal dose of opioids or fentanyl, as well as where to get preventive help for themselves.

They’re also distributing Narcan, an antidote to an overdose, free upon request.

What few additional efforts exist have been ventures started by industry veterans, most of whom have had their own battles with addiction.

While the supply of those resources may not be great, demand is a different matter. About 8.6% of the entire U.S. workforce used drugs illicitly during a typical month in 2015, the last time the federal government conducted a survey to gauge the prevalence. The figure for restaurants and hotels was 19.1%. That was the highest for any industry and nearly three times the economywide average.

The same survey found that Substance Use Disease, or SUD, used today by health authorities to encompass both drug and alcohol abuse, afflicted 9.5% of the U.S. workforce in 2015. The rate for hotels and restaurants was 16.9%, again the highest level for any industry.

With SUD that prevalent within the whole U.S. workforce, of course the nation’s second-largest private-sector employer (after healthcare) would be expected to abound in victims. But there’s a growing assessment, more anecdotal than statistical, that restaurant workers are particularly susceptible.

A foundation of the business is selling one of the most abused substances. Alcohol is prevalent and accessible to any worker of legal drinking age. Indeed, there’s still a widely followed convention of rewarding workers who weather a daily tour of duty with a shift drink, a belt on the house. Follow-up drinks are typically offered to staff at a significant discount, if there’s a charge at all.

Plus, there’s the quick relief it can offer to the stressed—and in a slammed restaurant, that’s virtually everyone on staff.

“I don’t want to say that it’s an environment that makes you drink.  But certainly stress, adrenaline, [the] fast pace—and then it just kind of stops,” says Steve Palmer, the founder of The Indigo Road multi-concept group and co-founder of Ben’s Friends, an industry-specific program akin to Alcoholics Anonymous.  “That leads to people feeling like they need a release.” Those were the dynamics that fueled  his drinking until he went sober 20 years ago.

The thinking feeds a culture of tolerance that other fields are spared, according to other addicts who worked in the business.

“Management absolutely knows employees are drinking before the job, on the job, after the job,” says Steve Sarin, who worked in popular Colorado restaurants for more than a decade before becoming a communications specialist for AspenRidge Recovery, an SUD treatment group with three facilities in the state. “As long as they can still work, they’re not going to say anything.”

When Sarin worked for one of Denver’s highest-volume fine-dining restaurants, he kept a fifth of vodka in his locker within the employees’ changing area. He indulged in pick-me-ups for years without a wrist slap. How could he be singled out when so much of the staff indulged in one substance or another?

“None of your server or chef colleagues are going to say something because they probably do it too, or certainly know about it,” says Sarin.

If someone had a joint, teammates would step outside to light up without repercussion. “If someone said, ‘I had some cocaine, you want to do it with me?,’  I’d say, ‘Yeah, come on over,’” says Sarin.

Cocaine, the drug of choice, served as the staff’s aspirin.

“I can’t tell you how many times someone came in after a rough night and was having a hard time, and someone gave them a little cellophane sleeve of cocaine and told them, ‘Here, go have a couple of bumps and you’ll feel better.’ Dozens of times.

“I’d be shocked to find a restaurant where that didn’t happen routinely today,” he says. “The use of alcohol and illegal substances, it’s become systemized. It’s no longer stigmatized. It’s so prevalent that it’s easy to indulge.”

The peculiar structure of restaurant jobs can also mask SUD side effects that likely would not be tolerated elsewhere. As Sarin notes, where else can a young person “sleep until 2 in the afternoon, go to work around 4, work a shift, then go to bed late? You get away with using substances.”

The cover provided by the lifestyle was particularly a factor when the economy collapsed as the pandemic took hold, says Aynisa Leonardo, senior director of business development, for the Wellbridge addiction recovery center in Calverton, N.Y.

“Financial downturn is one of the things that leads to depression, suicide and addiction,” she says. “The working class is overlooked because they can easily hide in functional use. They can function, hold a job and abuse. And they have an income.”

That feeds a hard denial of the problem on the part of employee and employer alike, says Max Brandel, a Colorado-based psychology therapist who worked in restaurants before starting his practice seven years ago. His clientele includes current and former employees of the restaurant business.

“Just so much of it is denial. ‘I don’t have a problem. I’m here. I’m paying my bills,’” Brandel says. For the employer, “it’s hard because someone can do their job for six or eight hours and perform really well. That’s the impression their boss has.”

Plus, there’s an industry mindset that only wimps can’t handle regular benders or the pressures that foster them.

“I see it across the board in the restaurant industry: Similar to the military or law enforcement, there’s a culture of suck it up,” says Brandel.

A close corollary is a lingering conviction that sneaking out for a spliff or killing the last pours in a bottle of single malt has and always will be as much a part of the business as knives and forks.

“This is how we do it: We band together, we work our asses off, and then we party our butts off,” chef Philip Speer says of that culture when he encountered it in the 1990s in his 20s, when he had yet to get sober.

He calls it “the Bourdain culture,” after celebrity chef and acknowledged addict Anthony Bourdain, who hung himself in a French hotel room in 2018. “That was the norm, that was the culture,” says Speer.

Heck, TGI Fridays used to commemorate the appointment of a new unit manager by having the candidate join the senior team for a shot of Jack Daniels.

Abuse may not be encouraged, according to the theory, but tolerated or not it’ll persist. As long as the stress is there, substance abuse will be, too, and it’s unrealistic to think it can be rooted out.

The industry has used that excuse for its abuse problems for too long, says celebrity chef Andrew Zimmern, who’s in his 31st year of sobriety. He notes that many other industries have stressful jobs, but those trades aren’t seeing the same magnitude of abuse problems.

“People talk about the stress of the job,” he says. “While I acknowledge that, I think that’s a bullshit place to start. I think you need to dig deeper.

“The problem has oftentimes developed and had its genesis prior to the person ever coming into the restaurant industry,” he says. “They’ve come into the hospitality world because we provide jobs for very special populations–first-time job seekers, last-time job seekers, returning citizens from jails and institutions, single moms, undocumented new arrivals. These are the populations that have suffered traumatic abuse more often than others.”

Address their lives outside of restaurants as well as within, he suggests, and the picture might change.

“People that come from unstable family backgrounds, inconsistent parenting, or less than functional homes, they can work their way up and make decent money,” he says of restaurant workers. But “they are likely bringing their past in with them.”

“Addiction has less to do with your atmosphere and more to do with what’s going on inside your brain, your body,” says Speer. “However, restaurants fuel that, the access, the hours, the comradery, the culture, the expectation.”

Employers, Brandel says, need to start looking at employees as whole beings rather than as shift-long acquaintances if they want to learn which ones are susceptible to substance abuse and possibly in need of help.

That’s a tough challenge in a business where staffs might turn over several times in the course of just a year. But substance abuse is a problem that ranks among the most pressing of America’s social and political issues, says Sarin, who includes himself among the victims.

“It’s time for the restaurant industry to step up and start taking care of the people who keep your business alive,” he declares.