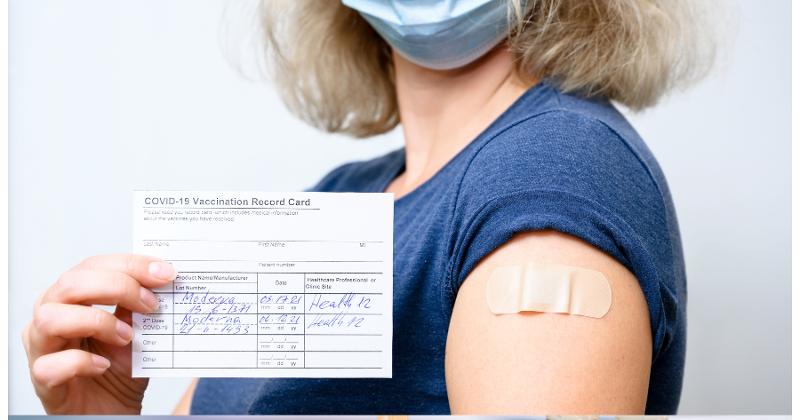 While the U.S. Supreme Court decides if President Biden’s employee vaccination mandate will remain in effect, Illinois is forging ahead with the requirement’s implementation.

Under an Illinois Department of Labor directive that took effect immediately, restaurant businesses and other companies employing at least 100 people are required by the state to comply with Biden’s plan by Feb. 24.

By that deadline, qualifying employers will need to have policies in place to verify which employees have been vaccinated; how records will be maintained and presented upon regulators’ request; and how an employee testing positive for COVID-19 is handled.

A qualifying business will also have to mandate that any employee lacking proof of vaccination be required to wear a face mask.

Employers will have until March 25 to come up with a system for testing employees who opt not to get vaccinated or who had tested positive for COVID and now want to resume working. Unvaccinated employees would need to be tested at least once a week.

The enactment dates are to some extent moot. Technically, Biden’s plan took effect on Monday, or three days after the nation’s highest court was asked for an emergency ruling to stop the implementation. The Supreme Court could still halt the adoption until a lower court determines the mandate’s constitutionality.

The nation’s highest court could also refuse to suspend the adoption, which would narrow opponents’ chances of thwarting the historic mandate to a no-go from the U.S. Appeals Court of the Sixth Circuit.

The White House has estimated that the vaccine mandate could affect 80 million workers. Under the plan announced by Biden on Sept. 9, any private-sector company employing at least 100 people would need proof from every staff member that they’ve been vaccinated against COVID or tested negative for the ailment within the prior seven days. The tests of the non-vaccinated would then have to be repeated at least every week.

Employees who refuse to comply and didn’t qualify for a narrow set of exemptions would not be allowed to remain in their jobs. It is expected that many would seek employment at companies with fewer than 100 workers on the payroll.

The restaurant industry has objected that it cannot afford to see its labor pool further depleted by any measure, much less one that could saddle them with new administrative and record-keeping duties. The business is already unable to find enough employees to avoid shutdowns, delayed openings and curtailed operations.

While the federal mandate is still being discussed in courts, some restaurant employers are taking steps to comply. Last week, Starbucks alerted its workforce that it intends to abide by the requirement and encouraged all of its partners, as it calls employees, to get vaccinated.

The Illinois Department of Labor said it would require compliance with Biden’s mandate for six months, or until July. Its decision to move ahead with a vaccination requirement is in stark contrast to the recent statements from the governors of Iowa and Arkansas, who have voiced considerable resistance. Iowa’s Kim Reynolds has alerted the Biden administration that the Midwestern state will not comply. Alabama’s Asa Hutchinson has publicly encouraged large employers in his state to ignore the requirement.