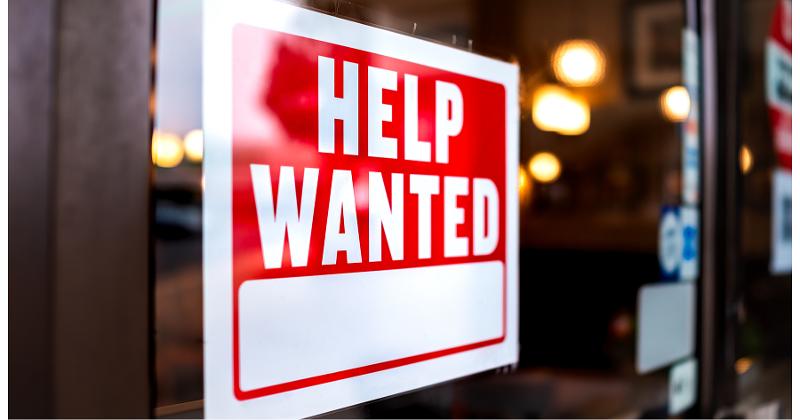 The restaurant industry made little progress during September in its struggle to refill jobs emptied by the pandemic, with industrywide employment virtually stagnating at the depressed level of the prior month, according to federal statistics released Friday.

The flatlining in August and September marks a steep drop-off from the addition of 197,000 workers by eating and drinking places in each of the first seven months of 2021, the U.S. Bureau of Labor Statistics (BLS) said in releasing the new figures.  The preliminary findings show a gain of just 29,0o0 jobs for the sector during September, after a decline of 24,700 positions in August.

With the net addition of 4,300 jobs since July, total industry employment now hovers around 11.4 million.

BLS indicated that 1.6 million fewer people were employed as of September 30 by leisure and hospitality businesses, a category that includes theaters, music halls, golf courses and other employers as well as restaurants and bars. Other research has indicated that at least 1.2 million of those vacancies may be in the restaurant industry.

“Today’s jobs numbers are another red flag that industry rebuilding has reversed in recent months,” Sean Kennedy, EVP of public affairs for the National Restaurant Association, said Friday in a statement. “These strains combined with waning consumer confidence have the majority of restaurants on shaky financial ground.”

He cited the association’s recent finding that 78% of restaurants can’t recruit enough employees to meet current levels of consumer demand, forcing many to reduce their capacities. Reports of dining-room shutdowns and reductions in hours have become routine in the business.

Leisure and hospitality employers’ ongoing frustration in restaffing comes despite a continuing climb in wage rates. The average hourly pay for workers in the sector hit $18.95 in September, just under an 11% spike from the mean wage of a year earlier. That’s more than double the rate of increase in the average wage across all private-sector businesses, the BLS numbers show.

The data show that employers in the leisure and hospitality sector eased back in September on the hours of the workers. In a typical week, an hourly employ logged 26.2 hours, down 18 minutes from the 26.5 mean of July and up just six minutes from the average of September 2020.