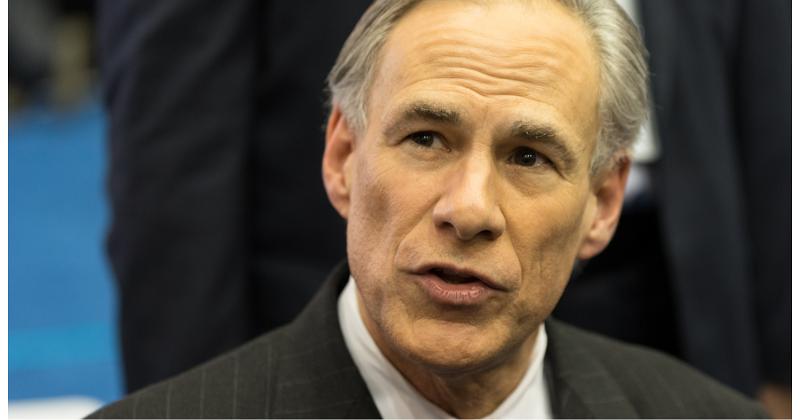 Photo of Gov. Abbott from Shutterstock

Restaurants and other employers in Texas were given a reprieve Monday from President Biden’s pending vaccination mandate by a bombshell executive order from Gov. Greg Abbott.

The directive prohibits all businesses in the state from turning away employees or customers because they prefer not to be vaccinated against COVID-19.

Effectively immediately, it counteracts President Biden’s emergency order that any company employing at least 100 people require the individuals either to provide proof of being inoculated or test negative on a weekly basis for coronavirus. An enactment date has not yet been set for the mandate, but the White House has indicated that it will likely take effect in the next few weeks.

Few logistical details of Biden’s measure, announced Sept. 9, have yet been revealed. But the aired particulars indicate that employees of qualifying companies can only be exempted because of religious or health reasons. Abbott’s order extends that pass to anyone “who objects to such vaccination for any reason of personal conscience.”

Biden’s mandate does not impose a vaccination requirement on the patrons of a business that’s open to the public, but the administration has openly encouraged companies to adopt customer screening voluntarily. A number of cities, including San Francisco, New York, Seattle, Philadelphia and New Orleans, have limited restaurant access to patrons who have been vaccinated or recently tested negative for COVID.

Abbott’s executive order prohibits private-sector businesses from voluntarily requiring proof of inoculation. A ban was already in effect for companies that do business with the state.

Abbott’s executive order is likely to spark considerable controversy, in part because it poses the question of whether a governor can countermand an emergency order from the president of the United States.

The Texas governor is already addressing that issue by directing the state legislature to consider drafting the ban into a law during an upcoming special session. A law may be more resistant to court challenges of the governor’s prerogative.

The move is also seeped in politics. Abbott has been adamantly opposed to many of the safety protocols that have been endorsed by other states and the Biden White House to slow the spread of coronavirus. For instance, he has banned school districts from requiring students to wear face masks on campus.

In his executive order, Abbott blasted Biden’s Sept. 9 directive as “yet another instance of federal overreach.” He accused the president of “bullying many private entities into imposing COVID-19 vaccine mandates, causing workforce disruptions that threaten Texas’ s continued recovery from the COVID- 19 disaster.”

Texas was one of the first states to drop restrictions on restaurants and other businesses whose operations were limited early in the pandemic. Abbott has maintained that lifting safety restrictions is essential to maintaining his state’s financial health.

"The Texas Restaurant Association is reviewing Governor Abbott’s latest order on COVID-19 vaccines, and the way in which it might interact with an emergency temporary standard that OSHA is expected to release in the coming weeks," the association said in a statement. "We fully expect more lawsuits to be filed on the topic of COVID-19 vaccinations, creating an evolving situation that we will monitor closely on behalf of our members."

His ban on vaccine mandates is likely to keep Texas considerably behind the nation as a whole in inoculation levels.  Just under 52% of the state's total population has been vaccinated against COVID, compared with a rate of 56.4% for the U.S. as a whole, according to statistics from National Public Radio.  Twenty-eight states have inoculated a higher proportion of their populations than Texas has.

President Biden has projected that his employee mandate will apply to about two-thirds of the nation's companies, and will result in the vaccinations of about 100 million Americans.