The show hasn’t even started, but a theme is already emerging for the National Restaurant Association’s mega-convention in Chicago. If the early hubbub is any indication, this may well be the Year of the Handheld. 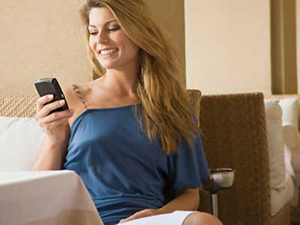 We’ve been hit with a Duluth-scale blizzard of alerts from industry newcomers who are set to change the business come May 20. They’re using the show, still the king of industry trade expositions, to introduce apps, new uses for iPads (primarily as menus, though also as a billing mechanism), restaurant finder services (think TripAdvisor and OpenTable), and citizen-rating networks (Yelp and a host of others).

We’ve seen this sudden emergence of an industry phenomenon before. The Year 2000 was a prime example, with more computer terminals in the booths than you’d find in the programming wing of Microsoft. The exhibitors weren’t touting computers or terminals, but online services, particularly purchasing schemes of one sort or another (the buzzwords flying that year: “aggregation,” “reverse auctions,” and “economies of scale for independents.”)

Curiously, I can’t think of more than two of those companies that are still around, and they’re almost unrecognizable from what they were.

Not that this year’s handheld upstarts are doomed. Far from it, though a shakeout always follows the rapid emergence of a new product or services category. Indeed, we at Restaurant Business feel bullish enough about handhelds to devote an editor to their coverage. So now we have a specialist in social media (yours truly), food (Pat Cobe), ideas and innovation (Sam Smith) and now handhelds/mobile management (Amanda Westbrooks).

We believe handhelds will follow the path of sustainability, the big focus of NRA 2008, though everyone knew it as the green movement back then. From a minor presence the year before, a conservation sensibility had grown into something omni-present.

That hasn’t changed. Indeed, this year EcoLogic will give us what is likely the first NRA to be made of living walls (i.e., plants growing on a vertical plane) and a grass floor.