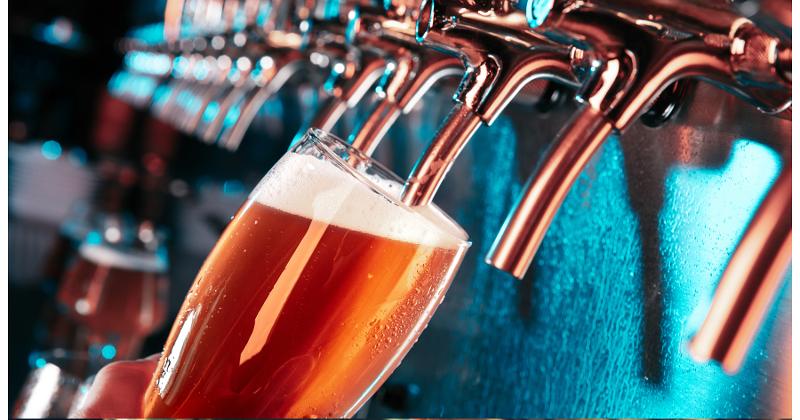 Noting local restaurants’ difficulties in hiring servers, Michigan has given liquor-licensed establishments a green light to have customers draw their own beer, wine and mixed drinks.

Under a bill signed into law this week by Gov. Gretchen Whitmer, restaurants can install taps that enable customers to draw up to 36 ounces of the covered alcoholic beverages, one serving at a time. On each trip to the tap, customers can serve themselves up to 16 ounces of beer, 12 ounces of wine or 12 ounces of a mixed cocktail.

Straight spirits still have to be provided by a server or bartender.

Patrons have to obtain the electronic card that activates the taps from an employee, who can check the customers’ proof of age and apparent level of intoxication. After the 36-ounce threshold is reached, the guest can revalidate the card with a staff member.

The law specifies that the key has to remain in the patron’s possession at all times, secured to them with a bracelet or neck lanyard.

Customers drawing drinks in a group are limited to 96 ounces of beverage per trip.

The taps can be located where guests are sitting or in a separate room. The law extends to establishments that have a permit to provide tastes of alcoholic beverages, such as a winery.

Sponsors of the legislation said they hoped the measure will hasten local restaurants’ rebound from the pandemic while easing their recruitment challenges.

They noted that a number of states have already permitted licensed establishments to add what are known as beer or tap walls where patrons can sample a variety of beverages and help themselves to a full serving.

Those set-ups started to appear before the pandemic as a more-efficient way to sell adult beverages. The dispensing equipment is another example of the labor-saving technology restaurateurs are embracing as they struggle to find and retain staff members.