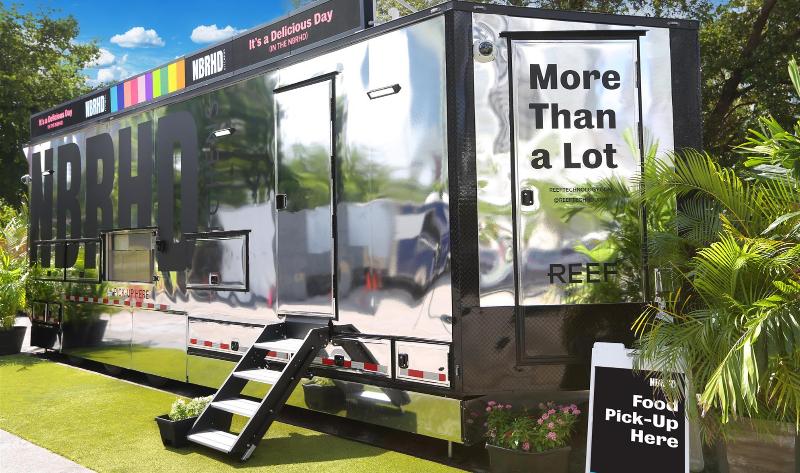 Fast-casual pizza chain 800 Degrees plans to open 500 ghost kitchens over the next five years through a new partnership with Reef Kitchens.

The delivery-only locations will be in the U.S., Canada and other international markets, and continue the company's strategy of pursuing nontraditional growth opportunities. Last month, 800 Degrees announced plans to add up to 3,600 locations via robotic kiosks from Piestro.

Both ventures represent an enormous expansion for the Los Angeles-based brand that had just 15 restaurants at the end of 2020. Its first Reef location opened Sept. 17 in Miami's Brickell neighborhood.

“We’re excited to take 800 Degrees Pizza to a larger audience in the Miami area and around the world,” said Tommy Lee, CEO of 800 Degrees, in a statement.

The ghost kitchens will be operated by Reef and will serve some of 800 Degrees' signature items, including its Tartufo and Carni pizzas, chicken wings, from-scratch meatballs and shishito peppers—though they won't be equipped with wood ovens, as 800 Degrees' traditional restaurants are. Instead, the brand is introducing a new "Thin & Crispy" crust using new technology, a representative said.

Miami-based Reef believes it is the fastest-growing restaurant company in the world. The company has more than 300 Reef "vessels" up and running worldwide, and expects that number to be in the thousands by the end of the year. It recently signed an agreement with Wendy's to open 700 ghost kitchens over the next five years.