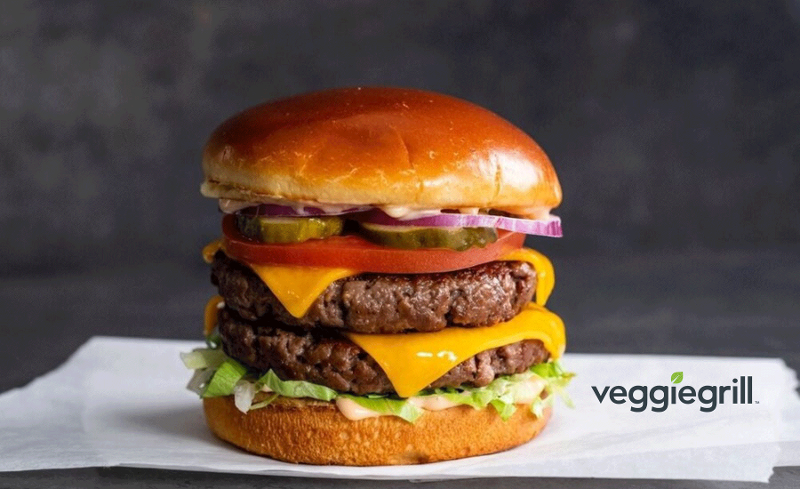 Fast-casual chain Veggie Grill is rebranding three of its existing stores as a new, plant-based burger concept, Stand-Up Burgers, with plans to grow that chain in the future.

Veggie Grill also launched a virtual concept, Mas Veggies Taqueria, last month that is now operating out of all of its 29 open Veggie Grill locations.

“These were hit very hard by COVID,” Veggie Grill co-founder T.K. Pillan said of the rebranding. “We thought this was a concept that deserved its own brand name and gave us more freedom to deliver a brand promise around enjoyment and indulgence and not worry about the health side of it.”

The first Stand-Up Burger opened Wednesday in Berkeley, Calif., with two more slated to debut later this spring in Chicago. The menu focuses on burgers made with Impossible plant-based patties, as well as fries and shakes. The concept also has an activist-focused mission and said it intends to donate a portion of its proceeds to causes benefiting animals and the planet.

“We wanted to leverage the existing infrastructure to get Stand-Up launched quickly,” he said. “That’s the biggest thing. We didn’t have to change much for Stand-Up.”

Veggie Grill considered adding its new burger brand as a virtual concept at its locations. But it worried there would be too much overlap with Veggie Grill’s existing menu of burgers and sandwiches, he said.

That’s why the chain decided to spin off a Mexican concept as a virtual brand instead.

Mas Veggies serves an assortment of plant-based tacos, burritos, nachos and bowls. In time, it will likely be added to the kitchens of Stand-Up Burgers, Pillan said.

The company has a licensing deal with Sodexo to bring Veggie Grills to college campuses, and is now offering the Mexican fast casual as well.

“We think it has a lot of legs,” he said. “Mexican is a huge category. There’s no other scaleable, plant-based Mexican out there.”

Currently, Mas Veggies is generating between 5% to 10% of the sales at Veggie Grills, he said.

“While COVID certainly isn’t something we enjoyed by any means, it did force us to innovate on top of our platform quickly,” he said.