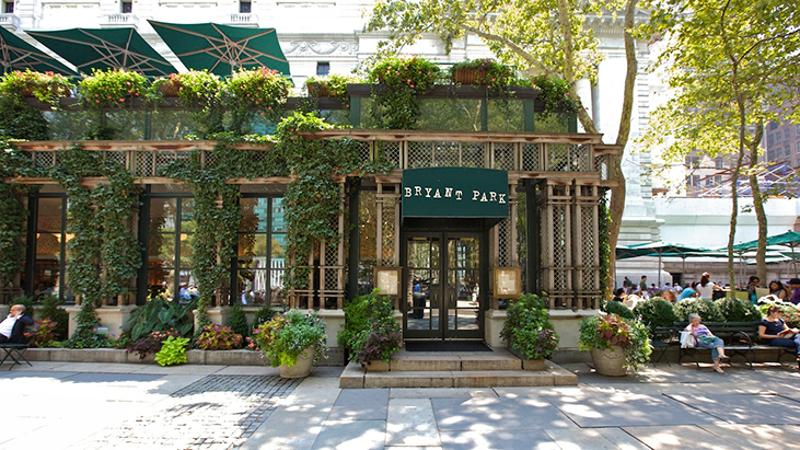 Year-end holiday parties are a big part of Ark Restaurants’ business, or at least they were in pre-pandemic days. Now the multi-concept operator is scrambling to hold onto $4 million in deposits for group events, one of the new uncertainties arising for independent groups like Ark as jurisdictions okay the reopening of dining rooms.

CEO Michael Weinstein detailed many of those emerging challenges in a presentation Tuesday to financial analysts who track Ark, the rare independent group that’s publicly owned. The company has been quiet since closing all 41 of its restaurants at the beginning of the COVID crisis. Weinstein’s account of his charge’s gradual restart proved a CliffsNotes review of the problems one-off restaurants face in the march back to normal.

For one thing, there were limitations on the geographic extent of management’s oversight. Chains typically have field structures. Ark’s small corporate staff operates out of New York City. Because of safety concerns, executives couldn’t trek out to Las Vegas or Florida for a look-see at those markets and what Ark’s operations there could expect as they snapped on the Open sign.

“About 10 days ago, we opened Las Vegas,” Weinstein said, referring to Ark’s five restaurants there, all of which are inside casinos. “There was fear in opening them up--we had no idea how they would do.” To the company’s pleasant surprise, all broke even on a cashflow basis, and Weinstein said he expects new numbers to show that sales are exceeding operating costs.

Sequoia, Ark’s gargantuan restaurant in Washington, D.C., was able to resume the use of its outdoor seating a few days ago. Even with social distancing, the al fresco capacity amounts to 307 seats. “It's too early to tell how that's doing,” Weinstein said.

”We have no idea what's going to happen in New York,” said Weinstein. “We just have no way to validate anything. To say that this is fraught with potential peril is an understatement.”

The unknowns in Washington and New York were presumably consumer trust and the profitability of limited dine-in capacities. In Ark’s two other main markets, said Weinstein, politics and bad behavior have proven the wildcards.

“The caseloads in Florida, Alabama, and Las Vegas are climbing,” Weinstein said. “I know there’s every intent upon government to keep these places open, but if we have cases in our restaurants and it becomes obvious that we're endangering our employees or our customers by remaining open, we're probably going to be faced with a decision that I see every business in the United States faced with: Do you close? Do you close until you can get everybody tested so that you have only people who tested negative in the restaurants?”

He noted that Ark restaurants with reopened dining rooms are already asking every customer to provide contact information in case an employee or guest should test positive for coronavirus and anyone at risk of contamination needs to be alerted.

In addition, “we sent out notices to all our employees [saying] it is their responsibility to be considerate to their fellow employees and to their customers and wear a mask and practice social distancing, [and to] avoid crowds when they're not in the restaurants to improve the odds,” Weinstein said. "But obviously there is no assurance that we can keep virus out of our restaurants.”

And then there’s the risk to Ark’s large and profitable party and group business. “Places like Sequoia, Bryant Park [and the New York restaurant] Robert do a lot of events,” said Weinstein. “Well, we're not doing events right now.

It’s not even certain that those restaurants will be able to hold parties and group dinners during the year-end holidays. Social distancing may discourage partying, as might the economic downturn that the pandemic triggered.

“We had $4 million on deposit for Christmas events and we're trying to reschedule people and encourage them to keep the deposits for another day,” said Weinstein. “We’re somewhat successful, but there are deposits flowing out of here as well.”

He stressed that all members of his executive team have skin in the game. “The top five at the corporate office were salaried and bonused at $3 million last year,” the CEO and company founder said. “That number went down to $220,000 the minute we closed. Everybody went down to $50,000.”

After slashing pay by as much as 95%, the board has raised salaries to 65% of pre-COVID levels. “Except me,” said Weinstein.