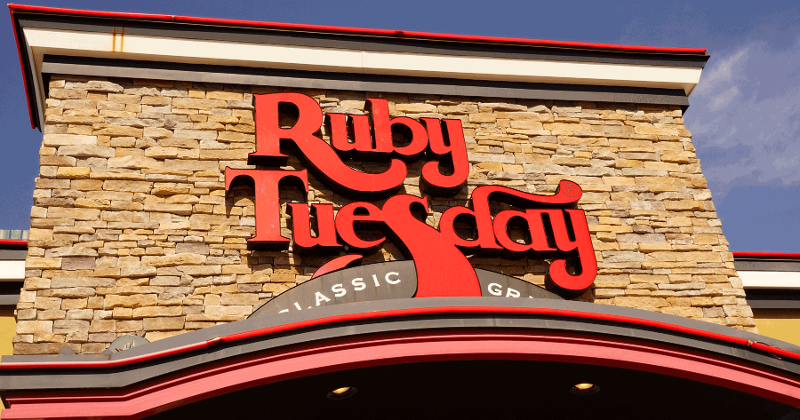 Ruby Tuesday’s Chapter 11 bankruptcy proceedings are unfolding as messily as a starving teen’s dive into a platter of ribs—family-sized, with no napkins.

Stakeholders have flooded the oversight court’s inbox with filings pertaining to three retirement plans that were established 35 years ago as perks for select executives and employees. The pools, known in legal circles as rabbi trusts, have a value in insurance policies and cash of about $22.5 million. Because the funds were set up for individuals who met certain income and longevity milestones, they’re also known as top hat benefit plans.

Ruby’s owner, RTI Holdings, maintains that it has rights to the assets because it funded the programs; beneficiaries apparently did not contribute to the pools.

The company also notes that potential beneficiaries of the plan are essentially now creditors of RTI, which is shielded from all creditors by the company’s insolvency and Chapter 11 filing.

RTI has asked the court for a go-head to liquidate the funds and use the cash proceeds for repayment of lenders and a possible restructuring. Court documents show the company owes $37.9 million to secured creditors and currently has another $18.8 million in overdue bills, for a total deficit of $56.1 million.

Beneficiaries of the rabbi trusts countered as a group that the retirement funds were part of their compensation, as noted in employee contracts and the like, and were merely deferred. “RTI now seeks to improperly take back these promised retirement benefits contrary to their promises, contracts, and obligations,” the ad hoc group asserted in one of its filings. It noted that some of the recipients are now “over 80 years old” and depend on the payments for day to day expenses.

It also argues that RTI should have liquidated the funds’ assets and distributed the proceeds after one of its changes in ownership if it intended not to maintain payments through the trusts.

RTI shot back that all parties were implicitly aware of unfunded retirement programs’ uncertainties. “The use of ‘rabbi trusts’ is always predicated on an uneasy bargain,” it wrote in yet another court filing. The participants  “know that, in exchange for their ability to defer taxes on their compensation, the rabbi trust’s assets explicitly remain the property of the company, subject to claims of the company’s creditors—not just the participants.”

Far more is at stake for RTI than about $22.5 million in found cash. Without those proceeds, and tens of millions still owed, the oversight court could reclassify the Chapter 11 action as a Chapter 7 filing to get creditors their diminished repayments more quickly. As a result of the redesignation, RTI would be forced to liquidate its undisputed assets at fire-sale prices.

RTI has stated emphatically that it is not opposed to a sale of the company. Indeed, court documents show that it tried to sell itself back in August but elicited only one offer, which it apparently deemed insufficient.

In its Chapter 11 plan of reorganization, the company asked the court for permission to pursue two routes at once: A recapitalization and reorganization, or an outright sale of the company. RTI has petitioned the court to expedite a sale, in part by posing incentives for a “stalking horse,” a low-ball bidder who sets a floor price for an auction, to come forward.

The court filings provide little new information on the problems that led to Ruby’s bankruptcy filing. The documents note that the chain pivoted along with virtually all of its casual-dining competitors into a takeout and delivery operation at the start of the pandemic. In addition, it furloughed 7,000 of its 7,300 employees.

But those efforts failed to avert the closing of 185 restaurants during the pandemic, according to the papers.

The chain consists today of 236 outlets.