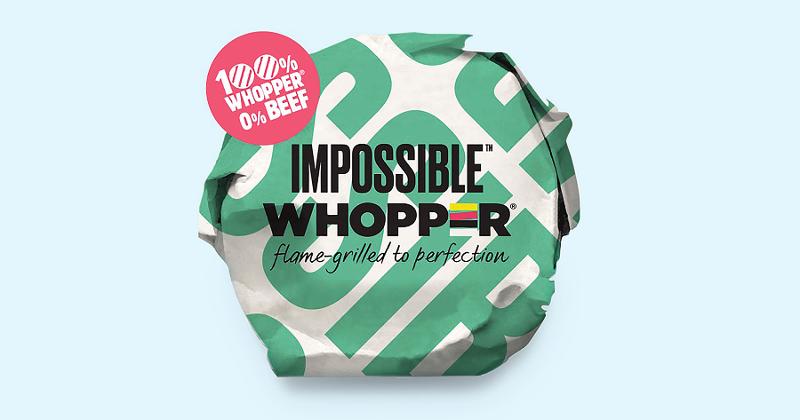 Burger King started testing an Impossible Whopper in April in its St. Louis restaurants and just five weeks later said it planned a national introduction by the end of the year, a shockingly fast move from initial test to planned rollout.

Sales numbers for Burger King out of St. Louis, thanks to Restaurant Business sister company Technomic, help explain why.

Sales at Burger King surged 28% in April, the month of the test, in that market.

By contrast, sales at rival McDonald’s rose just 2% in the market during the month, based on data from Technomic’s Transaction Insights.

The Impossible Whopper’s sales mix can be seen in check average, which is up 7% year-over-year at a chain that has focused more on value to get customers in the door.

But the big numbers are in transactions and the number of unique customers.

Transactions are up 20% year-over-year, said Adam Roberts, program manager for Technomic. And many of those—most of those, in fact—are coming from people who otherwise don’t go to Burger King. The number of unique customers rose 15%.

While the rollout seems quick, Finazzo did say that the company has been working on its Impossible Whopper “for some time.” Still, the sales and traffic results clearly explain the chain’s enthusiasm.

Burger King has since expanded its Impossible Whopper test into three markets and seems intent on a national rollout by the end of the year.

To be sure, Burger King can’t expect these types of numbers for long, and certainly once the product is introduced nationwide later this year. What’s more, Burger King generated a lot of marketing impressions with the announcement of its St. Louis test.

Given the burger’s presence just in that market, that likely generated a ton of interest from people curious as to how it tastes. Ultimately, the real test will come after the product has been on the market for a few months.

But the consumer reaction so far to plant-based burgers under the Impossible Foods or Beyond Foods names has led to a virtual revolution in the fast-food world as quick-service chains have pushed to offer meatless versions of their products.

Many chains that have offered such products have reported strong results—Del Taco said its Beyond Taco was a remarkably strong new product introduction earlier this year.

The Impossible Foods product has become so popular that the company can’t keep pace with all the demand. That will ease ultimately as the company adds manufacturing capacity.

If there is any sustained momentum in these sales, I’d expect the burger giant to offer some sort of plant-based product in its restaurants. The chain has already started offering such items in international markets, and it is under pressure to do the same here.

The fast-food chain that has maintained its plant-based item the longest on a large scale has been White Castle. CEO Lisa Ingram said on our podcast recently that the product has worked well for the chain, even after a year with the product on its menu.

It remains to be seen whether fast-food chains can continue to generate consumer enthusiasm over time. And in the price-conscious quick-service world the prices for these burgers will have to come down.

Still, based on Technomic data it sure seems like Burger King has little choice but to offer the product at all 7,000 of its restaurants.