As inflation rises this summer, prices at O’Charley’s will fall.

The Nashville-based casual-dining chain last week said it would start discounting online orders based on the consumer price index (CPI), a federal figure that measures inflation. In May, the CPI was 8.6%—its highest level since the early ’80s—entitling O’Charley’s customers to an 8.6% discount on online orders in June.

It’s part of the chain’s newly unveiled Economic Stimulus Package, an assortment of discounts and deals aimed at consumers who are increasingly watching their wallets amid skyrocketing prices for food, gas and other things.

The bargain offer is a departure from restaurants’ penchant for price hikes over the past year as they look to offset higher costs for food and labor: Food away-from-home prices were up 7.4% year over year in May, including 9% at sit-down places. And while consumers seemed to be unbothered by the hikes at first, they have started to shift their behavior more recently, particularly as gas prices climbed to record highs. A Morning Consult survey published last month found that more than 8 in 10 respondents planned to cut back on dining out.

That pullback has translated to traffic declines, especially at full-service restaurants, which tend to have higher check averages than quick-service places. According to Placer.AI, visits to FSRs fell 4% year over year in June, while fast-food traffic was up 7.3%.

Now, some sit-down operations are trying to defend against those traffic declines by courting price-conscious consumers with discounts and value meals, often in short bursts. 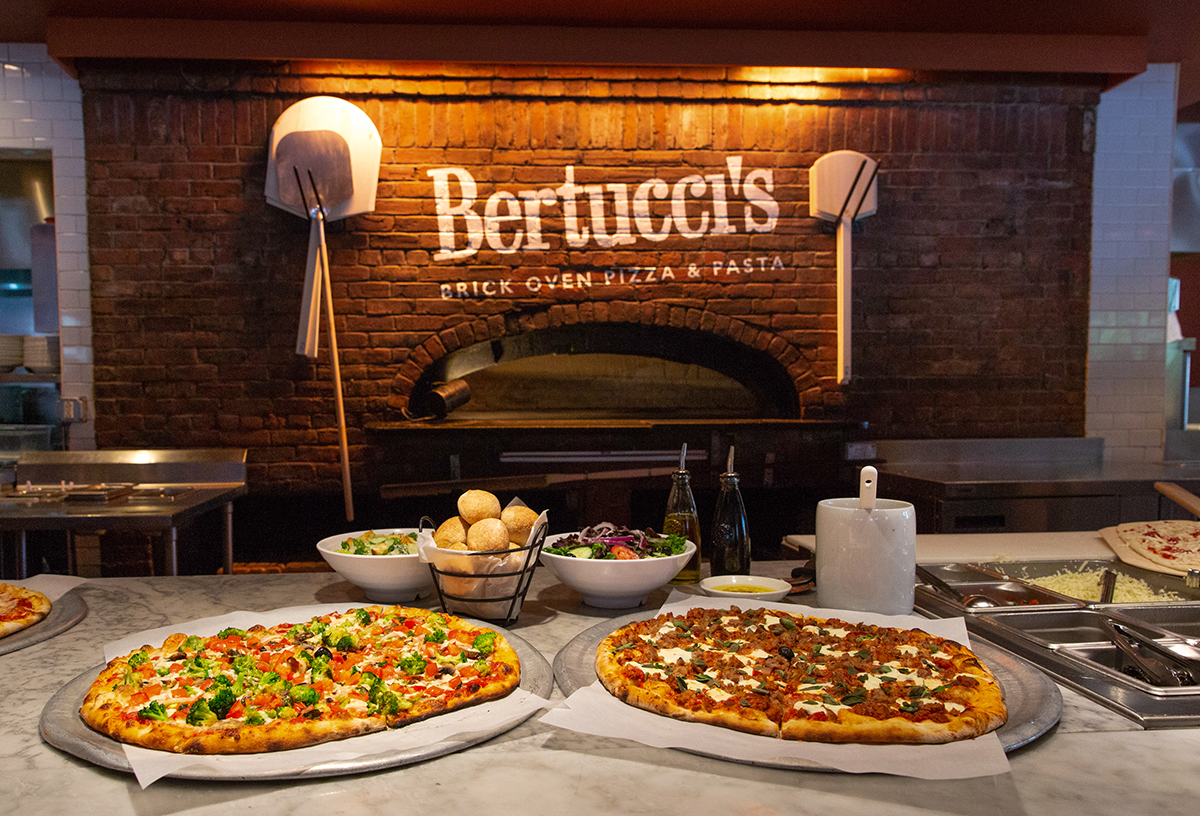 Bertucci's is charging 1980s prices for certain items, including select pizzas, for a limited time. / Photograph courtesy of Bertucci's

In some instances, the savings can be significant. The Bertucci’s Italian chain last week said some locations would offer “inflation relief” with a limited-time menu that cuts prices by as much as 75%—a throwback to Bertucci’s 1980s origins.

Dine-in customers can choose from more than 10 menu items, including certain appetizers, entrees and dessert, for prices ranging from $3.25 to $6 each.

"These are challenging times for so many, and it was important for the Bertucci's family to do something to offer a bit of relief—and this throwback menu should help,” said Robert Earl, founder of Earl Enterprises and owner of Bertucci's, in a statement.

The offer, however, is extremely limited: It’s available only at Bertucci’s in New Hampshire and Virginia, and for just four days: July 6, 7, 13 and 14.

O’Charley’s also offered a blink-and-you'll-miss-it sale on gift cards leading up to Independence Day: Starting July 1, customers could buy a $25 voucher for the patriotic price of $17.76. The discount contributed to a 50-fold increase in gift card sales compared to the same period last year, according to a representative for the chain. 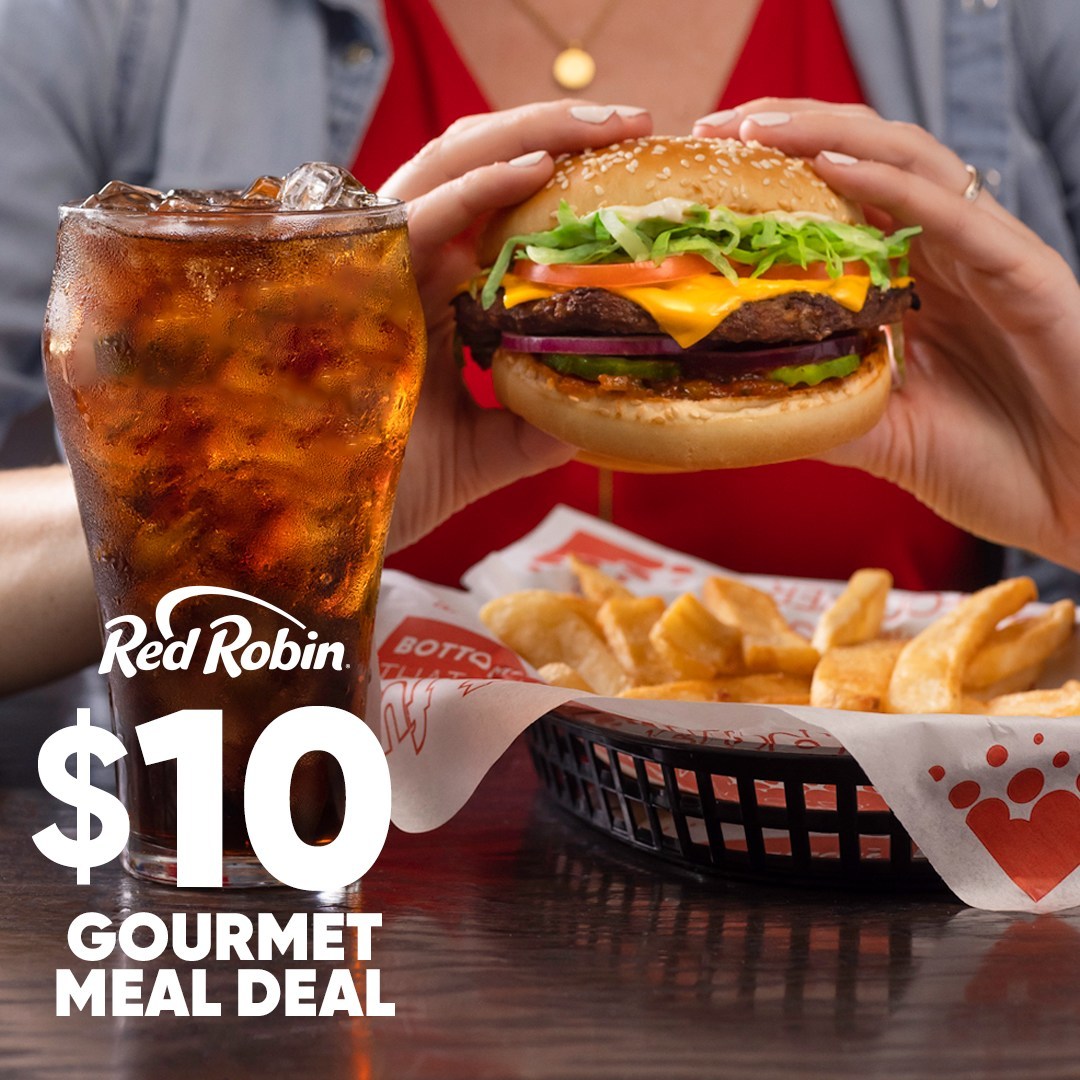 A new $10 meal at Red Robin is geared toward price-conscious guests. / Photograph courtesy of Red Robin

The deals stand in contrast to the pricing strategy at fast-food brands, where some franchisees have been resistant to discounts recently. Some Subway franchisees, for instance, have stopped accepting coupons, and some McDonald’s operators are ditching a long-standing $1 soft drink deal in an effort to protect their margins, The Wall Street Journal reported.

QSRs are, however, continuing to promote value, evident in McDonald’s new 2-for-$6 offer, the return of Burger King’s $5 Your Way Meal and Wendy’s 4-for-$4 and $5 Biggie Bag options. Such bargain menus are also starting to pop up at sit-down restaurants as they look to give customers more spending flexibility when they dine out. Red Robin last week unveiled a $10 Gourmet Meal Deal that includes a burger, bottomless fries and free drink refills in response to what executives called a “softening consumer.” That will be marketed alongside higher-priced limited-time offers that have also proven popular.

“Right now for the consumer, it’s about choice for them,” Red Robin CEO Paul Murphy said during the chain’s quarterly earnings call last month. “How do they want to spend whatever discretionary income they have?”

Other full-service chains have taken a similar tack, with $10 seeming to be a value sweet spot. After raising prices twice in the past year, 17-unit 4 Rivers Smokehouse was in danger of outpricing its customers. So in January, it debuted a special “inflation menu,” a rotating selection of items that sell for no more than $9.99. The dishes feature smaller meat portions but are filled out with whatever veggies and other ingredients 4 Rivers has on hand, resulting in more food and less waste.

“We reduced food costs by 40%, and guests get more volume of food,” CEO John Rivers told RB in March.

In Denver, three-unit Little India Restaurant & Bar is offering a $10 all-you-can-eat buffet through July as well as $1 tamarind margaritas.

"We get it! Rising inflation is driving up the costs of gas and everyday items, and we want to provide our customers with low-cost, high-quality meal options," said General Manager of Operations Robert Yoakum in a statement. "No need to worry about breaking the bank!"

Some operators, meanwhile, are actually seeing food cost inflation ease and are passing the savings on to customers. Mighty Quinn’s, a 13-unit barbecue chain, lowered the price of its two most popular entrees by about 9% last month as its protein costs slowed or even fell. A $20 two-meat sampler with brisket now sells for $18.

“Sometimes during these high inflationary environments, companies use it as a cover to raise prices because everyone else is doing it,” Co-CEO Micha Magid told RB last week. “That can’t go on forever. We wanted to take a stand that we’re not going to participate in this part of the cycle.” He added that Mighty Quinn’s traffic has improved since the price drop.

Wingstop has also seen sky-high wing prices start to come back to earth and hinted that it would work to offer customers more value.

“Where other brands are navigating inflation and margin pressure are likely going to be taking price and we are experiencing meaningful deflation, we do have the opportunity to lean into that and give some of that back to consumers in the form of value,” Wingstop CEO and President Michael Skipworth told investors in May.