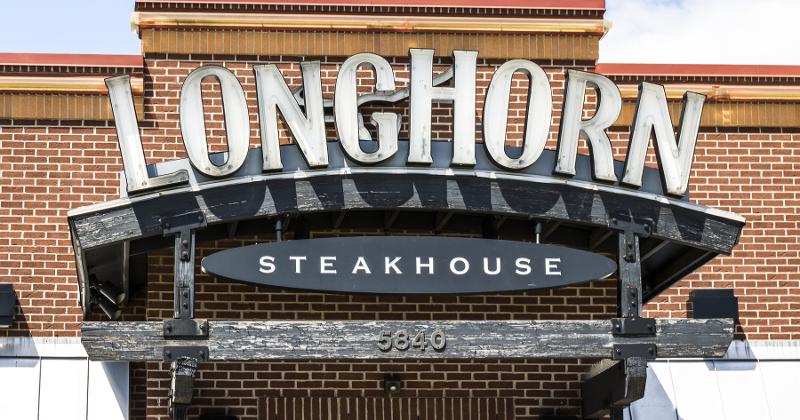 LongHorn Steakhouse has soared this spring as consumers flocked to the chain’s steakhouses as states reopened dining rooms, helping parent company Darden Restaurant to a better-than-expected spring quarter, the company said on Thursday.

LongHorn’s same-store sales rose 13.5% in the quarter ended May 30 when compared to the same period in 2019.

Sister chain Olive Garden, meanwhile, said same-store sales were down 1.5% from the same period—though its sales turned positive in both April and May, after consumers received stimulus checks and began going out to eat more often.

For the entire Orlando-based company, which also includes Cheddar’s Scratch Kitchen and several fine-dining concepts, same-store sales were down 0.5% in the period.

“We had a strong quarter that exceeded our expectations as sales improved throughout the quarter,” Darden CEO Gene Lee said in a statement. “Given the business transformation work we have done, and the demand we are seeing from the consumer, we are well-positioned to thrive in this operating environment.”

Still, the company said that it generated $412 million in EBITDA, or earnings before interest, taxes, depreciation and amortization, in the fourth quarter. Net earnings for the quarter were $368.5 million, or $2.78 per share, up from steep losses a year ago.

Darden has started paying dividends to shareholders and began buying back shares. It also repaid the company’s term loan.

The company expects same-store sales to rise between 5% and 8% this fiscal year compared with pre-COVID levels and expects 35 to 40 restaurant openings.