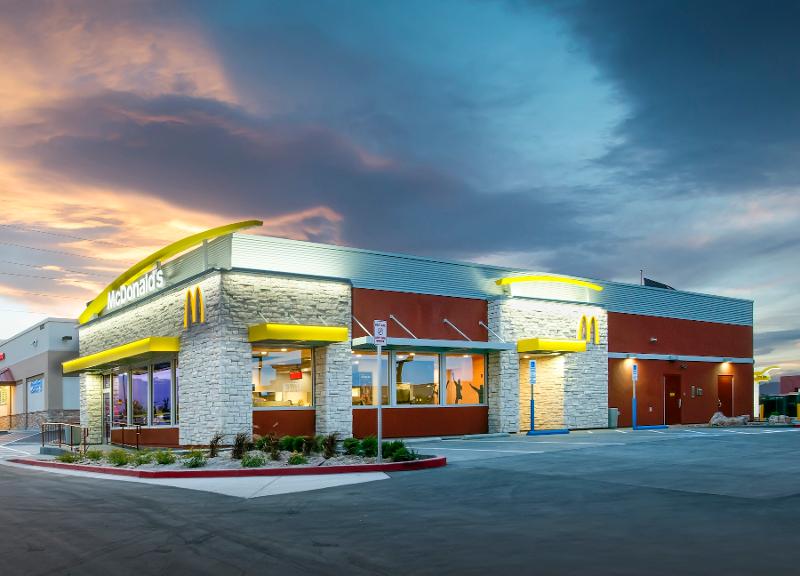 Specifically, the Chicago-based burger giant plans to give its popular sandwich away for free on Monday, which it is declaring “National Egg McMuffin Day.”

That also happens to be the day that the Dublin, Ohio-based Wendy’s plans to officially introduce its morning daypart nationwide—though it has already been selling its breakfast products in many locations as part of a “soft open.”

Customers who download McDonald’s mobile app will be able to get a free Egg McMuffin during typical breakfast hours Monday, from 6-10:30 a.m.

The offer is the latest evidence that McDonald’s doesn’t plan to take Wendy’s effort to muscle in on its breakfast territory sitting down. The larger chain, which gets about a quarter of its $40 billion in U.S. system sales in the morning, has become increasingly aggressive in pushing its morning daypart.

That has started with new products specifically for the morning, such as Donut Sticks and more recently a McChicken Biscuit and Chicken McGriddles. Earlier this week, McDonald’s reintroduced its nationwide 2 for $4 Mix & Match breakfast sandwich offer. And now it’s offering free Egg McMuffins on the day Wendy’s starts its breakfast.

For McDonald’s, the stakes are significant. Though the company generates nearly as many sales in the morning as Wendy’s does all day, it has seen traffic weaken in recent years as the competitive landscape has intensified.

“We have to win at breakfast,” McDonald’s CEO Chris Kempczinski told investors in January. “There’s obviously a lot of focus and attention we’re going to be putting on that in 2020.”

Wendy’s, to be sure, has been especially aggressive in targeting McDonald’s: It has been advertising its breakfast daypart with ads featuring former McDonald’s Corporate Chef Mike Haracz. 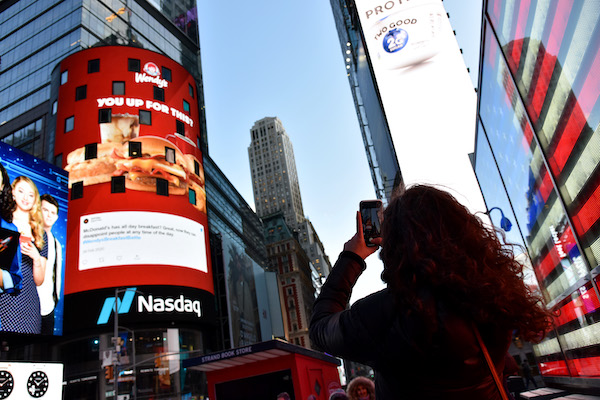 The company only intensified its efforts later in the week. Wendy’s famous Twitter account went private this week and asked its fans to roast “stale, old breakfast offerings,” then posted those tweets in an add on New York’s Times Square.

Meanwhile, Wendy’s locations in Florida and South Georgia said they would give away free breakfast sandwiches for a year to the first 100 drive-thru customers who purchase a breakfast coupon book on Monday.

Company executives have said they expected a response from competitors. “Everybody knows there’s a new entrant coming into the daypart,” CEO Todd Penegor said this week. “There is a lot of competitive messaging out there. But we’ve got our messaging.”

UPDATE: This story has been updated to include additional information from Wendy’s.