The Restaurant Business annual Restaurant Growth Index can direct you to the best opportunities for your next location. But there are may mistakes to avoid after that. 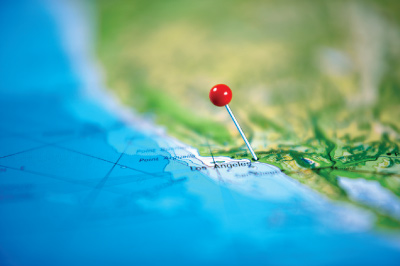 Mistake: Neglecting due diligence
Many operators don’t do enough research on demographics, competition and traffic potential before deciding on a location. “A good investment for first-time operators would be to hire a site selection company that specializes in research based on your concept,” notes Brad Belletto, CEO of Vision 360 Design.

Adds Matthew Mabel, president of consulting firm Surrender: “The biggest advance in the last generation is many of the site-specific diagnostic and analysis tools that were once only used by chains.”

Firehouse Subs, currently boasting 493 units, relies on an outside company to help its franchisees identify trade areas. “They conduct extensive mapping to determine if a site has traffic-building anchor points in a strip mall or at the intersections, good visibility from the road, easy accessibility and ample parking,” says John Namey, director of real estate services.

Mistake: Non-restaurant real estate brokers
It’s important to work with a broker who understands the industry and a restaurateur’s needs, says Jeffrey Yarbrough, CEO of bigInk Real Estate Services in Dallas. It’s usually more cost efficient to go for second-generation restaurant space and adapt your plans accordingly, reusing existing exhaust systems, air conditioning, electrical, plumbing, etc. But “your broker has to know what a grease trap is and how to evaluate the exhaust system,” Yarbrough points out.

Mistake: Overvaluing a space’s physical assets
When you look at second-generation space, make sure the building, equipment and existing hookups are up to code. “There’s a notion that you can use everything in a restaurant space, but legally, you may have to make more changes than you think,” contends Aaron Noveshen, founder and president of San Francisco consulting firm The Culinary Edge and operator of Pacific Catch restaurants. “Figure out if you’ll need upgrades and do a deep dive into costs on all the utilities.”

“Before drawing up plans with an architect, pinpoint column locations, sprinklers and other potential roadblocks to construction,” says Namey. “And check into the regulations of all the municipalities that affect your location.”

Mistake: Undervaluing the lease
Since the majority of restaurant spaces are leased, it’s crucial to negotiate favorable terms. “Don’t sign a lease where you won’t have control for at least 15 years,” warns Noveshen. To minimize upfront risk but maintain long-term flexibility, he suggests negotiating three five-year leases or a five- and 10-year arrangement.

Mistake: Underestimating costs
At each new site, Firehouse Subs invites its architect and several contractors to a pre-bid meeting on the same day “to assure that everyone is bidding on the same scope of work,” says Namey. They then get in bids and each goes through a critical analysis to make sure nothing is overlooked.

Mistake: Rushing equipment purchases
Using a kitchen designer who isn’t tied into specific manufacturers can save money in the long run. “Designers tend to be unbiased and will spec equipment that better suits an operator’s needs and budget,” Belletto claims. When purchasing equipment, he advocates bidding out to a number of companies and comparing prices. Second-hand equipment is also an option.