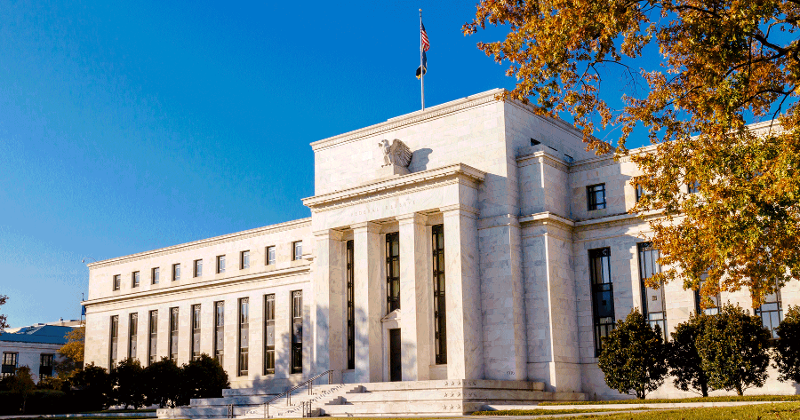 With state after state re-shutting dining rooms, restaurants are screaming for federal assistance to get them through the flashback to March and April. But the chances of getting a Paycheck Protection Program (PPP) or similar lifeline this time around look virtually nil for the short term, political authorities agree.

Although President Trump had promised to push through an aid program specifically for restaurants and other small business immediately after the Nov. 3 elections, talks between his administration and Congressional Democratic leaders have stopped cold.

Those negotiations were taking place between Speaker of the House Nancy Pelosi and Secretary of the Treasury Steve Mnuchin, a principal architect of the PPP. “Mitch McConnell was not part of those negotiations,” says Sean Kennedy, EVP of public affairs for the National Restaurant Association, a position that essentially makes him the restaurant industry’s leading lobbyist.

McConnell, majority leader of the Republican-controlled Senate, has voiced his opposition to a sweeping relief and stimulus measure like the CARES Act, the omnibus piece of legislation that created the PPP, extended an extra $600 a week to the unemployed, and provided most households with a $1,200 assistance check. Prior to the election, the Kentucky Republican had championed much smaller relief measures, which the Democrats rejected as insufficient for the circumstances. Since Nov. 3, he has focused on approving judicial appointments by the White House, with little mention of relief or stimulus legislation.

With Trump’s defeat, Mnuchin has pulled back from his interactions with Pelosi, essentially making McConnell the Republican point person in negotiating assistance measures. “There are no talks occurring between the new negotiators,” Kennedy says. “No talks have started yet.”

The wildcard may be what happens in the January runoff elections for both of Georgia’s Senate seats. If Democratic candidates should win both races, the party would assume control of the upper chamber, affording President-elect and Democratic Party leader Joe Biden an easier time of pushing through relief legislation.

“President-elect Biden has made it clear that he’s looking for a wider solution from Congress,” says Kennedy. “He views this pandemic as a top priority, and it’s been his position that help is necessary. We encourage that passion and enterprise.”

In the meantime, the association and its state affiliates “are looking at ways large and small that will help restaurants to operate more efficiently,” he continues. “We are going to need to scratch out a win in every city, in every state.”

In addition to pressing for outright aid, the industry advocates are pushing for such concessions as continuing to allow the sale of alcoholic beverages for off-premise consumption, or even actions as simple as easing parking regulations so takeout customers can park at the curb outside a restaurant while they run in for a to-go order.

In addition, ‘we will continue to press Congress,” Kennedy said.

The association is joined in that effort by a number of state officials. Michigan Gov. Gretchen Whitmer, for instance, teamed up with the legislative leaders of her state to send a letter to their federal counterparts, besieging Trump, Pelosi and McConnell to hammer out a new federal aid package. She mentions the restaurant industry as one of the businesses that is especially in need of help.

What aid is available

States and counties are attempting to offset the lack of federal assistance to restaurants by developing or deepening their own assistance plans. When the state of Washington said last week that it was reclosing restaurant dining rooms, Gov. Jay Inslee simultaneously announced that $50 million would be set aside to help restaurants survive the new shutdown.

Delaware, which dropped the capacity cap on dine-service to 30% of indoor seating, is deepening its small-business aid pool by $25 million specifically to help restaurants and taprooms.

After shutting dining rooms in 15 of his state’s 64 counties, Colorado Gov. Jared Polis convened a special session of the state legislature to push through a new $220 aid package. He named restaurants and bars as prime beneficiaries.

In New Jersey, where Gov. Phil Murphy has warned that more statewide restrictions are imminent, the state Economic Development Authority has set aside $2 million to simultaneously help struggling residents and local restaurants. The money will be used to buy meals from distressed restaurants and then donate the food to needy families.

The state also has a program whereby businesses can get a 10% discount on personal protective equipment. Small businesses such as restaurants can qualify for an additional 25% on the costs.

A reason for hope

Without immediate aid, the industry faces an alarming situation, observes Kennedy. “Every full-service restaurant has the potential to collapse if there isn’t relief soon,” he says.

But the challenge is coming up with an acceptable form rather than selling all political stakeholders on the necessity. “What we continue to take hope in,” says Kennedy, “is that all sides--Republican and Democrat, left and right, liberal and conservative—see the need to help restaurants survive.”