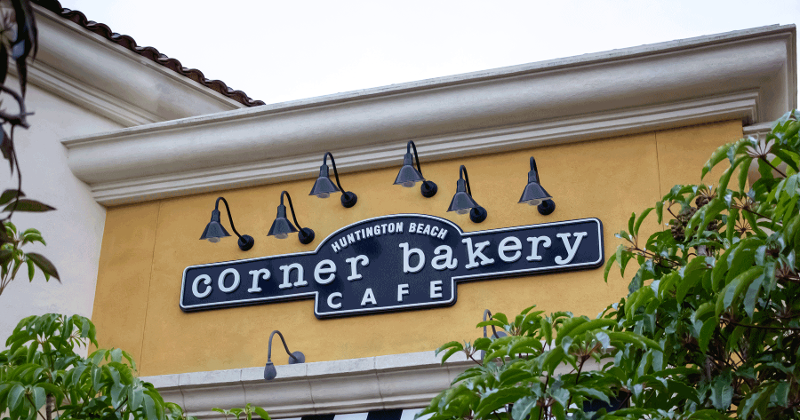 The coronavirus has turned downtown commercial areas into ghost towns, which has had a predictable effect on bakery/café chains that rely on office workers for breakfast and lunch business, not to mention their catering contracts.

The latest to suffer is, apparently, Corner Bakery Café. According to the publication Debtwire, the chain has hired both restructuring and financial advisors to explore strategic alternatives, including a sale, while it also restructures its debts.

The chain, according to Debtwire, has seen steep declines in earnings and revenues since the start of the pandemic. Corner Bakery generated $18 million in adjusted earnings before interest, taxes, depreciation and amortization (EBITDA) in the 12 months ended February.

A representative for Corner Bakery said the company would not comment for this story.

Yet it’s indicative of the problems the bakery/café segment is having in general during the pandemic, and especially those that planted their flags firmly in the urban market.

Urban markets have become a major challenge. Americans continue to work from home even as many states reopen dining rooms.

Urban-centric bakery/café chains have been among the biggest losers during the pandemic as a result. These brands relied heavily on office workers ordering a pastry on their way to work or grabbing a salad at lunch, and many had significant catering operations that have suffered over the past several months as gatherings disappeared.

The 16-unit Maison Kayser declared bankruptcy and is being sold to Aurify Brands. Similarly, Aurify is buying Le Pain Quotidien out of bankruptcy.

Several other bakery/café chains have struggled, however, as have a number of fast-casual restaurants with a lot of urban locations, such as Potbelly. Pret A Manger closed all of its stores in Boston and Chicago after sales dropped 87%. Larger chains with a major presence in urban markets, such as Dunkin’ and Starbucks, have said those markets are recovering much more slowly. Shake Shack, a major urban destination, has also struggled and is quickly pivoting to a more takeout-focused model.

What’s more, the urban recovery could take some time. Many Americans are believed likely to work from home for good, and even if people return to the office it is reasonable to expect a long time before there could be a full recovery. That makes the outlook for many of these urban concepts uncertain.

All that said, Corner Bakery was showing some weakness heading into the pandemic. Unit volumes declined by 2.4% last year, according to data from Restaurant Business sister company Technomic, while system sales declined 4%.

Unit count is also down. The chain finished 2019 with 175 units, down from 184 five years ago. Its system sales have averaged a 0.4% decline over the past five years, according to Technomic. The bakery/café segment, by contrast, has averaged 4.3%.