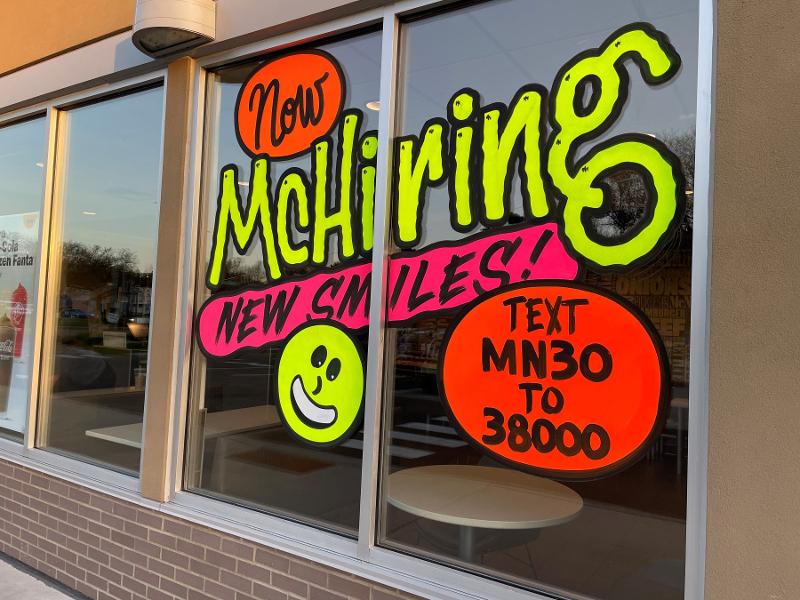 The restaurant industry added 186,000 jobs in May, according to federal data released on Friday, continuing a strong run of hiring as more restaurants open up for dine-in service and consumers eat out more often.

That was one out of every three jobs the economy added in May, according to U.S. Department of Labor data. The economy added 559,000 jobs and the unemployment rate declined to 5.8%.

The restaurant industry has been struggling to fill jobs in recent months even as state restrictions ease and coronavirus cases decline. Operators have raised wages, upgraded benefits and used incentives like sign-on bonuses or even interview bonuses to get people in the door. Chains like Jimmy John’s and Taco Bell have held massive hiring events, often hiring people on the spot.

Some McDonald’s locations are giving away iPhones to workers who take jobs and stick around. Operators say the challenge is largely about getting people to apply for jobs—not keep them.

“The challenge is more about applicant flow than it is turnover,” McDonald’s CEO Chris Kempczinski said at an investor conference this week, according to a transcript on the financial services site Sentieo. “It’s not that you’re seeing a big step up in turnover versus what was out there at pre-pandemic levels. It’s the applicant flow that is down pretty significantly from what we saw pre-pandemic.”

The labor force participation rate was 61.6% in May, 1.7 percentage points lower than it was in February of last year, suggesting a number of people have left the workforce and are not yet returning. There are 6.6 million people not in the labor force but who want a job—those folks are not counted as unemployed because they were not actively looking for work or were unavailable to take a job.