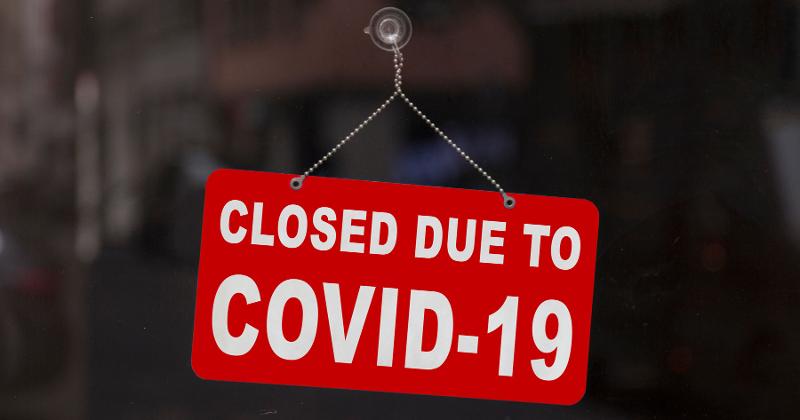 With restaurants suffering more damage from the COVID-19 pandemic than the National Restaurant Association had originally projected, the industry’s most powerful lobbying force is pressing Congress to adopt a relief program specifically for operators and their employees.

The Blueprint for Recovery calls for the allocation of $240 billion—or what the Association now expects restaurants to collectively lose in missed sales this year—solely for the industry. The funds would be used to keep restaurants in operation; rehire and retrain staffs once conditions ease; and pay for operating in what the Association suggests will be a new normal of social distancing and other increased safety measures.

The money would be given outright to restaurants rather than provided as loans, the form of federal relief taken to date for small businesses. The key effort was the Paycheck Protection Program (PPP), which channeled $349 billion in 1% loans to employers of fewer than 500 people through the U.S. Small Business Administration.

The direct-relief program would be in addition to restarting the PPP, the association said. The PPP ran out of money last Thursday.

Although restaurants were widely seen as a prime beneficiary of the PPP, only 4.5% of the loans actually went to the industry, according to research by the Texas Restaurant Association (TRA). The program also drew criticism because tens of millions of dollars were lent to big operations such as Ruth’s Chris Steak House and Potbelly Sandwich Shop, not mom-and-pops.

Congress is working with Secretary of the Treasury Steve Mnuchin to re-up the PPP’s funding. The participants have indicated that $300 billion in additional funds would be allocated under the plan now in the works.

The industry has complained that the PPP loans were not feasible for an industry scraping for a fraction of its usual sales. A key provision of the program is forgiving the loans if 75% of the borrowed funds are spent on payroll. Yet many restaurants pointed out that they had no need to maintain a staff if they were closed or only offering takeout and delivery.  The funds, they said, could have been put to better alternative uses, such as paying rent or other operating costs.

The Blueprint calls for resolving some of those problems for restaurants, including the two-year repayment schedule for the loans. The industry would prefer a 10-year amortization, as was originally provided in the bill creating the PPP.

In a survey of 6,500 restaurant operators, the National Restaurant Association found that 60% of the respondents do not believe a re-funded PPP will enable them to maintain their staffs while dining rooms remain closed.

The Association had predicted in mid-March that 5 million to 7 million restaurant industry employees would lose their jobs. It is now saying that 8 million jobs—roughly two-thirds of the industry’s total positions—have already been lost.

It had also projected back in March that the industry would lose $225 billion in sales through mid-June. It is now expecting $240 billion for the year.

“One month later, we have a clearer picture of the severe challenges that lie ahead, and ask for a focused solution on behalf of an industry that is a vital part of every community,” Sean Kennedy, EVP of public affairs for the Association, said in a letter to the congressional leaders of both political parties.

Kennedy argued that the restaurant industry has been hit harder by the COVID-19 pandemic than any other business. The Association also noted that it has lagged the rest of the economy in recovering from past financial crises.

The heart of the Association’s Blueprint is an emergency allocation of $240 billion specifically for the industry. It calls that component the Restaurant and Foodservice Industry Recovery Fund (RFIRF).

Under the structure proposed by the Association, restaurants could apply to the Internal Revenue Service on a quarterly basis for funds equal to their gross receipts from prior years.

The plan calls for setting strict do’s and don’ts for borrowers. For instance, restaurants would be required to file a detailed plan for how they intend to use the money, and would collect proof as the funds are spent that they were used as indicated. Expenditures not covered in the proposal would be regarded as loaned dollars and hence due the government.

The funds could be used to pay the salaries of executives and the fees of directors, but the compensation would be capped at pre-COVID-19 levels.

Permitted immediate expenses would include rent, utilities, debt service, insurance and vendor payments. Many of those charges were initially included in the calculation of what could be borrowed under the PPP, but the amount was reduced in the eleventh hour to 2.5 times a borrower’s pre-COVID-19 payroll.

In later quarters, restaurateurs could use the granted funds for restocking their inventories, purchasing sanitation equipment and meeting whatever health and safety requirements are imposed on reopening businesses.

Under the Blueprint, operators would get help in meeting new safety standards via a tax credit or grant program separate from the RFIRF. The breaks could be applied to the purchase of disposable safety products such as masks and new safety tools such as single-use menus.

The Blueprint also calls for allocating an additional $50 billion for Economic Injury Disaster Loans, a second form of loan from the Small Business Administration. That program is a more conventional disaster-relief aid, and much smaller in volume and focus.

To help restaurants’ top line, the Blueprint would enable establishments to accept Supplemental Nutrition Assistance Program credits, redeemable through the state and federal program for helping those in need obtain food.