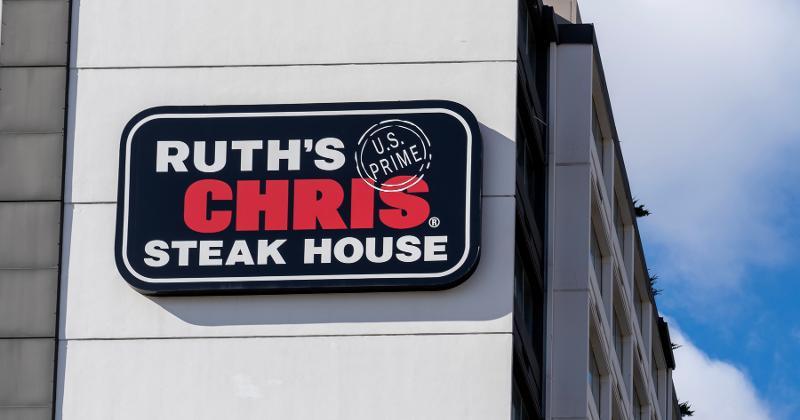 Ruth’s Chris Steak House is refilling its new-restaurant pipeline after a few years of unit count declines in the U.S. And it’s open to buying restaurants from franchisees as a way to get a foothold in some markets, CEO Cheryl Henry said Thursday.

The 150-unit chain plans to open five to seven new restaurants a year going forward, executives said on an earnings call, with five slated for 2022 and two leases already signed for 2023. The growth push began last year, and Ruth’s believes it’s a way to introduce new guests to the brand, the largest fine-dining steakhouse chain in the U.S. by unit count.

Ruth's has also been buying restaurants from franchisees in recent years, including three on the East Coast in 2019 and six in Hawaii in 2017. It could look to do more of that as operators emerge from a difficult couple of years.

“We continuously say we look for the opportunity. We're talking to our franchisees as we come out of the pandemic to understand where they are,” Henry said, according to a transcript on financial services site Sentieo.

“We … purchased it with not only the existing units, but also to have opportunities to grow the brand further within that territory, and we've been able to successfully do that with the two new units,” Henry said.

The company will continue to look for those opportunities, though it has no specific plans right now, she said. About 60% of Ruth’s 125 domestic restaurants are company-owned.

As restaurants across the industry start to get back to unit growth, many are encountering high costs and delays related to supply chain and labor shortages. Ruth’s acknowledged that its new steakhouses will be more expensive to build, and it has changed its restaurant design and materials accordingly.

“We are adjusting the size of our restaurants. We are value-engineering them as well to make sure that we bring the costs in line and meet the continued return expectations,” said COO Kristy Chipman.

Winter Park, Fla.-based Ruth’s did close two restaurants in the quarter, in Bethesda, Md., and in its struggling Hawaii market.

Ruth’s same-store sales for the quarter ended Dec. 26 were up 0.5% compared to 2019. They climbed as high as 6% in November, but were hurt by the omicron wave in December, when they fell by 5%. They had bounced back again in February, which is traditionally a good month for Ruth’s: Sales were up 4.3% through the first eight weeks of Q1 2022.