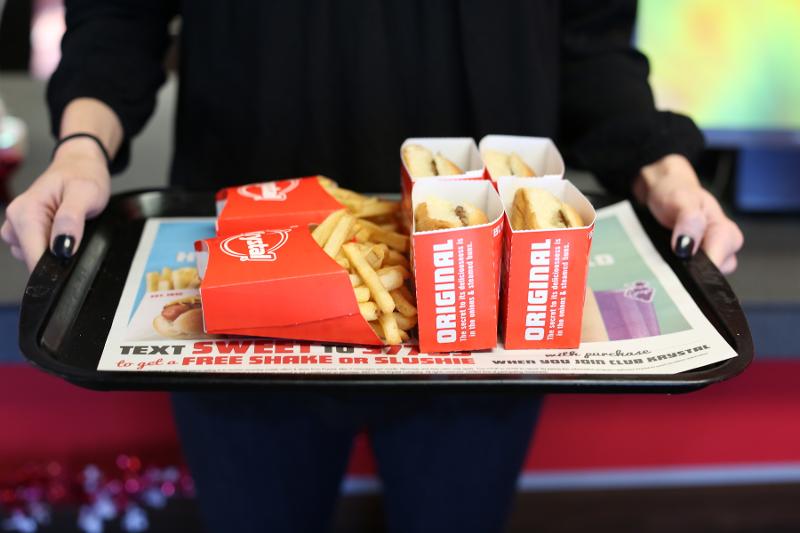 Not even an all-you-can-eat burger offer could save Krystal from bankruptcy.

The 300-unit chain filed for Chapter 11 bankruptcy protection this week, after months of executive changes, store closings and staff cuts all meant to improve the company’s deteriorating finances.

The chain closed 44 locations, including 13 on one day in December, according to bankruptcy filings. It also has about $65 million in secured debt, including a $1.5 million second-lien loan taken out in October to provide the Chattanooga, Tenn.-based chain with working capital.

The filing comes after numerous efforts that, several months ago, appeared to give the company some life, including an all-you-can-eat offer that company officials proudly proclaimed a success.

Krystal also filed for bankruptcy despite an equity infusion in 2018 that cut the company’s debt in half and helped to fund a scrape-and-rebuild remodel of nine locations that generated strong sales shortly after reopening.

Yet according to bankruptcy court documents the remodels were costly, about $950,000 per location. And even though Krystal reversed years of same-store sales declines last year, it would prove to be too late.

Bankruptcy filings said the company faced numerous “strong industry-specific headwinds” that hurt sales, including competition, delivery and labor challenges. “It is not uncommon for quick-service restaurants to face store-level turnover rates in excess of 200%,” the company said in a filing.

But Krystal’s biggest problem dates back to 2015, when the company took out $115 million in debt.

It cut that debt with an April 2018 equity infusion. That came at the same time as the brand brought in former McAlister’s Deli executive Paul Macaluso to be the CEO, and set about to revamp its operations.

The company was in need of a revamp: Between 2015 and 2018, the chain’s system sales declined by 10%, even though it had roughly the same number of restaurants, according to data from Restaurant Business sister company Technomic.

The equity infusion did not prevent the company’s financial deterioration. The company defaulted on financial requirements in its lending agreements at the end of the year, receiving a “going concern” designation.

Krystal defaulted again last year, leading to a forbearance agreement with its lenders and, ultimately, numerous changes in the brand and its operations.

It announced plans in October to sell as many as 150 locations to franchisees in several states to “spur the chain’s growth.”

That would double franchise operations and would get the company more in line with many of its fast-food competitors—though notably, rival White Castle is all company-operated.

It has been closing company-owned units for months: The 44 restaurants it shut down toward the end of 2019 represented one out of every five Krystal locations and 13% of its total unit count before the closures. It now has about 300 restaurants.

Complicating matters, however, was a payment card security incident at certain restaurants between last July and September. Krystal uses multiple point-of-sale systems, however, which likely kept the security breach from being worse.