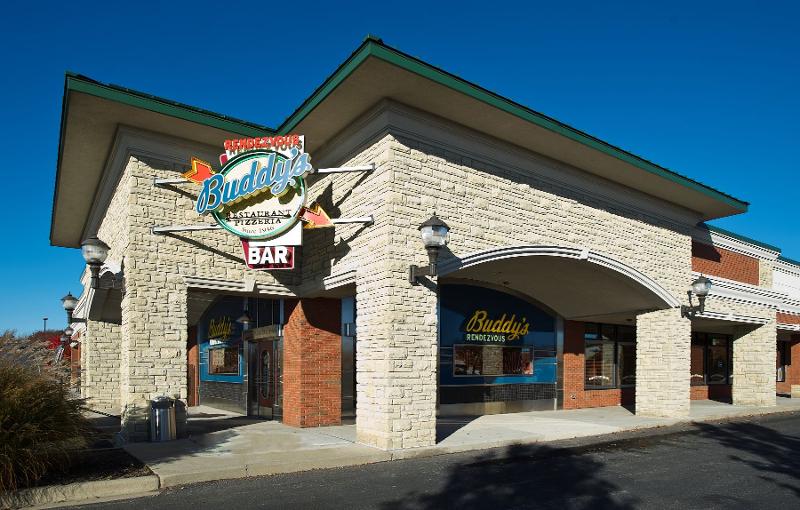 The 19-unit Michigan chain is widely considered the creator of the version of pies now associated with the city in which it was founded. The company has plans to grow beyond its state’s borders, and then earlier this year received a boost to that effort when one of the country’s biggest pizza chains introduced its own version of the product.

While Buddy’s takes some issue with Pizza Hut’s Detroit-style pizza, it is also taking full advantage of its brand of pie’s newfound popularity.

Buddy’s is using the occasion to remind people of its place in pizza history, while making a national offer to curious pizza lovers: The company is offering its par-baked and frozen pizzas through the mail order company Goldbelly. Profits will be used to help restaurants through the Barstool Fund. The deal is available through the end of April.

“We’d rather you come to Detroit and try it here,” said Wes Pikula, Buddy’s chief brand officer. “But if you can’t we can have it shipped. We’ll just donate and help the smaller businesses there.”

This effort also comes at the most opportune of times for Buddy’s, which has plans to grow well beyond its Michigan home.

Buddy’s was founded in 1946, and its history is the history of Detroit-style pizza. That year, Gus Guerra bought a former speakeasy turned neighborhood bar. He was looking for a method to make the Sicilian style of pizza he grew up eating, to sell to former servicemen returning home from Europe after World War II. It was war veterans who helped ignite the pizza craze in the U.S.

In the most Detroit kind of response, someone gave Guerra a rectangular blue steel pan used for scrap metal at the city’s auto suppliers. Guerra used them to make pizzas.

“It happened to work beautifully,” Pikula said. “What he found was, the pan over time starts imparting a better flavor. It gets more seasoned as it’s run through the over more times.”

That pan would prove key. “Step one was the pan,” Pikula said. At the time of the chain’s founding there were only two sizes, 8-by-10 and 10-by-14, which for a long time were the only sizes of Buddy’s available.

Then came the dough, which doesn’t have either oil or sugar—making it unusual for pizza. The dough is made with fresh, block yeast and is handled multiple times and double stretched and pressed multiple times.

A courser version of pepperoni, less likely to burn, is pressed into the dough and then the pizza is topped with cheese and two “racing stripes” of a light tomato sauce. The pizza is baked at a high temperature, giving it a trademark crust.

Over time, Buddy’s-style pizza became Detroit-style pizza. “In the 1970s, when I started, there were at the time many pizzerias that would either try tot hire an employee or use other sources to duplicate it,” Pikula said.

“Oh my God we loved it,” he added. “They would duplicate it. They deconstructed the pizzas and tried all kinds of things. But the original is done this way. It’s hard to duplicate.

“It’s a labor of love. If you’re making our pizza, you’re doing it by hand.”

Buddy’s was sold three years ago to the private equity firm CapitalSpring, when it had 12 locations. The company had hopes of taking the brand national and the next year hired Burton Heiss to be the CEO. The company now says Heiss is no longer the chief executive, however and is now searching for his replacement.

Unsurprisingly, Pikula doesn’t think much of Pizza Hut’s effort. “Based on the reviews, it’s not really Detroit style,” he said.

But the company still hopes to use the item to teach people about its own history and how its pies are made.

“It’s Buddy’s Pizza that everyone is trying to copy,” Pikula said. But he also adds that, “We’re more than happy to let the city take the name.

“For a city that’s been beaten up, a lot of great things come from here, from Motown to automotive to the gritty people who live and support everyone.”

UPDATE: This story has been updated to note that Burton Heiss is no longer CEO.