“We want to own the bacon category,” said Scott Randolph, vice president of culinary and R&D at IHOP. “Bacon is our french fries—50% of our customers order bacon so we are taking it to the next level.”

Steakhouse premium bacon is five times thicker than IHOP’s traditional bacon, which not only upgrades the breakfast experience, but opens the way for lunch and dinner innovation. “We are increasingly focusing on the p.m. daypart,” said Randolph.

Randolph sources fully cooked whole pork belly, which is prepared sous-vide style and hickory-smoked by the supplier. The hickory smoke matches the flavor profile of IHOP’s regular bacon, which remains on the menu.

The kitchen teams at each location slice the pork belly into strips or “steaks” ranging from one-half to three-quarters of an inch thick, for a natural, handcrafted appearance. It’s then cooked on a griddle and brushed with a slightly sweet maple glaze to complement but not overpower the bacon’s savory notes.

“Sous vide is perfect for bacon, because the technique keeps it tender on the inside as we cook it crispy on the outside,” said Randolph. The cook time is slightly longer and the glaze requires an extra minute, but the kitchens perfected the technique through video training at the store level.

The IHOP culinary team went with hickory smoke after extensive consumer testing, Randolph said. “Our guests pushed us toward that flavor and this bacon has 25% more hickory flavor than our regular bacon.” 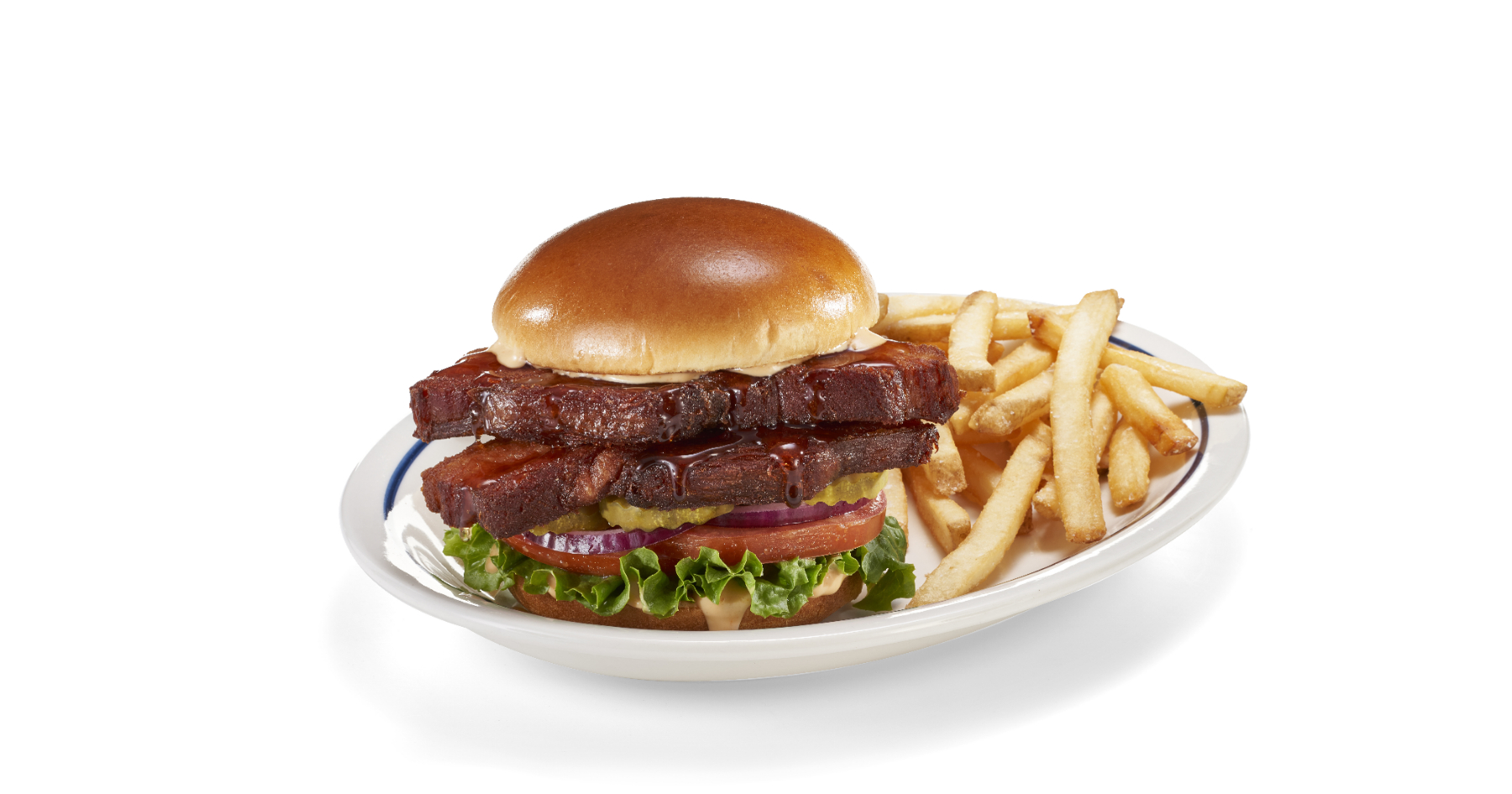 Both the thickness and hickory flavor make the bacon more adaptable to multiple dayparts, said Randolph. The Steakhouse BLT (above), one of the items on the Bacon Obsession menu, features two slices of the premium bacon layered with lettuce, tomato, red onion, pickles and IHOP signature sauce on a brioche bun. “It’s like eating a steak,” he said.

For the sweeter items on the Bacon Obsession menu, the kitchen candies bacon strips, which adds textural contrast. It goes into Candied Bacon Pancakes, which incorporate pieces of crispy regular bacon in the batter and are drizzled with vanilla sauce, dulce de leche caramel sauce and a sliced of candied bacon. The Maple Bacon Milkshake is similarly crowned with candied bacon, as is the Oreo ‘N Bacon Waffle Sundae. 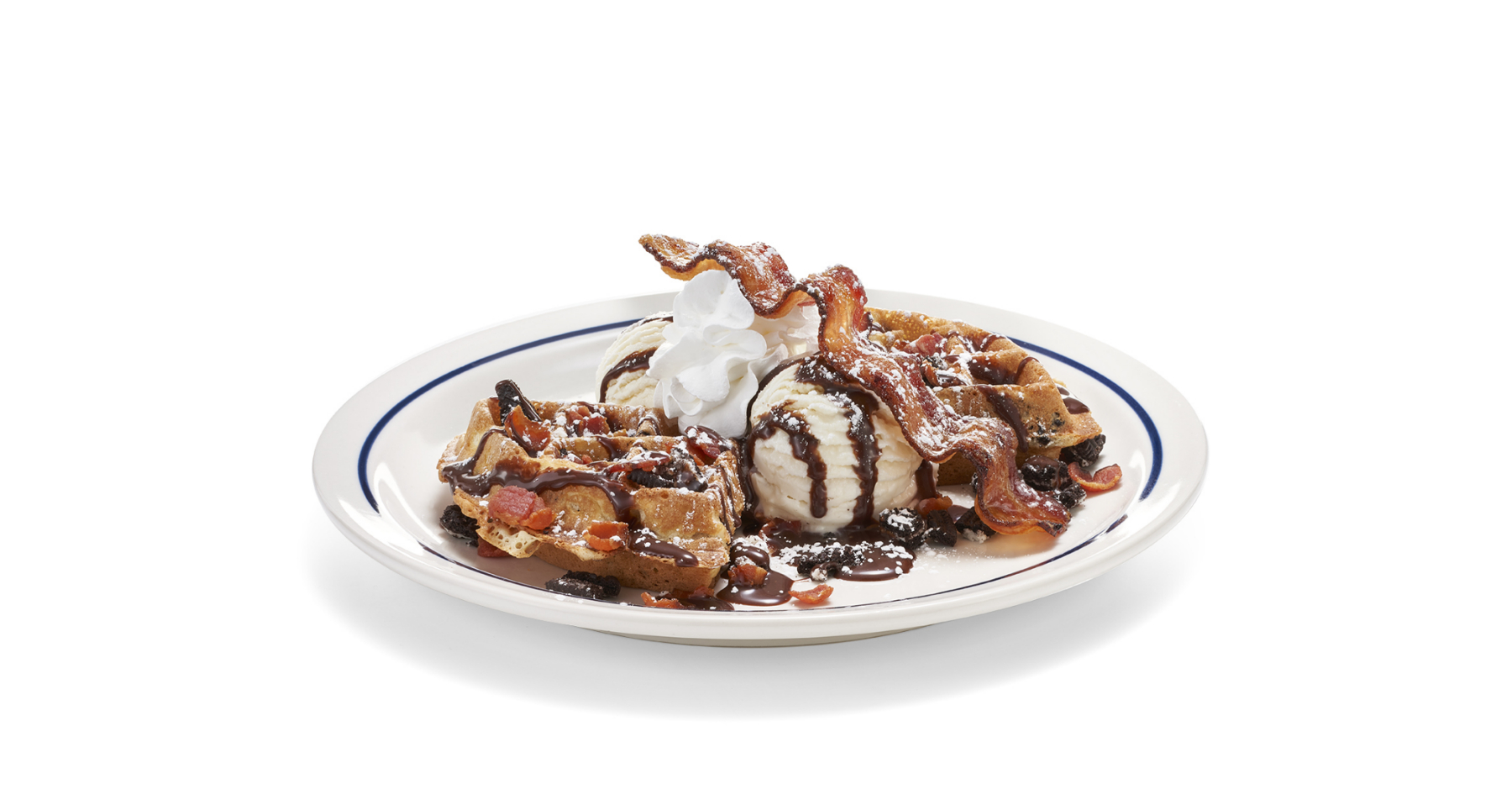 For a limited time, steakhouse premium bacon can be added to any breakfast combo for $1.49.

The new bacon took over a year to perfect, said Randolph, and while he wouldn’t reveal any secrets, he did imply that other combinations and items may be coming to the Bacon Obsession menu. Our guests tell us what the future direction will be and what makes it to the permanent menu, but approachable innovation continues to be the goal at IHOP,” said the chef.