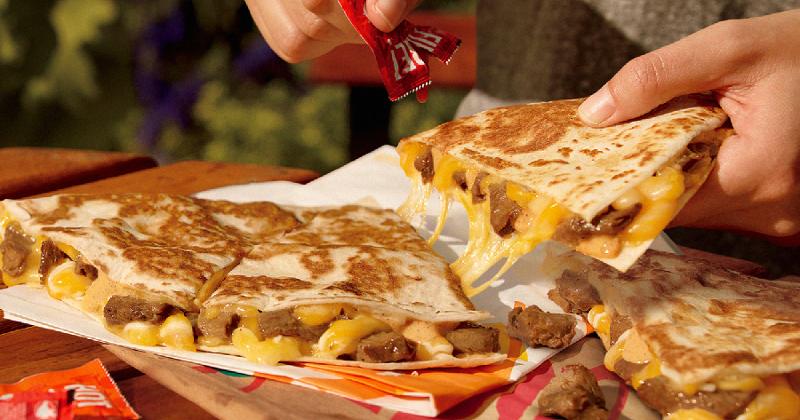 The new product was developed in partnership with Beyond Meat and will be featured in a quesadilla during the limited-time run. It will be priced the same as a traditional steak quesadilla and guests can also customize any other menu item by swapping in the plant-based carne asada at no extra cost.

The culinary teams at Taco Bell and Beyond Meat worked together to develop a plant-based protein that would complement the chain’s menu and flavor profiles. Beyond Carne Asada Steak is made from “simple plant-based ingredients,” according to a news release, which include faba bean protein and wheat gluten, and seasoned with Taco Bell’s signature spices.

The product is certified vegan by the American Vegetarian Association (AVA).

“At Taco Bell, we’ve long believed that anyone should be able to choose plant-based menu items without compromising the flavors they crave,” Liz Matthews, the chain’s Global Chief Food Innovation Officer, said in a statement. “This plant-based carne asada steak is just the latest move in our history of crafting some of the most unique, craveworthy offerings for all fans.” 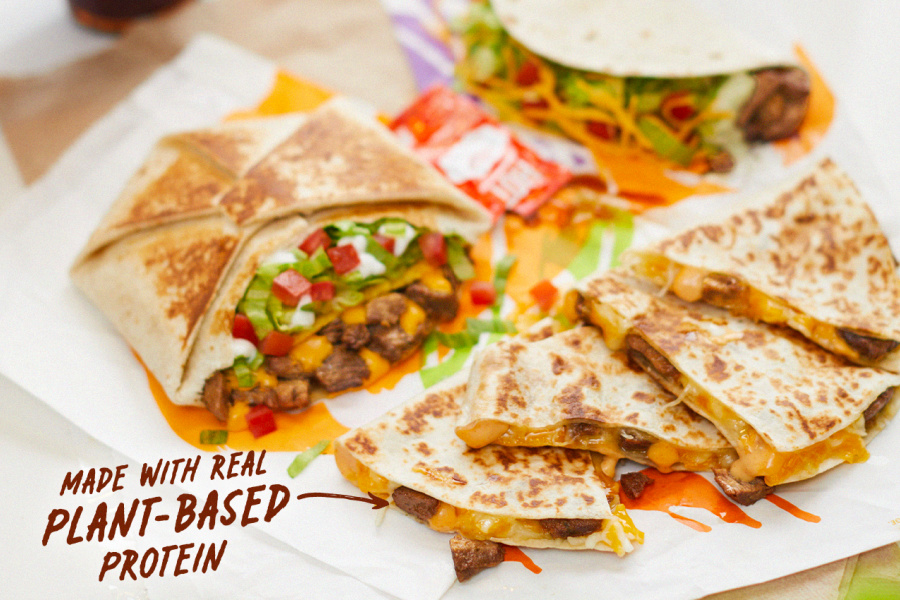 Beyond Carne Asada Steak can be swapped in for another protein in any Taco Bell item. /Photo courtesy of Taco Bell.

Taco Bell has established a track record as a vegetarian leader in the fast-food space, starting in 2015 as the first QSR to be certified by the AVA. In 2021, the brand’s vegetarian options represented over 12% of sales. And just last month, Taco Bell tested another plant-based option in Birmingham, Ala.—the Crispy Melt Taco filled with a proprietary soy and pea protein blend.

Beyond Carne Asada Steak will be available in the Dayton market for a limited time while supplies last. Prices may vary by location but the quesadilla will sell for around $5.19.