If you’ve ever wanted to start a “Jerry Springer”-style show for the restaurant industry, this is the week to do it. Insults and chairs will be flying before you can say, “I caught my spouse cheating.” 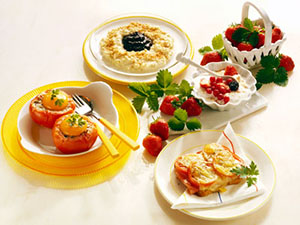 Consider the fisticuffs that would erupt with these guests:

Chipotle Grill founder and CEO Steve Ells and renowned chef David Chang, who could tag-team with another chef named Kyle Connaughton. Their tale, as reported in the New York media, has more intrigue than a “Game of Thrones” episode, so follow closely.

Connaughton, a former protégé of British kitchen god Heston Blumenthal, is suing Ells for reputation damage. The plaintiff contends that he was fired by Ells for accusing the CEO of stealing intellectual capital from Chang.

According to press accounts of the suit, Ells had hired Chang, the proprietor of Momofuku, to consult on a concept that would become ShopHouse Southeast Asian Kitchen. Ells and Chang squabbled and split, but Connaughton felt that Ells was still using Chang’s ideas, without letting the chef know or paying him for the ideas. When Connaughton objected, he was canned, according to the suit.

Chang reportedly is not part of the legal action. But his comments have suggested a lingering anger from the situation. So let the furniture-flinging begin.

The management of the New York Hilton and one of its higher maintenance guests. Some suggested props for the segment: A typical room service breakfast play, set next to the grab-and-go choices that’ll have to suffice for an in-room breakfast. The convention hotel is phasing out room service, figuring a food shop can fill the need.  We’re not talking about a Red Roof Inn here; the Hilton’s room rates are high even by New York standards. But the property sees no business value in delivering thirty or forty dollar breakfasts to guests’ three or four hundred dollar rooms.

Taco Bell’s marketing team and the co-founders of YouTube.  If a donnybrook erupts, expect other chain execs to fight alongside Yum’s biggest brand. The industry is tired of contending with videos that knuckleheaded employees or customers post on the site to gross out customers. In this instance, an employee is licking a bunch of taco shells. Taco Bell was quick to counter the fallout by declaring with assurance that none of the shells made it to the production line. There was no apology for hiring the sort of jack ass who regards pranks like those as the height of hilarity.

Hardee’s/Carl’s Jr. CEO Andy Puzder and McDonald’s CEO Don Thompson. Puzder, a lawyer by training, stars in a new guerilla marketing campaign from Hardee’s and Carl’s parent, CKE Restaurants. In videos posted on a website called ReclaimYourAngus.com, Puzder addresses McDonald’s customers who might be upset by the Golden Arches’ elimination of third-of-a-pound Angus burgers from the menu. Hardee’s and Carl’s Jr. haven’t deprived Angus fans of their burgers, Puzder explains. For a limited time, the chains will be selling their premium sandwiches at the same price that McDonald’s formerly charged.