“The way [the health-care law] is written, it's a death sentence for small business and a huge blow to medium- and large-sized chains and franchises." That's John Kunkel, founder and CEO of 50 Eggs Restaurant Group in Florida. 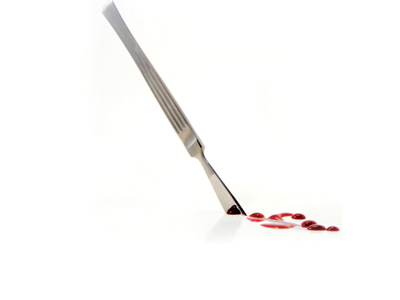 "When I crunched the numbers, I found out that the law's health care tax credit for small businesses would immediately cut 20 percent off the cost of insuring my employees… Suddenly, providing health insurance wasn't just something I dreamed of doing—it was something I actually could do… Let me tell you —that felt good!" That's Makini Howell, owner, Plum Bistro in Seattle, in an op-ed she wrote for The Washington Post.

Wherever you fall on this spectrum of opinion, there are things everyone can agree on: health-care reform is real and you have to start preparing for it.

“It's coming soon, like a freight train," says Rob Green, executive director of the National Council of Chain Restaurants. The train is the Patient Protection and Affordable Care Act, often called Obamacare, and its chief cargo will be rolling round the bend on the first day of 2014. While most debate has focused on its requirement that individuals buy health insurance, restaurants have their eyes on a different provision: the employer mandate. They'll have to play or pay: insure workers or pay a penalty to Uncle Sam.

There is a lot known about the new law, but there are still some rules left to be sorted out. Regardless, there is enough known that many in the industry are concerned.

"We met with our providers about a week ago to review our current plans and view contingencies, but there weren't a whole lot of options," explains Kunkel."There isn't a low-cost option out there. There isn't anything that's been proposed that's affordable and feasible."

“I think a ... healthy business is going to offer some health insurance offerings, but the conservative side of me says that it's going to be really hard for businesses to add this on top of all of the other things," says Eric Casaburi, founder of 25-unit Let's YO! Yogurt.

If you haven't started preparing for Obamacare, you're not alone. A July poll of 4,000 employers, by human relations consulting firm Mercer, found 56 percent had been waiting for a Supreme Court decision before planning.

In a presentation to the Restaurant Leadership Conference in March, NRA chairman and Buffalo Wild Wings franchisee Roz Mallet said the burden for restaurants"will become our largest expense by 2014."

Since the decision is past, so is the time for procrastination, says Gary Levy, hospitality industry practice director for New York-based accounting firm J.H. Cohn."Now that we do have the ruling, it's important to think ahead. It's only 18 months to the critical date when the meat of this law becomes effective."

Another reason to get acquainted with the act is its sheer complexity."I've been working in health policy for 20 years, and it is a nightmare," says Kim Monk, managing director of Capital Alpha Partners Consulting Group in Washington, D.C."They've micromanaged the hell out of all employer coverage."

Perhaps the biggest complication of the employer mandate is that one size doesn't fit all. Restaurants of different sizes face different dictates. What will the law require from you? It depends on where you fit among three different groups. For each of those groups, here's a guide to the basics of Obamacare:

If you have less than 50 employees, you fly under most of the law's radar. There are no sticks forcing you to offer health coverage. Instead, there's a carrot. Pay at least half your employees' premiums, and you can shave up to 35 percent of that expense off your tax bill.

But the rules for claiming that tax credit are very narrow. The maximum percentage applies to only 10 employees, phases out completely at 25 and lasts only two years."I've never had anyone in the industry tell me they're using the tax credits," says Michelle Neblett, director of labor and workforce policy for the National Restaurant Association.

Although there's no legal pressure to offer health insurance, there could be competitive pressures, cautions Keith McMurdy, employee benefits plan attorney with Fox Rothschild in New York City."Depending on the nature of your restaurant and the quality of the people you [hire], you may have to think about doing it, because other people in the industry are doing it."

Fifty full-time workers is the magic number at which the employer mandate kicks in. These companies will have to insure all full-timers or pay a penalty of $2,000 for every one in excess of 30.
But determining whether you're over or under that threshold is trickier than it seems. That's because half of restaurant workers are part-time, according to the International Franchise Association.
"We have unique characteristics that other industries don't have," says Monk."We're very labor intensive, and there's a lot of flux in employment levels for seasonal reasons and others. It's difficult to get a handle on what a full-time employee is."

If the sum is over 50, you'll have to play or pay. But even if you choose to play, you may not be home free."You could still be penalized, even if you're offering coverage," warns Jill Bergman, compliance manager for Cohn Benefits Consultants in Garden City, New York. Your plan has to jump through three more hoops:

With so many pitfalls for offering insurance, many mid-sized restaurants might find it cheaper to pay penalties, say benefits consultants. The International Franchise Association calculates that an eatery with 60 workers could save $683,040 on premiums by paying a $60,000 penalty.

Because penalties are charged only for full-time workers, one possible way to cushion the blow is to adjust scheduling. The IFA estimates that a chain with 64,000 full-time employees could cut its cost-per-labor-hour by 23 percent by making half of them part-time. A Mercer survey found that among retail employers, which include restaurants, 44 percent were planning such a strategy. Some operators have said they plan to hold off on expansion plans to stay below the 50-employee threshold. Others have talked of breaking up their business into smaller companies to avoid the mandate. Levy advises against this strategy.

"To go through a restructuring just to try to avoid the implementation of healthcare would be problematic and unrealistic," he says."Based on what I've been hearing from clients, it's cheaper to simply pay the penalty."

Bergman advises looking at all your options."Do modeling of what your costs might look like in a worst-case and a best-case scenario and in-between," she says. But remember, she adds, that insurance expenses are tax-deductible, while penalties are not.

In some respects, large chains have it easier than mid-sized ones. For one thing, they're more likely to be offering insurance already. For another, notes McMurdy,"If you're with a reputable carrier, it's a safe bet that the coverage you're buying is already compliant."

But if your chain has more than 200 employees, you face a new and potentially costly obligation: auto-enrollment.

Under most current insurance plans, workers can choose to join. But under Obamacare, all workers in large firms will be automatically enrolled, unless they opt out. That could mean paying premiums for many more workers than before.

"Certain restaurant companies offer health insurance right now, but their workers are not availing themselves of it," says Scott DeFife, executive vice president of policy and government affairs for the National Restaurant Association."They may only get a 15- to 20-percent take-up rate. What if they suddenly have a take-up rate of 40 to 60 percent? What is that going to cost?"

Large chains face one other potential snag: Just as they can be stung if their plans are too stingy, they can also be stung if they're too generous. If you contribute more than $10,200 for an individual, or $27,500 for a family, you'll have to pay a 40 percent tax on the excess.

But the excise tax is not a huge concern for most retail employers, says Tracy Watts, a partner at Mercer."They've pretty much said they will do whatever they have to do to bring their plan costs below the threshold."

In a July survey by Mercer, 54 percent of employers are planning to manage costs more aggressively. They'll do it by educating workers to be careful healthcare consumers, and by helping them to be healthier."Wellness programs continue to be very popular," says Watts.

If restaurants can find a silver lining in Obamacare, it's that there's still time to get ready, says McMurdy."Don't panic, and don't think you have to change immediately."

Restaurants have adapted to other confusing benefits laws before, he notes, like COBRA and ERISA."As far as compliance with regulations, it's not any worse than with other regulations we get."

Along with the health care reform's employer mandate, the industry will also be wrestling with menu-labeling rules the new law establishes. If you have 20 or more locations you will be required to "clearly and prominently" display calorie counts on menus and menu boards. Information on sodium and fat content would have to be made available upon request. The FDA says new rules will be finalized by the end of the year with implementation planned in 2013. The National Restaurant Association supports the rule, finding it preferable to the patchwork of state plans that currently exists. Others are against it. A coalition of pizza restaurants—including Domino's, Papa John's, and others—is trying to get the rules changed because of the difficulty they say they would face in posting calorie counts for the hundreds of pizza variations they can serve.