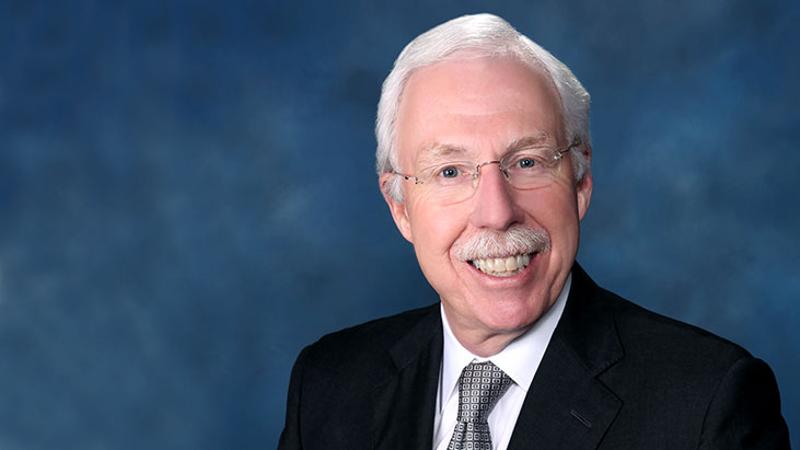 Never mind the statistical impossibility of a tossed coin landing heads-up nearly every time. Ed Doherty insists his success as a restaurant franchisee is a tale of phenomenal luck, starting with the purchase of his first restaurants in 1985.

The odds didn’t look all that favorable back then, recalls Doherty, whose empire now extends to five franchised concepts and two brands his company developed on its own. At the time, he had an open career lane at Marriott, where he’d scouted sites for two of the hospitality behemoth’s restaurant chains, Roy Rogers and Big Boy. He could go corporate and move to headquarters, enjoying all the security and perks of a well-paying executive job. Or he could stay where he felt most comfortable, raising a family in the Garden State. “We were living in New Jersey, and I really like New Jersey,” he says, noting that he and his wife still reside there.

The decision might have been easier if Doherty hadn’t known of Marriott’s problems with 19 company-run Roy Rogers restaurants in Connecticut. “The restaurants were doing about $680,000 a year, and were losing about $700,000,” recalls the East Coast native. “I thought, ‘I could turn them around.’”

Marriott agreed, kicking off his rabbit’s foot run. It agreed to sell him the stores for $1 million total, or about $50,000 per restaurant.

The streak could’ve ended there, since a love of Jersey wasn’t bankable security for a $1 million loan. But Doherty found a bank in Connecticut that was sympathetic to local entrepreneurs. To his surprise, the owner of the lending institution was a McDonald’s franchisee. “He said, ‘No one buys 19 restaurants for $1 million,’ and I got the loan,” says Doherty.

From there, it was a nightmare for oddsmakers. He amassed a portfolio of Roy Rogers units, a precursor of today’s fast casuals. “From 1985 to 1990, we turned it around, basically doing double the prior [owner’s] sales,” he recalls.

Even when that venture went south in the early ’90s—the result of the concept’s purchase from Marriott by the parent company of Hardee’s—Doherty says he could feel the fates smiling upon him. He’d come across a place in his travels called Applebee’s, and liked what he saw.

He cold-called the brand, which then had about 480 restaurants nationwide, and learned the appreciation wasn’t mutual; Doherty lacked the financial wherewithal typically required of a franchise.

He calls it luck; others might say it was the leverage of having operated successful restaurants for years. Whatever the catalyst, Doherty’s request for a franchise was fielded by Larry Bader, a key figure in Applebee’s ascendance into the largest casual-dining brand. Bader liked Doherty. “I got lucky,” he says. “He got me through the approval process.”

Once in the system, Doherty would extend his operations to 107 Applebee’s restaurants. He found a buyer for his Roy Rogers units in Wendy’s after tripling sales at three conversion test sites, and stumbled upon a new sort of concept called Panera Bread Co., of which there were about 350 at the time. Luck, he insists.

But even the 69-year-old admits his acumen for siting, management and operations might have something to do with Doherty Enterprises’ success.  He notes that the company’s holdings are among the three most highly scored franchisees within all five of its partner chains. In addition to Applebee’s and Panera, those brands include Noodles & Company, Chevys Fresh Mex and Quaker Steak & Lube.

Executives of chains whose franchises are operated by Doherty say the onetime real estate specialist knows how to pick and run brands. They also attest their luck doesn’t run to having a silent partner in the New Jersey-ite; he doesn’t hesitate to challenge them when he sees the chain veering off what he considers the right path. “I express my thoughts very distinctly and clearly,” he notes.

A big part of the formula, says Doherty, is setting a simple aim for the organization. All of Doherty’s employees are told to shoot for what he calls “wow.” Everyone is expected to represent the brands with the caliber of their service and execution, he explains. In return, Doherty says he strives to make that effort worth their while. “My No. 1 job is to protect the livelihood of the 10,000 people who work for me,” he says.

It’s not a holding action, but more a matter of fostering opportunity and translating the company’s operational edge into greater profitability, so everyone can earn more money and grow.

That comes down to spotting opportunity—or as he relates it, realizing where luck has delivered again. When he had some real estate that wouldn’t work for the company’s other brands, he created one in partnership with fellow franchise operator Harry Rose, an Irish pub called The Shannon Rose. Two are now in operation. A site in Long Island, not far from where Doherty grew up, was turned into an Italian restaurant called Spuntino, featuring small plates and wine.

Two of Doherty’s three children entered the business after a mandated diversion: They worked in the front of the house in their teens, but “When they got out of college, they had to go out and work elsewhere for at least four years,” says Doherty.

They now have a role in the business, but that doesn’t mean Doherty is looking to stop testing his luck. Retirement isn’t in the plan. Indeed, he intends to celebrate his 70th year by visiting all 163 of Doherty Enterprises’ restaurants, looking for the “wow.”