El Pollo Loco has hired a former Starbucks executive as its chief operating officer, the quick-service chicken chain’s third C-suite appointment in the past year, the company announced Tuesday.

As COO, Lozano will work toward simplifying all operations at the 480-unit chain with an eye toward driving brand growth and increasing revenue, the company said.

“His proven leadership skills and extensive knowledge of the restaurant industry will be instrumental in helping El Pollo Loco simplify and transform our operating platform to ensure meaningful and sustainable growth for the future and also do it in a way that is consistent with our values,” Bernard Acoca, El Pollo Loco’s president and CEO, said in a statement. 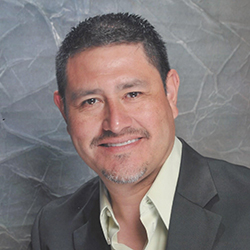 Earlier this month, the chain’s stock took a tumble when the company revealed it had paid more than $36 million to settle lawsuits in 2018. El Pollo Loco also forecasted weaker-than-expected earnings for 2019.