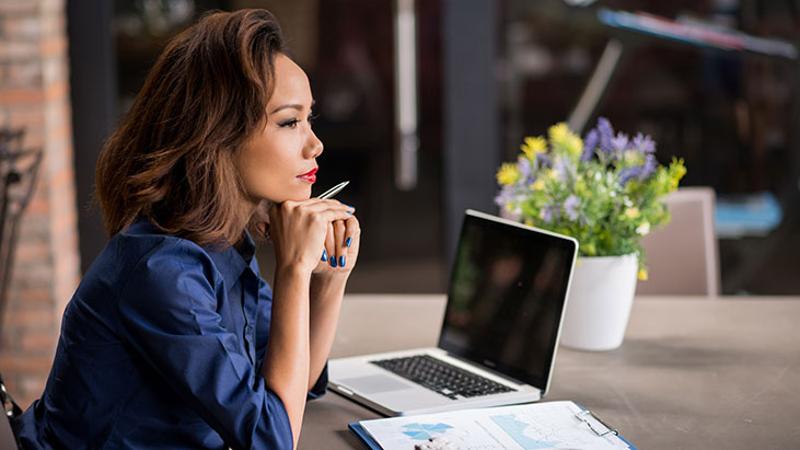 As an SVP of Starbucks, Clarice Turner handled big projects for a very big chain—steering the 16,000-store empire into nighttime bar service, to name just one of the moonshots. But after working at NASA scale for seven years, Turner left the industry’s second-largest chain this summer for a brand too small to appear on most sales rankings: 28-unit Boudin Bakery.

Ralph Bower understands her reasoning. In two decades of leading restaurant chains, his smallest charge was 300-store Pei Wei Asian Diner. He left the fast-casual sister of P.F. Chang’s in August to become CEO of The Melt, an operation with 19 units.

The pair are hardly unusual in leaving resource-rich operations of scale for small growth concepts still in entrepreneurial mode.

Irene Cook was SVP of Panera Bread before joining the C-suite at Dug Inn, a farm-to-table fast-casual chain with 12 stores.

Larry Mench packed up the personal items from his VP’s desk at Tim Hortons and began to introduce himself as COO for the seven-unit Oasis delivery chain.

Turner, a former president of Papa Murphy’s, insists that size was less important to her than geography. For nearly a decade, she’s been slogging back and forth from Starbucks’ Seattle headquarters to the San Francisco area, where her husband and family continued to reside.

But Turner admits her inner entrepreneur was yelling “Take it!” when the opportunity at Boudin arose, in part because she grew up eating Boudin’s signature product—its namesake sourdough bread. The brand has been a San Francisco staple for more than 160 years.

“It’s not a matter of small being better or worse; it’s a matter of it being different, and you have to get used to that,” she says. Still, she acknowledges, there are advantages to being in more of an entrepreneurial setting.

“You can really get your arms around the business and see the effects of a five-year program unfold,” Turner observes. “It’s a lot more immediate.”

“One of the things I was really excited about was being on the ground floor of creating a new food concept,” says Bower, who was the president of Popeyes’ 1,750-store domestic operation before working at Pei Wei.

The flip side is having few resources in hand to fuel the process, from people to capital to infrastructure. Won’t those assets be sorely missed?

“To be honest, I didn’t think too much about what I’d be giving up,” says Bower. “What I thought about was the opportunity to build a team from scratch, to set up an organizational structure that could grow as the business grows.”

He voices noticeable enthusiasm about The Melt’s reliance on technology, a point of distinction for the brand and a professed strong lure for the one-time single-unit operator. The concept’s co-founders include Jonathan Kaplan, inventor of the Flip camera, and an entrepreneur well versed in technology.

“When I spoke to the board and learned of their tech careers, of how technology-driven the concept is, I got more and more excited,” says Bower.

But a smaller scope of responsibility can also translate into smaller compensation packages.

Turner does not reveal specifics, but notes that “compensation is always one of the considerations. That personal business model has to work for you.” And obviously, she says, it worked for her because she’s in the job.

Bower said that compensation wasn’t a major topic of discussion in the courtship with The Melt. “I’ve learned that if you enjoy what you do and you’re passionate, the financial aspects will take care of themselves in the end,” he said.

Besides, “We have the opportunity to build a great brand, to create a national brand,” he adds. “If I do it, I think I’ll do just fine.”

A lot more restaurants are paying their rent