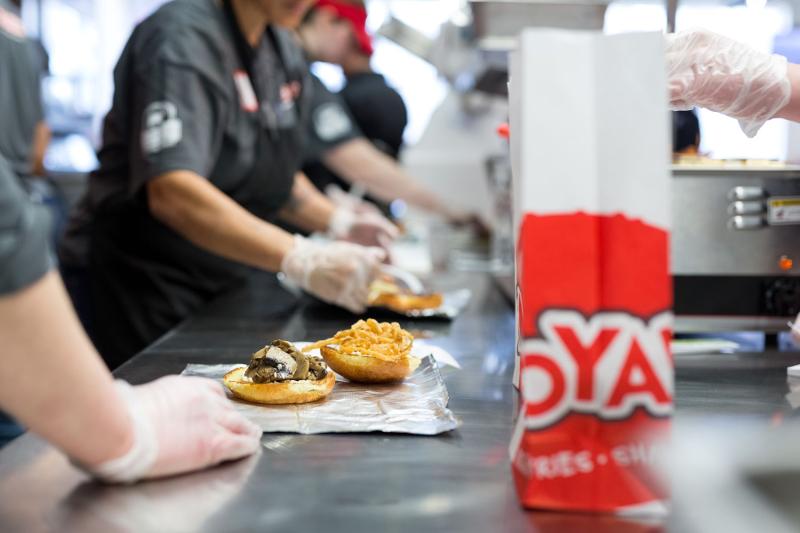 Willmarth will oversee day-to-day operations for the nearly 90-unit better-burger concept, working closely with Mooyah CEO Anand Gala. The new president will also be charged with developing a strategy to grow the company.

Gala, a multi-chain franchisee, acquired Mooyah in 2017 along with Balmoral Funds, a private equity firm.

“I’ve been a fan of the brand for a long time,” said Willmarth, adding that the chain’s second location opened near his former office at the old Pizza Hut headquarters in Dallas and that another unit opened later, just down the block from his house.

“I’m very excited to have somebody of Anand’s caliber, really, as a partner,” he said Wednesday, the day before he officially started his new job.

Willmarth takes over the post from Tony Darden, who became Mooyah’s president in May 2019. Darden, a longtime Panera Bread executive, left in June to become chief operating officer for Jack in the Box.

“I’ve got a lot to learn,” he said. “That’s what makes this opportunity very compelling to me.”

His initial focus will be on centering the narrative on Mooyah’s high-quality food and execution.

“We want to re-focus on telling our core quality story,” he said.

He has no plans to shake up the chain’s menu.

But new store designs are on the table for discussion. Currently, none of Mooyah’s locations have drive-thrus.

In February 2020, just before the pandemic began, the chain debuted its first major redesign in its more than 10 years in business. The new prototype walled off the previously open kitchen, to cut down on restaurant noise and create more storage space.

“We do not have drive-thrus … yet,” he said. “That’s certainly an area we’re looking into … Everybody has been quick to roll out the ‘drive-thru of the future.’”

Drive-thrus are a challenge for the brand, which cooks burgers to order, he said.

Mooyah plans to open at least 13 new restaurants next year and even more in 2023. While the chain is seeing interest from franchisees, Willmarth said it is being selective about the geographic areas it pursues to ensure those restaurants have an adequate base of support.

“It’s about looking at core markets and core strengths and places that are successful today and have room to grow,” he said.